Well, there can be dozen of reasons behind slow WiFi speeds or wifi suddenly slow. The wireless channel, WiFi signal strength, the router, internet congestion, and many other things can affect your WiFi internet performance, possibly making it slower than it should be.

In this post, MySpeed is going to let you know common possible reasons for poor WiFi speeds. But first, it’s good to learn a few basic things about WiFi connection. Table of contents
What is Wi-Fi and WiFi speed test?
Common possible causes for slow WiFi speeds
Distance from the router
Place the router in the wrong location
Use the inappropriate spectrum band
Too many devices using the network at once
Have lots of bandwidth-heavy activities
Out-of-date router
Slow, older devices
Low internet plan
Other causes

What is Wi-Fi and WiFi speed test?

Wi-Fi, also known as WiFi, wifi, wi fi, or wi-fi, is the wireless technology used to connect laptops, smartphones, tablets, or other devices to the internet.

To be more specific, WiFi is the radio signal originating from a wireless router and sent to nearby devices. The WiFi signals, well, can be picked by any wireless-capable device, including PCs, mobile devices, and other equipment (printers, video cameras, game consoles, and more).

Whenever you want to check WiFi speed and measure how fast or how slow it is, it’s good to run a WiFi speed test. Normally, the test results will let you know specs about your WiFi connection’s current download speed, upload speed, and ping time.

Since WiFi signal is transmitted through the air, it’s considered slower and less consistent than a wired Ethernet connection.

In addition, there are also possible reasons for slow WiFi. Keep reading on to find out. 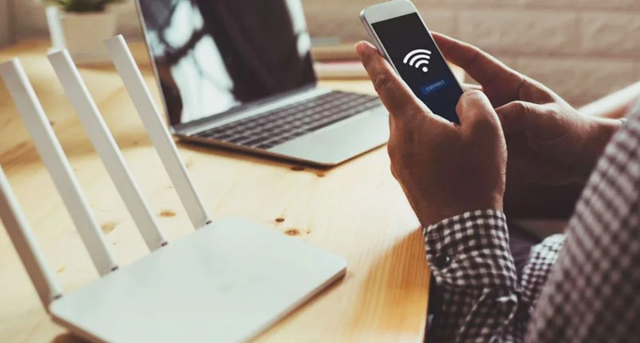 Following are the top common causes for slow WiFi internet speeds. Let’s see what causes wifi to be slow!

Distance from the router

As you probably know, the WiFi itself is not as consistent as a wired Ethernet connection. That’s why it’s kind of very normal if you find WiFi slow but Ethernet fast or wifi slow but wired fast. While factors like wireless interference, physical obstructions, and, of course, distance from the router can directly affect WiFi performance, they have no impact on the Ethernet connection.

Since WiFi signals originate from the router and are all transmitted through the air, the distance between the router and the connected devices always matters to our WiFi experiences.

It’s worth noting that the farther the distance between your device and the router, the weaker the WiFi signals and speeds.

See also: Does an ethernet cable slow down wifi? 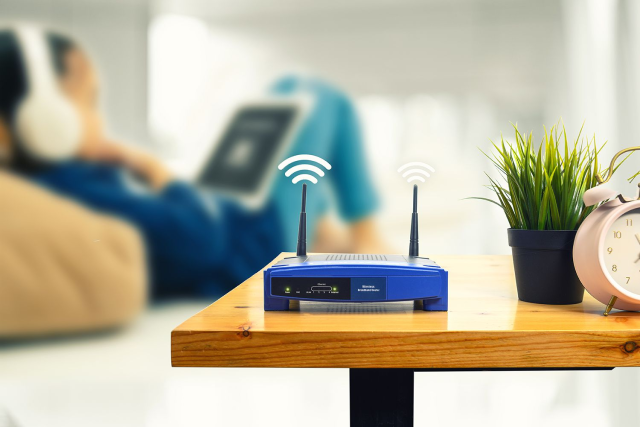 Place the router in the wrong location

The location of your router plays a crucial role in deciding whether or not the WiFi signals can reach your devices properly and offer optimum internet speeds.

Of course, it’s never a good idea to leave your router in the closet, on a bottom shelf, or behind other furniture. This is a sure way of hindering your WiFi performance.

Also, as being transferred via the air, WiFi signals are prone to things like wireless interference and physical obstructions. It seems so hard for WiFi signals to penetrate through metals, cement, concrete, etc. If there are physical objects, especially the big ones, between your device and the router, the WiFi signals can be interrupted or even blocked. In addition, devices working on almost the same frequency as WiFi connection (i.e., 2.4 GHz) interfere with the signals, affecting their strength. See also: Why is my wifi so slow at night?

Use the inappropriate spectrum band

Another possible reason for computer WiFi slow, wifi slow on Mac, or sluggish WiFi on any other devices might lie in the inappropriate frequency band.

Wireless networks use 02 major frequency bands of 2.4GHz and 5GHz. For sure, there are differences between these two that directly affect how fast and how far the data can travel over the WiFi connection. While the 2.4GHz band provides slower speeds at a longer range, the 5GHz band offers faster speeds at a shorter range.

Too many devices using the network at once

Does having too many devices on wifi slow it down? Yep, it does.

The total bandwidth of an internet network is divided between users or devices connected to it at a time. So, the more devices using the network at once, the more bandwidth is required. When too many devices use the network simultaneously, requiring too much bandwidth that your connection can’t support, then slow speeds for all, of course, can be expected. 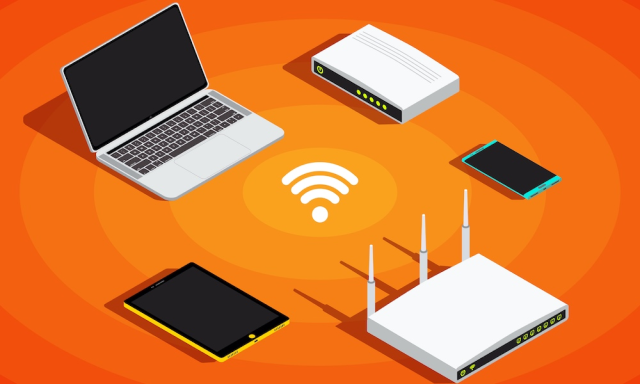 See also: Why is my Xfinity wifi so slow?

Have lots of bandwidth-heavy activities

Bandwidth is the maximum amount of internet data that can travel over a connection at any given time.

Any bandwidth-heavy program running on your device (or other people’s device that also uses the network) will affect the internet speed.

Activities like web browsing and email checking do not use much bandwidth. However, things like video streaming, downloading large files, making video calls, etc do consume significant amounts of bandwidth and could slow down your WiFi connection. As mentioned previously, your router is critical in determining how well and how fast WiFi signals get transferred.

In actuality, out-of-date routers or older routers may be a big reason for slow WiFi connection.

According to hellotech.com, older routers aren’t usually able to support the newer WiFi standards. And as per gadgets.ndtv.com, even when you can have a high-speed internet plan, you still can't take full advantage of it if your WiFi router is old or isn’t able to comply with the later WiFi standards.

See also: Why is my wifi upload speed so slow?

In some cases, the source of the problem doesn’t lie in your router or the connection itself but in the devices that you use to connect to the internet.

As you probably know, different smartphones, tablets, PCs, and others have different speed capacities. With older devices that use slower internet technology, the high chances are that they can’t fully handle the latest WiFi standards.

See also: Why is my Verizon wifi so slow? Fios slow WiFi 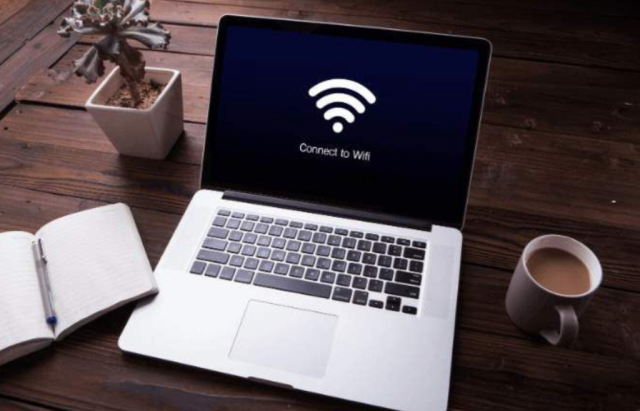 If you are having a low internet plan that doesn’t offer adequate speed and bandwidth for the internet needs of you and the people in your household, then experiencing slow WiFi speeds is certain.

Of course, it’s not necessary to get a high-speed internet plan if you use your connection on just one device to engage in basic activities like checking email, browsing websites, or surfing social media. A low one can be enough.

But, if your household has multiple devices, which are frequently connected to the network simultaneously, a low internet plan can be never enough. More importantly, if these devices often perform heavy activities that require downloading and/or uploading large amounts of data, then what you need is a good internet plan with a lot more internet bandwidth and much faster speeds.

Well, inadequate bandwidth is one of the top reasons to consider when it comes to slow wifi speed.

See also: Why is my Comcast wifi so slow? 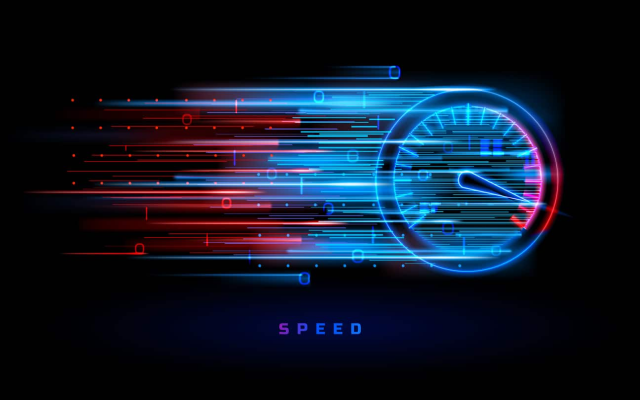 Along with all the above reasons, there are, of course, many different reasons that might slow down your WiFi connection, too.

Weak router antenna, internet rush hours or internet congestion during internet peak hours, running the router for a while without rebooting it, viruses and malware, using the wrong WiFi channel, someone stealing WiFi, and more are also possible causes for slow WiFi speeds.

See also: Why is my wifi extender so slow? 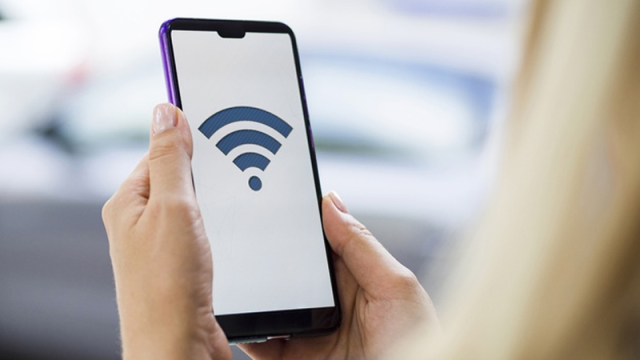 Above are some common possible causes for slow WiFi speed. As you can see, a wide range of things can affect your WiFi performance, resulting in poor speeds, right? And that’s all for this blog post. Next, MySpeed will walk you through simple but effective ways to troubleshoot slow WiFi. Want to know how to make WiFi faster? Check out MySpeed’s upcoming post now!