Wireless vs wired networks: which Online shopping should use?

Many of us are so familiar with working over a WiFi Internet connection at home, at coffee shops, and wherever we use our phones that we are inclined to believe that hard-wired Internet is no longer required. However, before you ignore or even forsake your Ethernet connection, you should evaluate the advantages it still provides over wireless technologies. Especially, for online shopping, which method between wifi vs ethernet speed should you choose? 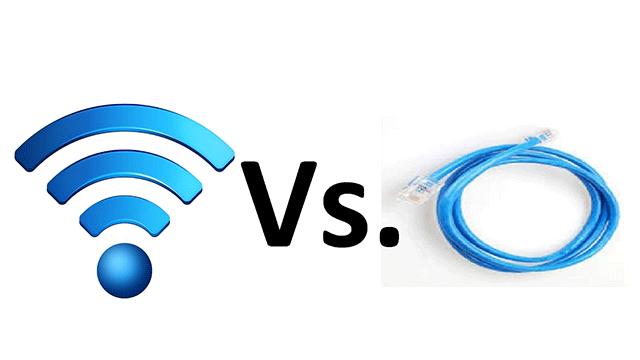 Wireless vs wired networks: which Online shopping should use?

Virtual reality was previously exclusively found in science fiction tales. Today, virtual reality is taking over as our primary reality. Everything is able to be done online. We can totally watch movies online, interact with others all over the world online, date online, shop online, work online, read online, go to school online, and endless different things. It can not be denied that how much wireless connection assistant our life. All we like the ease of being able to connect to the internet from any place; the mall, coffee shops, airports, hotels, any room in our house, and wherever else we can find a free Wi-Fi hotspot. However, are we aware of what we are giving up in exchange for that convenience?

After finding out the Ethernet connection, you will prefer it for some reason. About its history, a team at the Xerox Corporation's Palo Alto Research Center (Xerox PARC) in California invented Ethernet in 1973. The team, directed by American electrical engineer Robert Metcalfe, aimed to develop a system capable of connecting multiple computers across great distances.

So, despite the fact that wireless is all the rage, let's look at why Ethernet is still going strong.

Between Wifi vs ethernet speed, hard-wired Ethernet connections are more preferable for numerous reasons, including speed, latency, security, and reliability. In general, an Ethernet connection enables quicker data transfer from your computer to the Internet. It has less latency than WiFi and is less prone to losing connectivity.

Run a Speed check internet to measure the speed

Furthermore, wired connections are less difficult to safeguard than wireless ones, lowering the chance of a data breach. All of these elements are critical for organizations that handle huge volumes of data and cannot afford even a temporary delay in connectivity.

Let's face it: wireless networks aren't really secure. That is why encryption standards must be updated on a regular basis. Even when corporations and colleges pay enormous fees to safeguard their wireless networks, they may still be hacked, and the common person's security is nothing like that of such institutions. 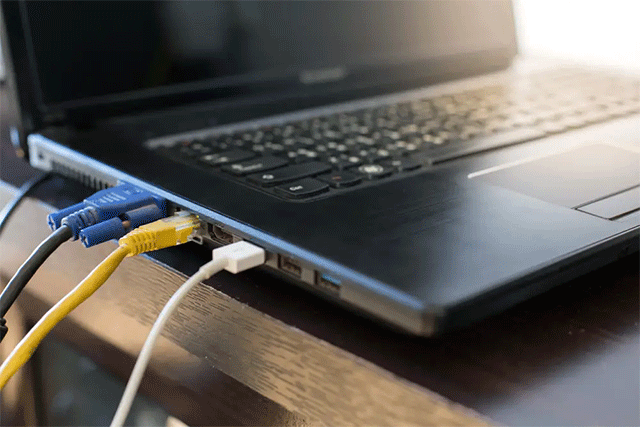 is wired connection better than wireless

We do everything online, therefore virtually all of our personal information is freely available. A fairly experienced hacker in any area might quickly get access to five or more networks using simply a laptop with a wireless connection. In contrast, a wired network is entirely confined. Therefore, wired connections are more secured.

However, while speed is one of the most frequently mentioned advantages of Ethernet, it is most essential when transferring data via a local area network (for example, if you own a manufacturing company and constantly send complex drawings or CAD files to an in-house server). 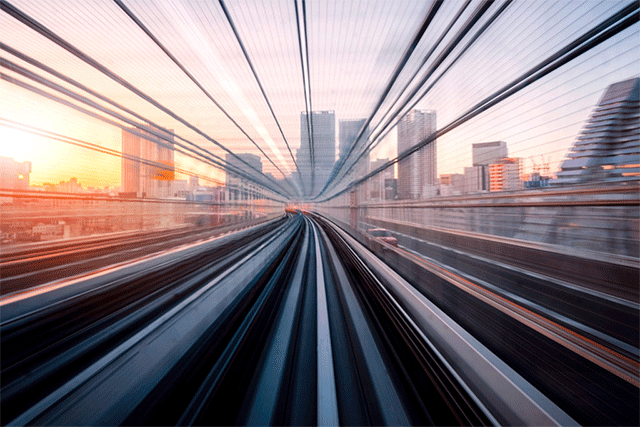 Ethernet provides a higher speed than the wireless connection

This is due to the fact that wired connections transfer data from PCs more quickly than Wifi. However, the speed at which data may be sent between devices is not the same as your internet connection speed. Bandwidth is the ultimate bottleneck that slows data flow between your workplace and the rest of the globe. In the past, you could wait hours for a 20 MB file to download using dial-up (those were dark days). Modern Ethernet connections may achieve rates of up to one gigabit per second. That's more than three times faster than the fastest Wi-Fi connections available.

Wireless networks are prone to a variety of connection issues, especially if you attempt to access the network at the network's wireless range's limit. It is also not unusual for the router to crash and require resetting. Wired networks seldom fall down until the entire building loses power. Otherwise, wireless networks have problems when obstacles such as walls obstruct the transmission. 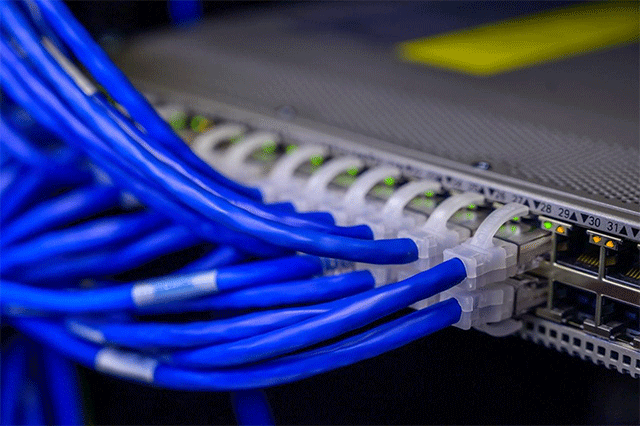 A wireless Internet connection will enough for many tasks, and most people prefer the ease of wireless over the modest benefits of Ethernet. Furthermore, advances in WiFi technology are constantly closing the efficiency gap between wired and hardwired Internet. Even if your business does not require the connection speed, low latency, and reliability of Ethernet, there are still factors to consider before going completely wireless. 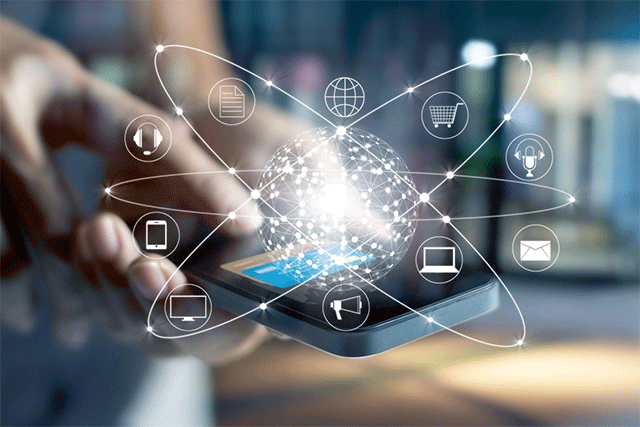 Which Online shopping should use?

For business, online shopping as well as many other fields, between wireless and ethernet speed, Ethernet is still better.

Getting into any new office areas, let’s have an IT professional look at your Internet connections. Although your workplace should be outfitted with gigabit switches capable of handling current workloads, several firms move into an existing facility with the expectation that the "pre-wired" connection will be enough. Unfortunately, they are occasionally 10-100 switches that are incapable of keeping up with current bandwidth usage.

There are a few more reasons why a wired Internet connection could be a good idea for your business. Many phone systems, for example, require a hardwired connection to work properly, and many desktop computers are designed to be hardwired. This might also be useful for troubleshooting Internet connectivity difficulties. 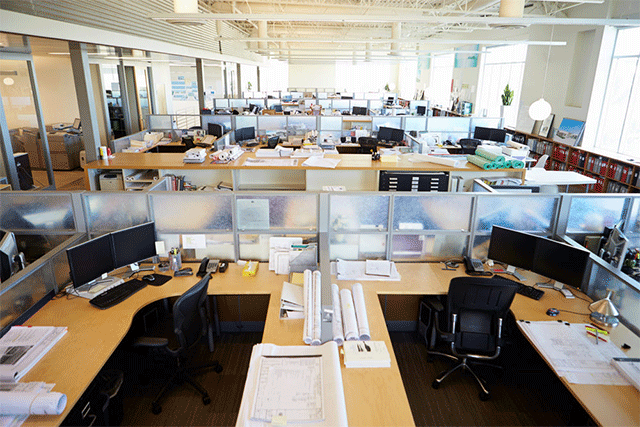 Benefits of ethernet over wifi

Hard-wired Internet cables offer a benefit over wireless since their single point of connectivity makes diagnosing and troubleshooting difficulties easier. Wireless connections are likewise vulnerable to a greater number of factors. These include the number of people in the room as well as the user's position in regard to walls and other obstacles.

Whilst, if your company still chooses wireless connection, there is something needed to notice. Ascertain that all new WiFi devices adhere to the most recent 802.11 AC Wave 2 standard. Because it allows many users as well as multiple inputs and outputs, this will be important for your business to access faster (otherwise known as MU-MIMO). WiFi equipment that supports 802.11 AC Wave 2 can handle multiple inbound and outbound streams. This implies that your WiFi may concurrently transmit and receive data, resulting in much-improved streaming music or multimedia performance.

You will want to take advantage of the new standard not just for its improved performance, but also because it positions your company to benefit from future technological advancements. Furthermore, all new Apple products enable MIMO over 5Ghz bandwidth, which is expected to become the new industry standard within the next several years. So, for a more seamless experience, you want all devices to meet the Wave 2 standard.

After finding out many advantages of both Wireless and Wired connection, it can be concluded that for business, using Ethernet connection is still better. Besides, if you are going to create online shopping, Wired network should be your choice. It will provide you high speed, high security as well a stable connection to you.