Speed test online: 7 places you will regret placing a router

Do you often wonder why your internet connection is slow, when conducting a speed test online, the result is not good? Maybe the reasons drive from the place you put a router. The installation of Wifi at home greatly affects the performance of the device. So you need to equip important knowledge to choose the correct installation location. In parallel, you also need to note the absolute bad locations to avoid when installing the Wifi Router. What are they? Let’s find out. 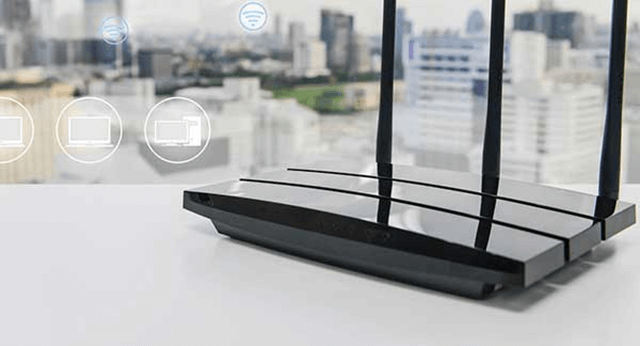 Speed test online: 7 places you will be regret placing a router

When installing, engineers will place a router in a suitable location. However, for some reason, a router can be moved to another place. If you did that, you should not place it in 7 places below.

Do not place between wall and television

One of the most common mistakes made is to install Wifi at home between the wall and the TV. Because most users think that this is a convenient location for wide coverage in the installation area as well as watching smart TV connecting the internet will have a better signal. 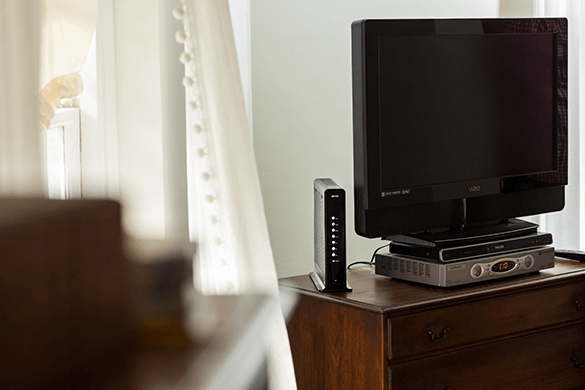 Running the speed test online when putting a router between the wall and TV, do you get a poor result?

However, the reality is different. Be aware that placing the wireless router in the area between the concrete wall and the TV will cause the network transmission speed to flicker. Because this location is where there are strong magnetic waves, the Wifi Router gets interference.

Running the speed test online, do you get the poor result? You can compare 2 different places: near the router and TV, far away from the router and TV. Do concrete walls really impact Wifi signals?

Do not place the device near a mirror

Due to inattention, many people install Wifi in a location near the mirror. As a result, the Wifi signal becomes flicker with unstable network transmission speed. Is a mirror the main cause? It is so strange. You can run the speed test online to check this.

To explain the situation, information technology experts said, objects such as mirrors will cause Wifi waves to be reflected.

Objects such as mirrors will cause Wifi waves to be reflected

Metal mirror light reflects also your WiFi signal. The reflector then suppresses the Wi-Fi router's signal interference and reduces its performance. The effect raises with mirror size and reduces with the distance between your router and the mirror.

Therefore, to have a stable network connection, you should not place a router near mirrors.

Do not let the devices overlap

The installation way of devices which let devices overlap is considered taboo. Because the above installation method will make the Wifi Router quickly fail. The cause is determined that the device cannot escape the heat to be released. 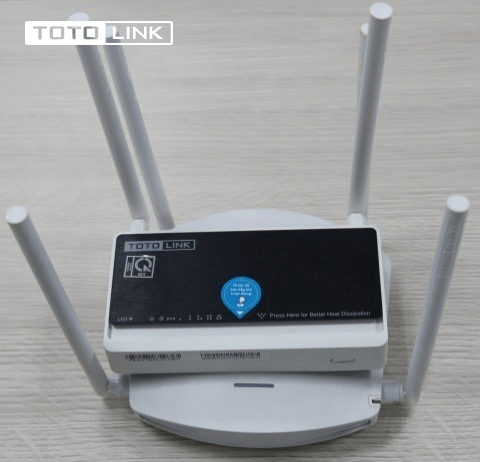 Speed test online: 7 places you will be regret placing a router

In parallel, the wrong way to install wireless Wifi also causes network waves to flicker due to signal interference. The reason is that two broadcasting devices emit radio waves at the same frequency which influence each other.

Do not put on electronic equipment

Some electronic devices such as phones, Bluetooth speakers, baby monitors, or surveillance devices are capable of affecting the Wifi Router. Because the electronic devices and Wifi transmitters all have the same 2.4GHz frequency. This will result in the possibility of jamming a single-band 802.11g or 802.11n router.

For example, when a microwave oven runs, if a router is placed near the oven, using the speed test online, the result shows slower speed than before the oven runs. 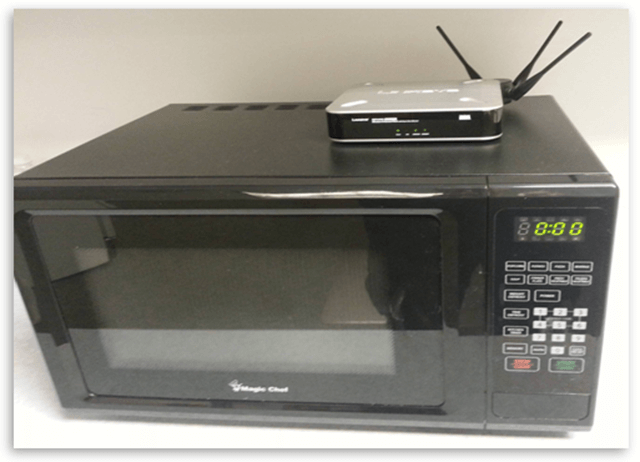 Some electronic devices such as phones, Bluetooth speakers, baby monitors, or surveillance devices are capable of affecting the Wifi Router

There is a solution to deal with this issue which is upgrading the router. You can upgrade to a Wifi system that works on a 5 GHz band. The 802.11n and the 802.11ac routers are also designed to tackle this problem. Moreover, those routers have better Wifi transmission ability. If you have conditions, you should try.

Do not place in the corner or near the wall

One of the reasons that the Wifi Router cannot transmit a good signal is placing the device on a concrete wall. The reason is that reinforced concrete walls are an obstacle that makes Wifi waves unable to penetrate. As a result, the network transmission speed of the device will slow down significantly. 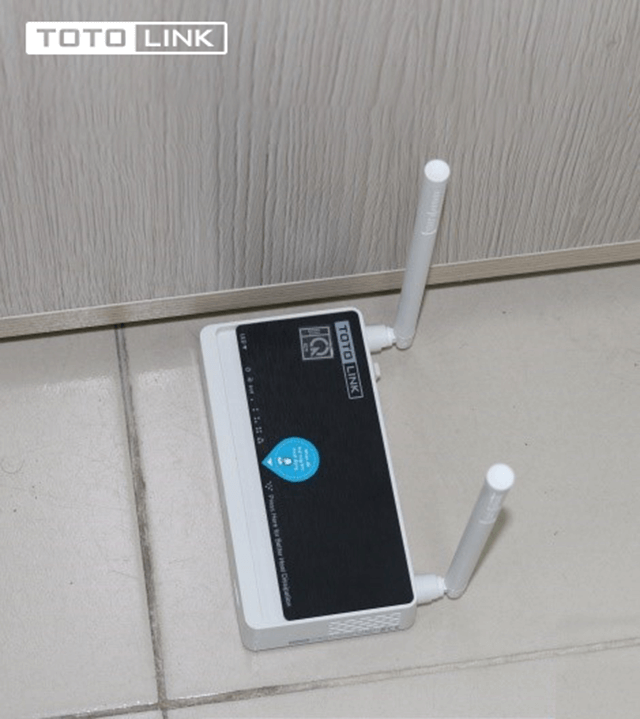 In this case, the way to make Wifi spread further is to place the router device in a well-ventilated location without obstructions. Only then will the device give the best performance. Also, you can hang the router in a higher position which helps it spread further.

Why conduct the speed test online in crowded places, the result is often not good? When the location has many people going around, it will cause interference, flicker, loss of connection. Wifi waves cannot pass through people, so the reception of wifi waves will be limited. 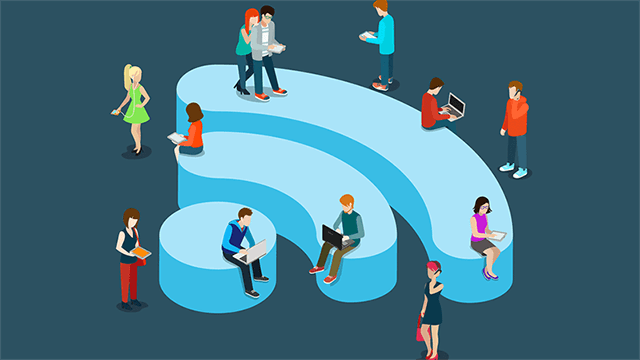 Why conduct the speed test online in crowded places, the result is often not good?

Another way to explain is that you probably already know that the human body is mostly water. On the other hand, the Wifi signal will be weaker if the environment is all water. Therefore, if you place the Wifi router in crowded locations, it will become an obstacle to the Wifi transmission line. As such, the ability to connect to Wifi will be worse. Therefore, you should not place the Wifi router in places with many people but only in places with few people.

Do not put in glass cabinets

Similar to concrete walls and mirrors, glass cabinets also bring significant effects to the router. Because this is both an obstacle and an object capable of reflecting signals. Therefore, you absolutely cannot install the Wifi Router in the cabinet, especially the closed cabinet. 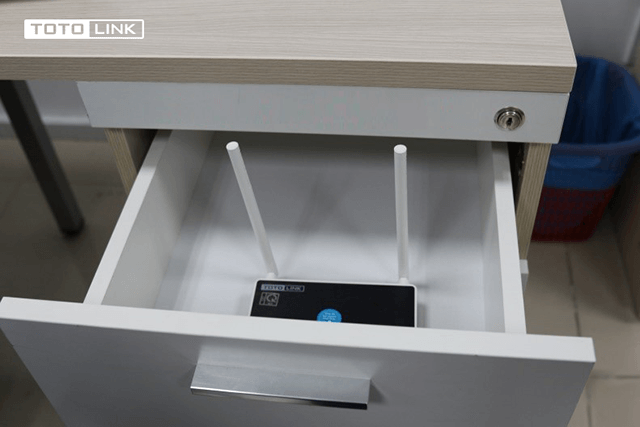 You absolutely cannot install the Wifi Router in the cabinet, especially the closed cabinet

Did you place your router in the wrong location in one of those 7 places above? If you did, hope this article provides you useful information to avoid them. Your router will operate more effectively as well as see some significant change in your speed test online result.