The average upload and download speed is critical for Internet users.

Especially if you're constantly browsing the web for work, online shopping, video streaming, and other purposes.

This article will show what is the average upload and download speed to give you an overview of Internet speeds in the US. 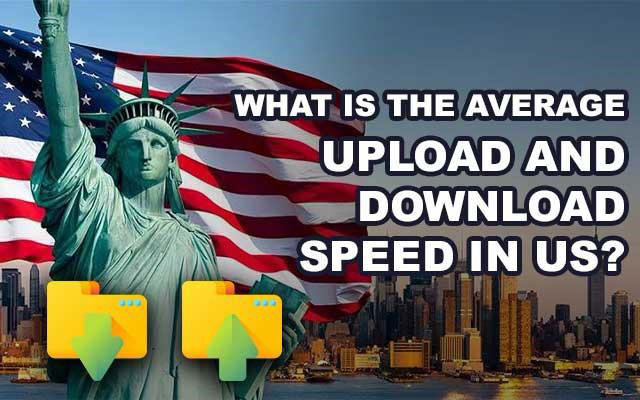 What is the average upload and download speed in the US?

What you use the Internet daily determines what good Internet speed is.

Also, the speed should take into account how many users are concurrently online.

Despite that, a good Internet download speed should typically be higher than 25Mbps, as stated by the FCC.

This is predicated on a tiny household or small office connecting to the Internet.

This rate of speed is sufficient for online activities like gaming, downloading music, and ordinary web browsing. 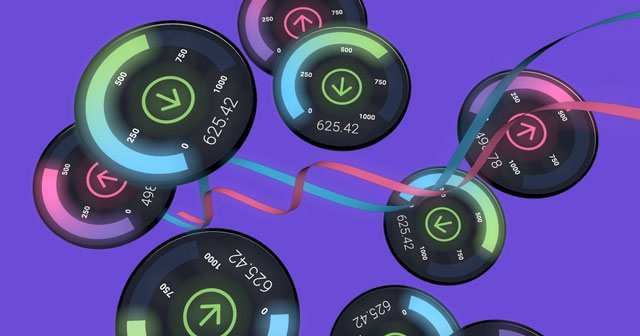 Good Internet speed should be at least 25 Mbps

To know your current Internet speed, you can run a download speed test.

It will give you detailed results within seconds.

If you’re wondering which one to choose from among various options, we highly recommend you go for MySpeed at gospeedcheck.com.

Just visit the website and hit the “GO” button.

What you need will show up quickly.

According to a new report from HighSpeedInternet.com, the average upload and download speed in the United States in 2022 are 119.03 Mbps.

The national average speed for 2022 represents a significant increase in Internet speeds across the country.

Notably, Internet speeds have been increasing nationwide for the past four years.

As Americans spend more time online for business, school, and other purposes, there is a growing desire for fast speeds, which is reflected in this ongoing trend.

Additionally helping to increase speeds is the increased availability of technology like fiber Internet and 5G in many areas of the United States.

The Internet speed in the US has been increasing

What are the states with the fastest Internet speeds?

Look at the table below to see the top 10 US states with the fastest average Internet connection:

The East Coast has the nation's fastest Internet connections.

States like Delaware and New Jersey have average speeds that are more than twice as fast as the rural states at the bottom of the list, which will be mentioned later.

As you can see, Delaware and New Jersey, have the fastest Internet speed, at 145.8 Mbps and 144.7 Mbps, respectively.

What are the states with the slowest Internet speeds?

In contrast to the list of top 10 states having the fastest Internet, here are the states with the slowest ones.

The states with the slowest speeds were mostly in the west and were less densely populated: West Virginia (60.7 Mbps), Montana (63.4 Mbps), Wyoming (69.9 Mbps).

However, the fact that even the slowest average speeds are more than twice as fast as the FCC guidelines is a positive development.

As previously mentioned, according to the FCC, broadband Internet refers to a connection with upload and download rates of 3 Mbps and 25 Mbps, respectively.

What is the US’s Internet speed position in the world?

Based on the data from worldpopulationreview.com, the United States is ranked 13th among the Fastest Broadband Internet Speeds by countries in 2022.

As you can see, smaller nations typically benefit from faster Internet because larger nations find it more difficult and time-consuming to modernize their infrastructure.

The United States, for instance, only boasts the 13th-fastest broadband speeds, despite the fact that average Internet download speeds significantly differ from state to state. 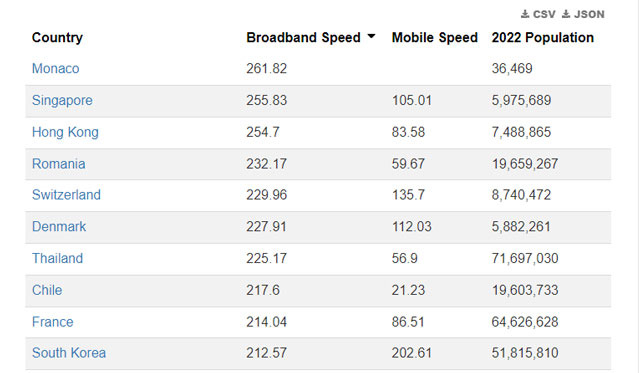 Why is the Internet speed in the US slower than in other countries?

This gap is due to a number of factors, starting with the size of the country.

Monaco is only 1.31 square miles, which is not nearly as big as Central Park in New York.

Although Singapore is a little larger than Los Angeles, it is still a small island with 278.6 square miles in area. 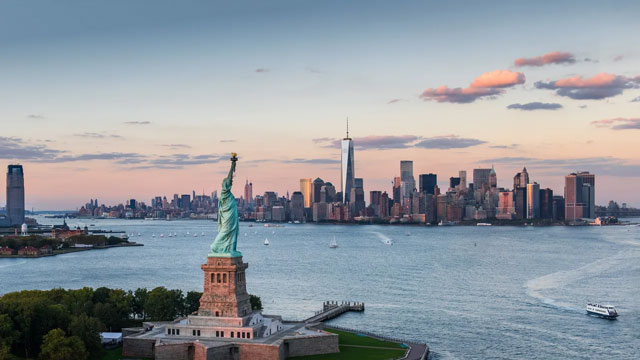 Besides, there aren't many carriers in the United States that are comparably well-equipped.

Depending on where you reside, you might only have one or two good options for the Internet.

In contrast, three, four, or more companies are competing for customers' funds in countries with higher average Internet speeds.

These companies are willing to install and test connections on the same day and price substantially less each month.

What factors affect the average upload and download speeds?

A high download speed or your Internet connection can be affected by a variety of factors.

Upload & download speeds may be affected by the type of Internet connection you are currently using. 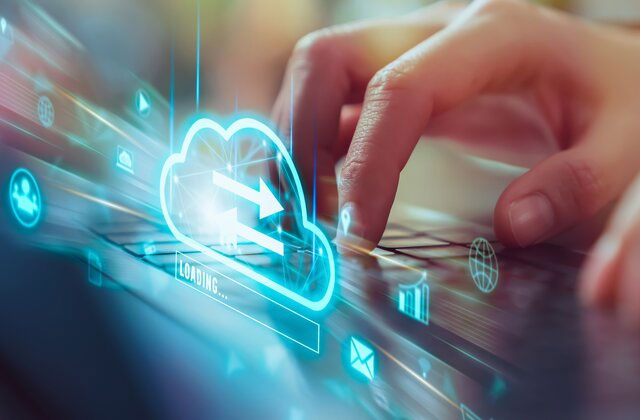 The capabilities of a website or an Internet network can sometimes affect connection speed by capping the amount of data that Internet users can download, upload, or stream.

When visiting a heavily trafficked website, your Internet connection may become more sluggish.

The configuration and performance of computers, hardware, software, applications, and other equipment systems can affect Internet speeds.

Running multiple devices on the same home network will increase the demand for your home's Internet system.

Also, it may have an impact on download speed, upload speed, and overall Internet speeds or Internet connection.

Read also: what is the difference between upload and download speed?

Frequently Asked Questions (FAQs)
1. Why do Americans pay so much for the Internet?

Because there are so few people in the US who have much of a choice when it comes to Internet providers, Americans pay far more for the Internet than other countries.

It can also be because of inadequate infrastructure. The infrastructure required to provide broadband Internet is not present in rural and remote areas.

2. What is NASA's Internet speed?

Because of the kind of data they work with, NASA has an exceptionally fast Internet.

Their 2013 testing revealed that their networks are capable of 91 gigabits per second.

The speed of their entire network does not, however, imply anything.

3. Is the Internet free in the USA?

The download speed of public Wi-Fi may not be on pace with that of other nations with free Internet.

Despite that, the US made it to the list of the top 20 countries with free wifi in the globe