What Is Ping On Wifi? 2 EASY WAYS to check ping quickly

However, ping results are often overlooked compared to download speed.

So, What is ping on Wifi?

Let’s find out its definition as well as its roles.

At the same time, we are going to introduce you to some easy ways to check it.

Do not miss out! 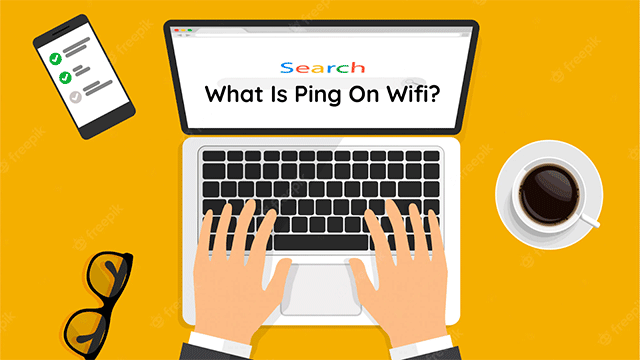 What is ping in a speed test?

Ping refers to how long data takes to be delivered and returned from one computer’s location to another.

The term has its origins in World War II when it was used as a technical name for the sonar signal that submarines would transmit to determine their distance from another vessel in the ocean.

The onomatopoeia derives from the metallic, high-pitched "ping test" sound that was heard.

A ping test online will display this round trip time in milliseconds to tell users to know how long data makes a round trip across the Internet connection and then back to its origin.

That’s why everyone wants to check network performance and reduce this rate. The lower result, the better the network connection.

Ping on Wifi is so high which means that with slow loading times, all online activities seem slower, choppy, or jerky videos.

Each time a user hops to a website, requests are made and sent to a web server a physical distance away. These requests are delivered in packet forms.

The time to visit a foreign site lasts longer than that of a local site. This's a negative effect of latency.

To limit this con of Ping connection, some features are pre-engineered.

For example, video streaming services often design a buffer for the next segment of the video.

So that this parameter's also important, especially in games and real-time streaming when high latency can impact your online experience directly a lot.

The time between user action and the resulting response is also called latency.

It is the amount of time required for a data packet to travel from its origin to its destination.

As a result, there is a propagation delay, serialization, and packet buffering.

Lag is a term representing a slower response than expected from other devices such as laptops, computers, or smartphones.

This situation most often happens in many online games, video conferences, or streaming. 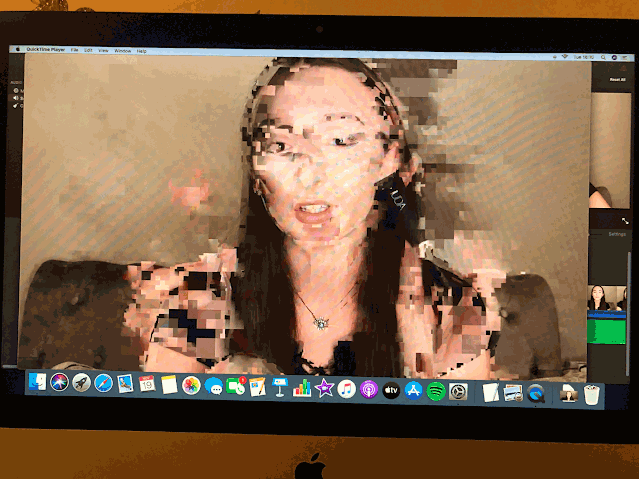 The terms "ping" and "latency" are frequently used interchangeably.

As a result, when you hear gamers use the words "low latency" and "high latency," they are frequently identical to "low ping" and "high ping."

However, this is not entirely correct.

Besides, the easiest way to distinguish between ping/ latency and lag is its measurement.

The round trip time is measured in ms while lag is not. It is a noun, a problem of internet network. 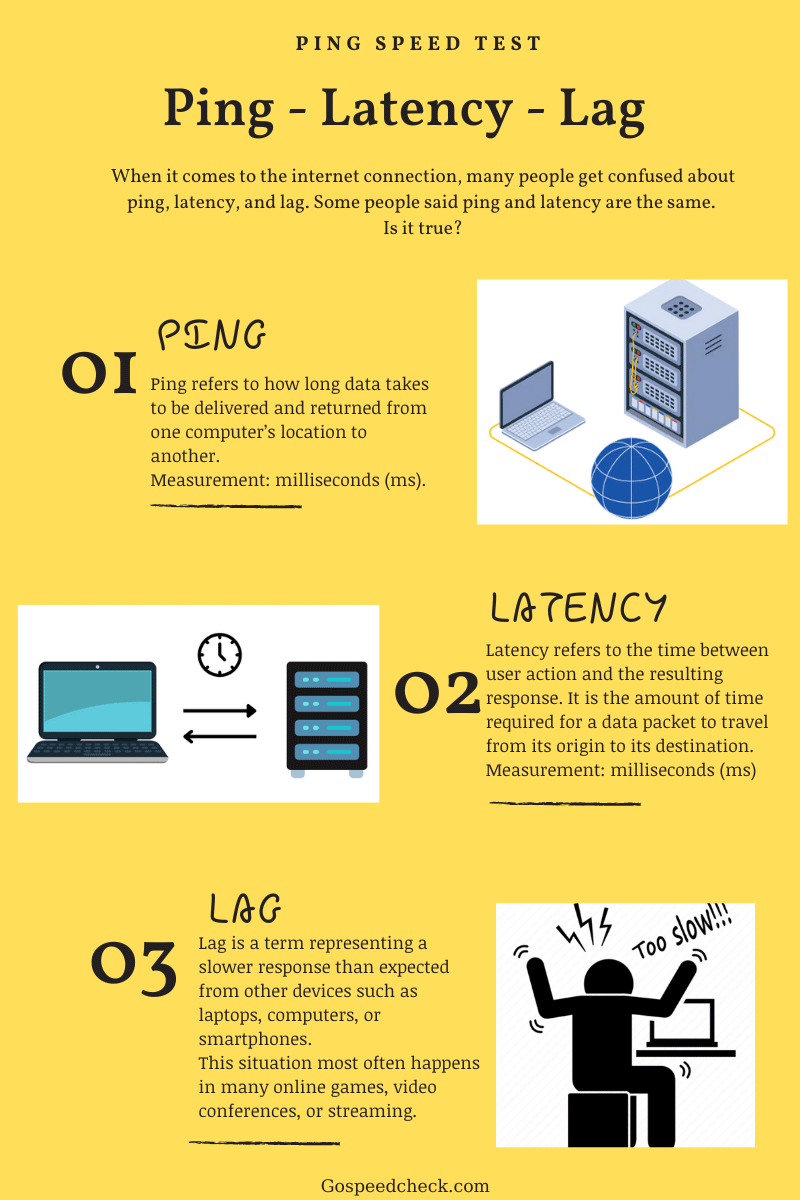 Aside from ping, latency, and lag, another important factor you should know is jitter speed. What is jitter? The answer will be disclosed immediately.

What is the jitter speed test?

There is some speed check internet that measures jitter aside from latency, upload, and download speed.

Jitter is the fluctuation in latency and response time of packets conveying data, such as speech or video, through a communication channel. It is measured in milliseconds.

A healthy connection would always report the same latency. Slow or crowded networks, on the other hand, will exhibit significant amounts of jitter. 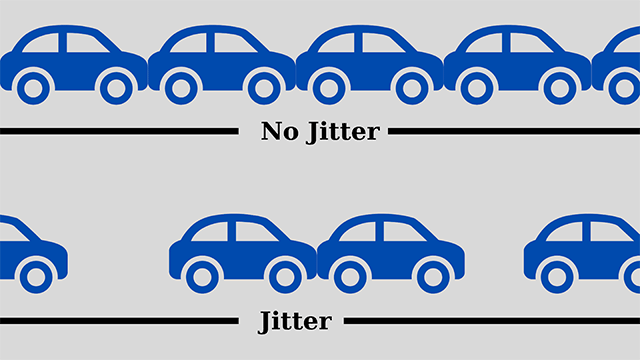 Even though jitter is regarded as a block that causes delay, breach, or even loss of communication through the network, there are instances when there are abnormal oscillations that do not have a long-term effect.

In many cases, jitter is not a major issue since there are acceptable amounts of jitter that may be tolerated.

So, what should jitter on the speed test be?

Jitter must be kept under 20 milliseconds for optimal performance.

If this value exceeds 30 milliseconds, it will have a visible effect on the quality of any real-time communication a user may have.

At this pace, the user will begin to suffer distortion, which will disrupt the discussion and make messages harder for other users to understand.

The effect of jitter is determined by the service that the user will be utilizing.

How to check internet speed?

How to check latency as well as how to run a speed test router Wi fi?

Today, we are going to introduce to you easy ways to test internet connection with a desktop device.

There are tons of ping speed test tools. They can be belonged to the internet service provider or not.

Some reputable brands you should try out such as Speed test by Ookla, MySpeed, FAST, and Spectrum.

The way to check the speed of the wireless connection and wired connection with MySpeed is so simple.

That’s why there are thousands of internet users choosing and running this test. Follow the step-by-step guide to take a quick ping test below:

Speed check of the internet

This tool measures download speeds, upload speed, and ping. These meters will show you the whole picture of your network connection - Is it good enough for online activities?.

Keep in mind that to have more exact results, it is recommended to turn off VPN, and unnecessary programs. Moreover, you should take the average ping result after conducting the test many times a day.

How to check the speed in CMD?

On Windows or Mac OS X, there’s still a little difference in checking ping on Wifi. Follow these steps below to check speed easily.

Step 1: In the bottom-left corner, press the Windows Key or click the Windows Start Menu.

Step 1: Select the Spotlight Icon from the drop-down menu.

Step 3: Double-click the Terminal result to open it

Step 2: After opening the Command Prompt window, you type “ping + domain” and then enter. For example, you type “ping gospeedcheck.com”. The result is returned as below. 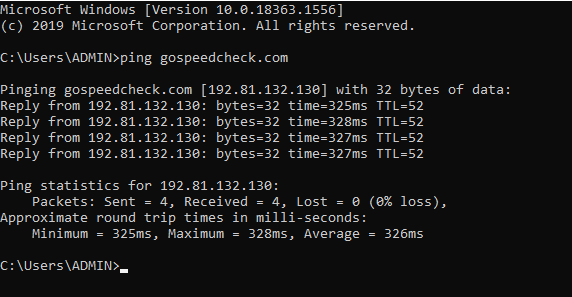 In this way, you will know the speed in 3 segments max, min, and average ping time.

Besides, the number of data packets sent and received as well as packet loss are also displayed.

The abbreviation TTL in CMD stands for "time to live." It's a parameter on an ICMP packet that prohibits the packet from propagating indefinitely across hosts.

The TTL is decremented by each router that touches the packet.

The packet is dropped if the TTL ever hits zero. It also indicates how many hops the package traveled.

As the picture above, the minimum latency to visit the website gospeedcheck.com is 325ms while the max speed is 328ms.

TTL is equal to 52 which means that the response packet was dispatched with an initial value of 63 and passed 11 network nodes on the way back.

What is a good ping speed?

As mentioned before, the lower latency, the better connection. But which threshold for this rate?

Which is the benchmark for a “is 18 ms ping good”? Take a look at this table!

In general, latency speed often ranges from 50 to 100 ms. If your Wifi speed check result is about 20ms, congrats!

You have excellent speed and this is a dream of most online users, especially gamers.

In contrast, you should find possible ways to reduce ping and improve performance if the rate is so high.

Gamers always want to reduce online gaming latency as much as possible.

Whilst, the high rate can break the gaming experience.

In fact, players having high latency are often out of the match or lost because the servers of FPS games automatically disconnect them.

Much online gaming display latency time on the screen while playing games online.

You don’t need to do a quick internet check. It is a convenient and quick way to make sure your home network is good enough for the match. 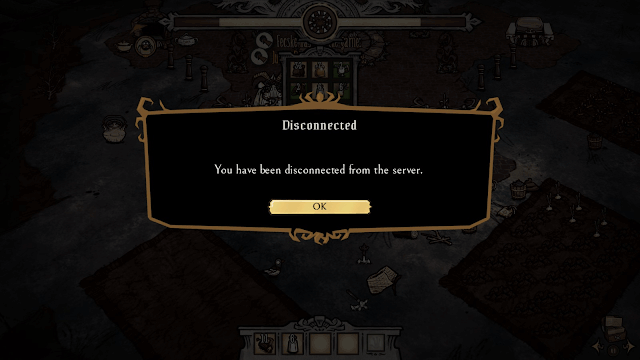 Disconnect to server due to high latency

While finding the answer to “What is ping on Wifi?”, we’ve collected a list of common questions related to this topic. Take a look!

1. Ping vs Jitter: what is the difference?

Ping is an average time in milliseconds and is used to measure latency. The ping rate is the time it takes for an information packet to get from point A to point B (or from your device to your server).

Jitter is the pace at which ping fluctuates over time (also known as ping spikes or stuttering). The fluctuation or change in delay across time is referred to as jittering. Simply put, there is no jitter if every information packet takes the same amount of time to travel from point A to point B. However, there is a 'jitter' if the packet delivery timings are uneven.

Similarly to ping rates, the smaller the jitter number for the connection, the better.

If you are experiencing high ping, every online manipulation seems too slow and annoying, here’re some possible reasons:

After you detect your root causes for high ping on WIFI, you should apply these tips below to lower your ping:

4. Is the ping test accurate?

There are several factors that influence your ping rate outcomes. They might be either internal or external influences or both. Here are some things you should not do while running a ping test online to ensure the accuracy of your results.

You should not do:

Ping is largely determined by two factors: the distance between you and the game server; the amount of network traffic traversing your network.

Sometimes hardware faults, such as poor infrastructure, cause signal loss, although this is primarily due to your ISP.

What Is Ping On Wifi? Hope with the detailed information above, you understand the Ping term as well as distinguish familiar terms like latency, jitter, and lag. Besides, you can apply the 2 super easy ways to check the connection speed. If your ping rate is good, lucky you but if not, you should find reasons and ways to get a lower speed.

What is an Average Ping and How to Check Ping within Seconds?

Is 18 ms ping good for gaming? Learn the ideal ping to WIN GAME!