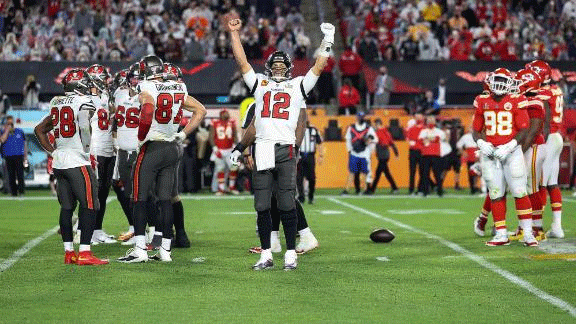 In the 2021 year, Super Bowl fans are able to watch interesting matches at the fastest internet connection speed thanks to Verizon’s $80 million upgrade to the stadium’s network.

Both those at home and the few thousand lucky enough to be at the Raymond James Stadium experience the power of 5G and Mobile Edge Computing. Now that the game-day excitement is over, Verizon has released initial reports revealing the impact of 5G during the event.

According to Verizon, its customers streamed to the stadium with a 28% increase in mobility over last Sunday at the same time and used 7 TB of data during the game. This data can be used to stream over 2,000 full-length feature movies in 720p or posting over 7.3 million Instagram photos.

Last year, at the Hard Rock Stadium in Miami, nearly 62,000 seats were filled, much more than this year’s 25,000. Those fans used more than 26 terabytes of data during the game period and luckily, got the added capacity of 5G. At the time, John Brams, director of sports and entertainment at Extreme Networks, said that the last year’s game was the game consuming the most data ever transferred at any public venue.

However, at this year’s Super Bowl, the addition of Verizon MEC built off of what 5G brings, delivered the ability to run advanced computing applications. For example, facial recognition ticketing, thermal scans that solve crowd management problems such as the ability to check wait times for restroom or concession stand lines from your seat in real-time.

Verizon also prepared Raymond James Stadium with 70 miles of fiber in and around the stadium and implemented 281 new small cell antennas in use. In fact, Verizon’s network enhancements are so meaningful, it promotes nearby areas such as downtown Tampa, Ybor City, and the Tampa Riverwalk to get benefits from them.

Verizon Vice President of Device Technology Brian Mecum told RCR Wireless News ahead of Sunday’s game that the number of arenas and stadiums using Verizon 5G has been increasing, there is a new dimension to all aspects of the fan experience, from public safety to how fans interact with the action on the field.

Apart from the stadium network buildout, Verizon also will support $10 million in grants to small businesses struggling due to the pandemic, an action that was memorialized during a post-game concert.