Why does the iPhone have slower cell data than Android?

Rating:4.7 - 50Votes
Table of contents
Study the US’s wireless networks of PCMag
Reasons for slow mobile data speed test
How to speed up your internet?
Conclusion

Android and iOS are a huge rival of each other. There are tons of online comparisons between them about features, speed, etc on forums, group chat, or Youtube. However, many people do not notice the mobile data speed test of 2 of these operating systems. According to a recent study, Android smartphones lead to the iPhone in cellular data speed.  Let’s read the article to find out more. 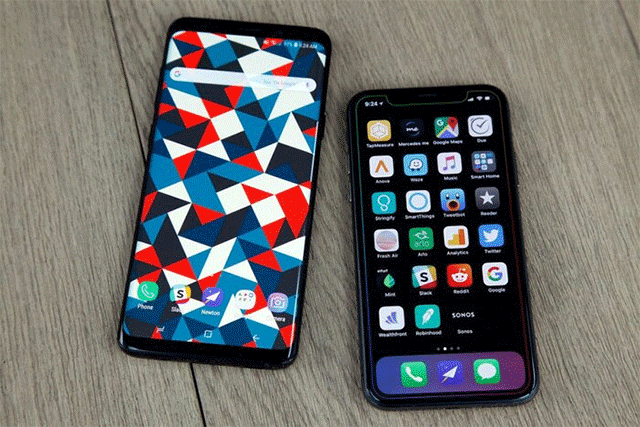 Why does iPhone have slower cell data than Android?

The PCMag tests the US’s wireless networks annually and ranks the 4 major US carriers Verizon, AT&T, T-Mobile, and Sprint. The recent results are just released and they are not too different compared to what we have seen before. In detail, Verizon is still the winner in the list, with T-Mobile in second, followed by AT&T and Sprint going to the rear.

Moreover, PCMag dug into the reliable mobile data speed test Ookla’s Speedtest to compare cellular data speeds for iPhone and Samsung Galaxy phones. It chose the Galaxy S9 and iPhone X to research and the results are stark.

After checking tens of thousands of data points, it is concluded that the Galaxy S9 is consistently faster than the iPhone X. The download speeds of the Galaxy S9 were recorded at nearly 45Mbps while the iPhone X’s download speed was just above 30Mbps. Professionals gave the reason for this difference is LTE-Advanced technology in the iPhone X. LTE-Advanced is another name for a handful of new technologies, including 4×4 MIMO, carrier aggregation, 256 QAM, and LTE-U. 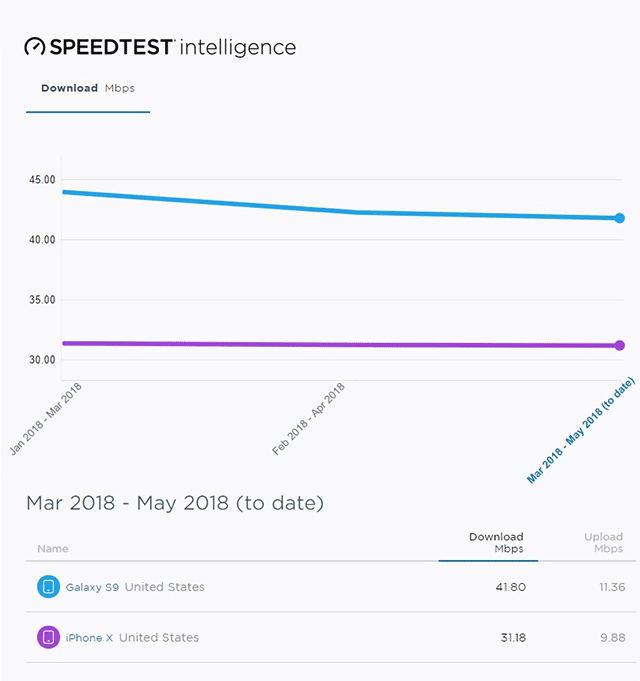 After checking tens of thousands of data points, it is concluded that the Galaxy S9 is consistently faster than the iPhone X

In detail, Qualcomm is a company making not only the processors inside most good Android phones but also the wireless modems and it has applied the latest and greatest wireless tech into its chipsets. Whilst Apple also uses its technologies but these new technologies are coming to the iPhone at least a generation after Android.

But the answer is stark, the PCMag’s data proves that with the help of LTE-Advanced technology, Galaxy S9 made a huge difference right now. The data shows that the Galaxy S9 has a fast internet connection speed of about 30% compared to an iPhone in real-world testing on average. At top-end speed check internet, the difference can be displayed more clearly.

This conclusion is not a one-off this year between the iPhone and Android. A similar comparison between the iPhone 7 and Galaxy S8, the iPhone 6, and the Galaxy S6 also presented a nearly same result. It seems Apple always chases its number-one rival when considering cellular speeds. Especially, when there are going to have new changes of networks, Apple is able to think about this thing.

Over the next few years, there is a new propensity of leaning on new LTE technologies and 5G. They are believed to bring in gigabit wireless speeds,  fastest internet connection speed. Right now, the difference between 30Mbps and 40Mbps can not be aware clearly because you can still stream Netflix on either connection or get a quick download.

However, with the rollout of faster wireless technology, new applications like VR are going to be launched that require high-bandwidth, low ping test online. If the Galaxy S- whatever can support that and the iPhone XVII can not do that, Samsung is possible to be the leader of this industry thanks to Apple’s slow cellular innovation.

Slow cell data speed is so annoying and terrible, it can cause many troubles to our life. You are wanting to make an online video call with your friend, but unluckily, your video call is often stuttered and even disconnected. In another case, there is an essential document you need to download right now and your cell data speed is really poor. It takes you tens of minutes to download it. There are tons of other situations in our life proving the annoying worst result of a slow mobile data speed test.

After many researching as well as experiencing myself, the reason for your slow internet connection on your phone can be:

Running too many apps or tabs is able to slow down your internet connection. These unnecessary and tabs although you do not use them, they still take up a lot of bandwidths. As a consequence, your data connection will be degraded gradually. Even you register the fastest internet connection speed, it is not able to keep up with dozens of tabs and background apps. When you experience a slow 4G network, you should turn off all apps and tabs you do not use them. 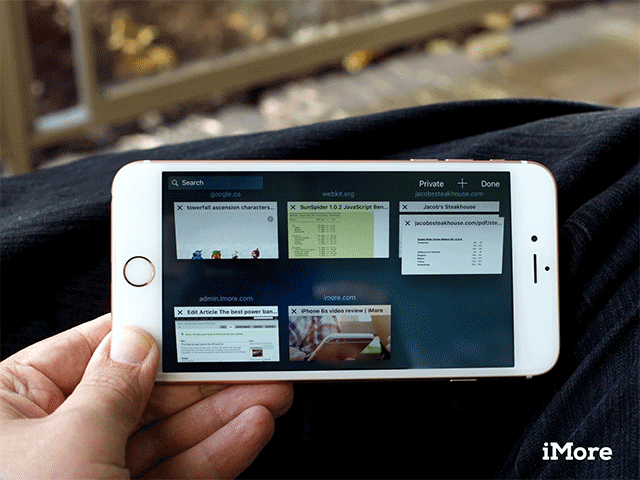 With bad reception or “no bars”, it will be very difficult for your phone to connect to your mobile data service. If you are in an air-tight room, the hard concrete wall along with many obstacles will prevent the cell signal to penetrate.  Or if you are in a public place and trying to connect free wifi network here, a laggy or slow network is a certain thing because there are many devices competing with others for bandwidth.

See also: What are factors impacting your Speedtest WIFI?

Smartphones often appearing full memory notification will have a weak data processing ability. Your browser stores data in a cache. Whatever you do with the browser is saved in the cache. For example, the first time you have hopped on to any website, the browser downloads the website logo with several other items and stores it into the cache. Finally, it displays them as part of the page you are viewing from.

As a result, when you often visit websites, surf the Internet, your cache will be full and then your phone slows down. To avoid this situation, keep in mind clearing your cache and niche in your phone frequently to speed up your internet. 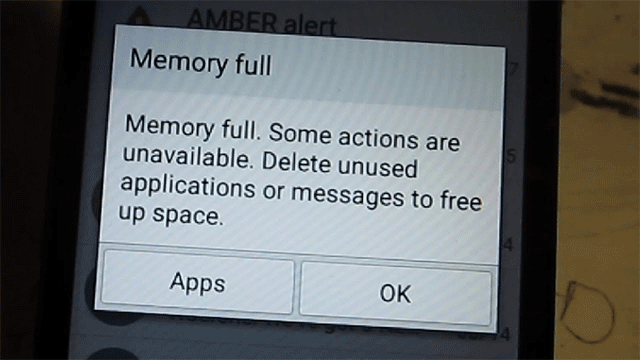 How to speed up your internet?

Above are the 4 popular reasons for slow cell internet. Let’s dive into the further part of “How to speed up your internet?”

The most simple and quickest way for all improvement way to boost the internet is to restart your device. Restart brings in a lot of benefits such as flush RAM, prevent memory leaks, get better performance as well as save time, save money.

To restart your iPhone devices, press down the power button. After appearing a power line at the top, you drag it to the right to shut down the phone. Waiting for a couple of seconds or a minute, you start your phone again. For the iPhone X version and newer, you will need to press the combination of the power and volume buttons simultaneously.

For Android phones, there are 2 available options for you: shut down and restart. Holding down the power button, you will see 2 options coming up to power off and restart. Choose the “restart” and wait. 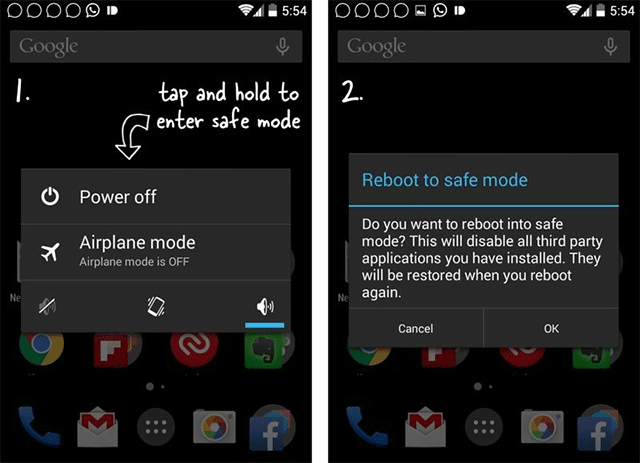 For Android phones, there are 2 available options for you: shut down and restart

Similar to restarting your phone, turning Airplane Mode on and off is able to reset your device’s internet connection. Airplane Mode is designed to disable wireless capabilities on the phones both your mobile data and Wi-Fi connection. This mode is usually used when you are on an airplane. Maybe, there are some messing when you turn on this mode and lead to internet slowdown. Therefore, turn it on, then turn it back off in order to see if your internet gets any faster.

Alternatively, using a 4G network in a very crowded area can not be a good idea because the connection is being full of traffic. Instead, switch to a less-busy network such as 3G to get a faster network connection.

Resetting your network settings will let your phone’s current internet configurations to their default states, then you can choose 4G or 3G according to your situation.

See also: Speedtest Mobile and How to activate 4G on iPhone

For iOS devices, to reset your network setting, follow these steps: 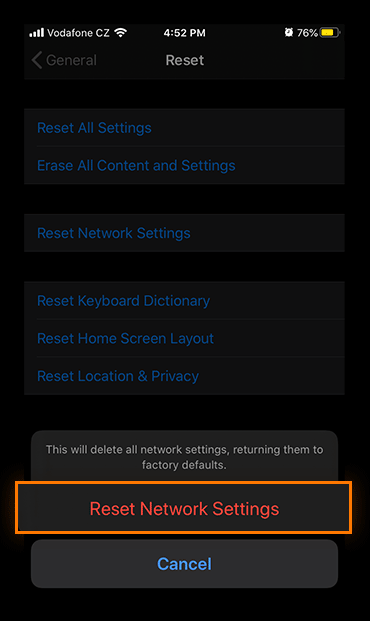 For Android phones, the ways to reset network settings vary on which Android version you own. Here are instructions for a Google Pixel 2. 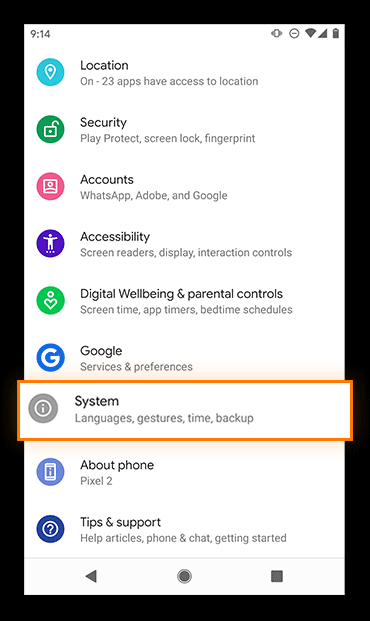 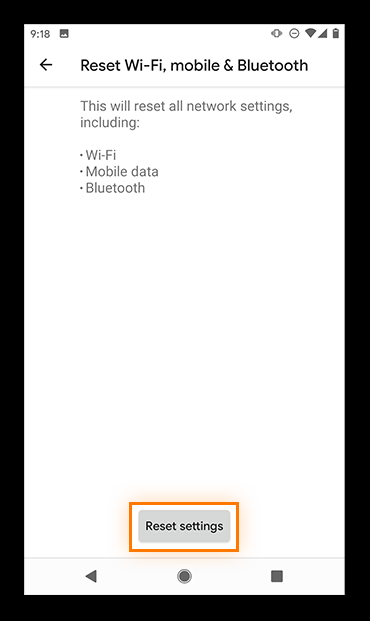 Apart from the above ways mentioned, you can try some other ways freely but effectively. For example, turn off unnecessary applications/ tabs, clearing cache and niche frequently can help you save bandwidth and get better mobile data speed test results. Moreover, changing DNS is also a good way to improve internet performance.

You can be upset when realizing that iPhone has a slower data speed than the Android. However, if you own an iPhone and do not replace another device, you still can apply some tips to speed up your internet connection. Free of charge, quick are the intention of those tips.