What Is Wifi? Definition and Different Types of Wifi Connections

What is wifi? What is mesh wifi? What is the difference between Ethernet and Wifi connections? This article will answer these questions stuck in your head a simple way. Let’s explore!

Wifi, standing for wireless fidelity, is a type of internet connection that uses radio waves to carry data between devices. It allows you to connect devices that may be too far from an Ethernet cable. 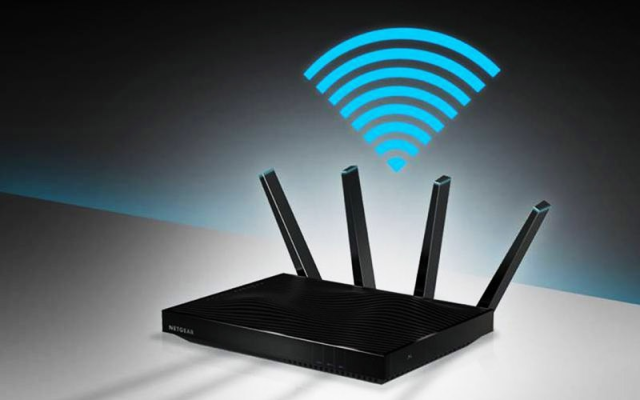 What is wifi technology

This can be very helpful for getting online quickly on the go so that you don't need to rely on your cell phone's data plan or incur any other charges. It also can be used to connect computers and other devices in order to share files or have specific functions in one computer use the functions of another computer in a process known as tethering.

Whether you're a business traveler or a college student, you can benefit from wifi and other wireless technologies. It’s because of the convenience and mobility wifi offers, an increasing number of people are using it on a daily basis.

What is mesh wifi?

Mesh WiFi is a whole-house WiFi system that eliminates dead zones and ensures continuous WiFi coverage throughout your home. Mesh routers allow quicker speeds, increased coverage, and a more dependable connection for devices on your network. 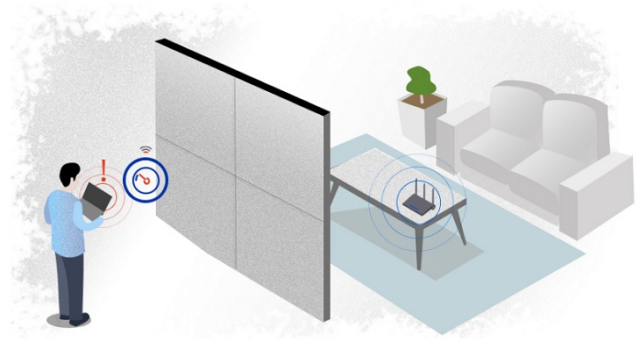 What is a mesh wifi system?

What is wifi direct?

Wi-Fi Direct is a Wi-Fi standard for peer-to-peer wireless communications that enables two devices to develop a direct Wi-Fi connection without the use of a wifi access point or router.

What is google wifi?

Google Wifi is a wifi network system that emits a strong signal and works widely within the residential area. Therefore, no matter where you use the Internet in the house: the living room, the kitchen area, or the basement area, you will receive a strong wifi signal.

What is a wifi router?

A wifi router is a device that operates as a router but also as a wireless access point. It is used to give Internet or private computer network connectivity. It makes no difference how fast your internet connection is if you are unable to deliver that speed to your devices. Wi-Fi routers are frequently the bottleneck that prevents you from achieving the required speeds. As a standard guide, your Wi-Fi router should be at least as fast as the internet speed for which you are paying. 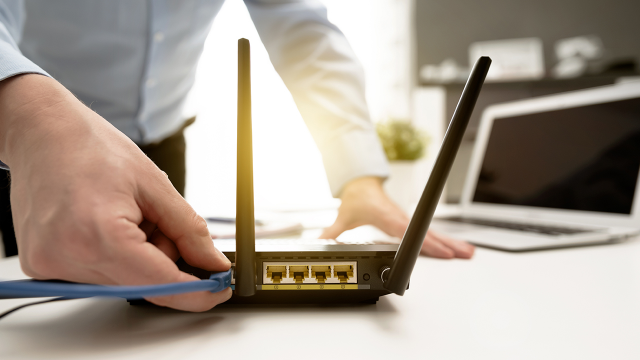 What is a portable wifi router

WiFi calling is the smart alternative to expensive voice roaming. It allows you to make and receive calls from anywhere in the world that has wifi access even if your wireless phone signal is poor or non-existent.

In addition to allowing you to save your limited cellular network minutes and texting plan services, WiFi calling can help improve call quality in some situations. Moreover, this feature is built into most devices, so there are no separate applications needed.

What is the downside of wifi-calling? First, inadequate signal strength can lead to poor voice call quality and dropped calls. If you are staying at airports, stadiums, and other crowded venues where the network is overloaded, WiFi connections may lag. Secondly, WiFi calling is not supported by certain devices. 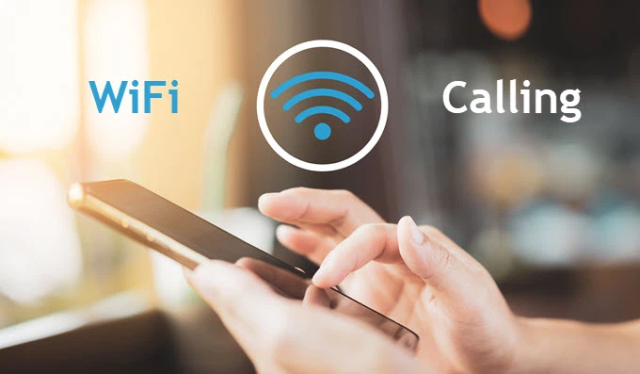 What is wifi calling on iphone

You must have a smartphone equipped with integrated WiFi calling capabilities. The third disadvantage of wifi calling is restrictions on international calls. When traveling abroad, for example, the major providers offer WiFi calls to the United States but not to other countries. Consult your carrier's website for specific restrictions.

At the moment, these are the four primary types of wireless LAN technologies.

Comparing these is like looking at characters on a page rather than words - they look a lot alike, which makes it difficult to tell them apart. Depending on your situation, one type may be more suited to your needs while another may not.

802.11a is a wireless technology standard that is part of a family. This standard specifies the format and structure of radio signals transmitted by wireless networking routers and antennas. It is capable of significantly faster rates, up to 54 Mbps, but only on the 5GHz band. What is 2.4 ghz wifi?

802.11b is a wireless technology standard that is part of a family of wireless technologies. 802. 11b supports a maximum data transfer rate of 11mbps. The transmission is transmitted in the unregulated frequency band of about 2.4 GHz. 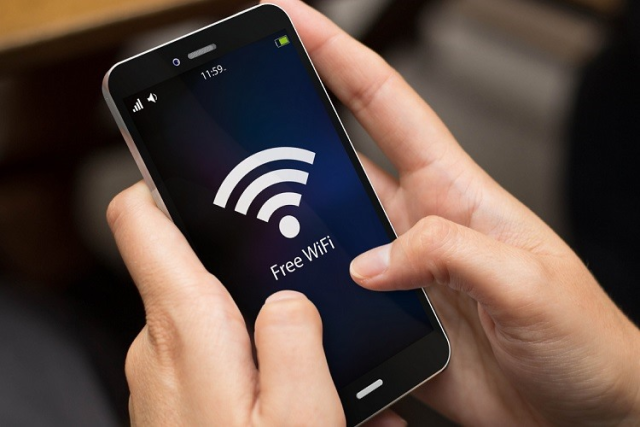 What ghz is my wifi?

Because this is a lower frequency than Wi-Fi-802.11a, it operates at a tolerable range. Interference with micro-owned cordless phones and other items is caused by this. It is inexpensive; the signal range is adequate for use with household appliances.

This technology enables the development of newer slandered products. It is the most advanced technology available for 802.11a and 802.11b. The 802.11 b standard supports data transfer rates of up to 54mbps and operates at a 2.4 GHz frequency for an increased range. This is more expensive than 802.11b. It provides quick access and maximum speed.

802.11n is the most recent generation of WiFi technology. It was created to be an improvement over 802.11g. The amount of bandwidth that can be handled by many wireless transmissions and antennas rather than just one. It features a 100 Mbps data transfer rate and increased signal intensity. This type of wifi features both 2.4 and 5 GHz, bands. 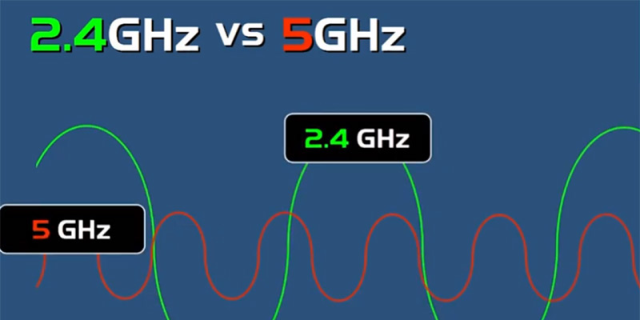 What is the difference between 2.4 and 5ghz wifi

What is the difference between 2.4ghz and 5ghz wifi?

2.4 GHz and 5 GHz are commonly used to refer to the frequency band. Wi-Fi devices typically communicate with each other by transmitting Wi-Fi signals over the 2.4 GHz or 5 GHz radio bands.

What is the difference between WiFi and Ethernet?

Ethernet is the most widely used LAN technology, which is defined under IEEE standards 802.3. The reason behind its wide usability is Ethernet is easy to understand, implement, maintain, and allows low-cost network implementation. Ethernet generally uses Bus Topology. Ethernet operates in two layers of the OSI model, Physical Layer, and Data Link Layer.

Take a look at the key differences between wifi and ethernet:

Wi-Fi, short for Wireless Fidelity, is a technology based on RF (radio frequency) that uses high frequency electromagnetic waves to allow devices (martphone, tablet, or computer) to communicate with each other without being physically connected.

Due to the fact that they connect via airwaves, your gadgets and personal information are susceptible to hackers, cyber-attacks, and other risks.

This is particularly true when connecting to a public Wi-Fi network in public locations such as a coffee shop or airport. When feasible, connect to a password-protected wireless network or a personal hotspot.

Read more for detailed information on what is wifi, what’s the difference between wifi and ethernet and different types of wifi connection.