Rating:4.6 - 50Votes
Table of contents
Twitter has been surveying user attitudes to its implementing emoji reactions for tweets.

Twitter has been surveying user attitudes to its implementing emoji reactions for tweets.

“We’re exploring additional ways for people to express themselves in conversations happening on Twitter,” said a Twitter spokesperson.

The spokesperson stressed that Twitter is still in the early stages of research and noted that emojis wouldn’t replace the "heart" button, but exist near it. 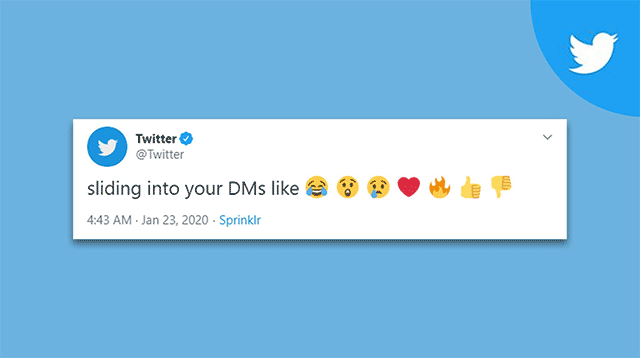 In the survey, some mockups of this new reaction system are shown to ask for users preferences. One concep show reactions such as Like, Funny, Interesting, Sad, Awesome, Support, and Angry. In another concept, the Awesome reaction shows a fire emoji rather a surprised face, the Support reaction uses raised hands rather than a hugging emoji.

The screenshots of the survey shared by a Twitter user show that the proposed emoji reactions could be similar to Facebook’s reactions, which let users react to a post with an emoji such as a laughing face with tears, a thinking face, a crying face, shocked faces, angry faces, fire emojis. 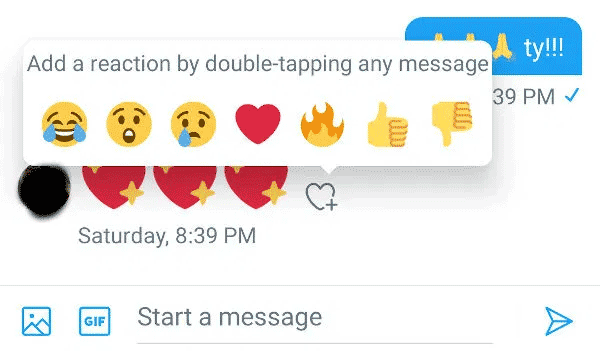 Moreover, Twitter is also considering adding a downvote to let users express that they dislike a tweet. However, the company is aware of how challenging it is when introducing emoji reactions that could mean negative sentiments.

When asked about the reaction to receiving a downvote or dislike on Twitter, one user said “I may hesitate to Tweet in the future for fear of receiving negative reactions.”

A few enigmatic tweets of Twitter’s design chief also suggested that such features might be coming soon. 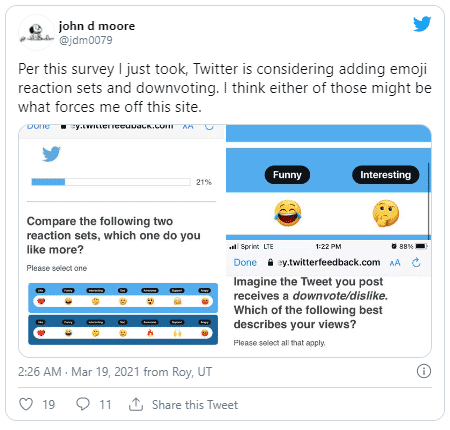