Looking for how to test jitter?

I bet that you’ve been left frustrated with lousy quality streaming media or choppy sound in VoIP calls more than once.

This annoying problem could be blamed for the high network jitter.

So what are the possible causes of jitter? How do test and reduce it?

Table of contents
What is jitter in Speed test?
What causes Jitter?
Impacts of Jitter
What is a good jitter speed?
How to test jitter?
Use a jitter test tool
Test jitter using command prompt on Windows
How to reduce jitter?
Test your internet connection
Use a jitter buffer
Prioritize packets
Reduce unnecessary bandwidth usage
Update to a decent router
Check your device frequency
Use an ethernet cable
How can network jitter be monitored?
1. SolarWinds VoIP & Network Quality Manager
2. Paessler PRTG

What is jitter in Speed test?

Jitter on speed test is a component of latency that refers to the degree of variance in delay when performing numerous ping tests.

Typically, it is measured in milliseconds (ms).

Network jitter occurs as a result of network congestion, interference, route changes, and other factors. 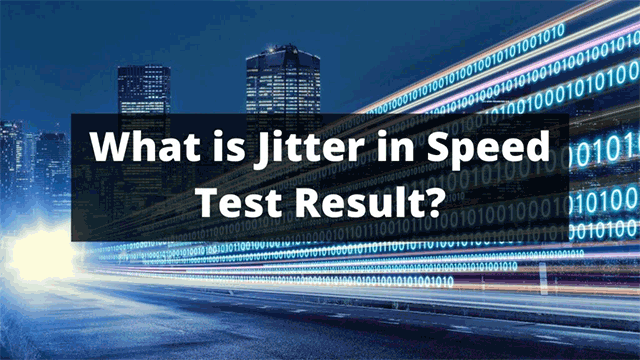 What is network jitter?

Network jitter boils down to a number of factors. Here are some of the main ones: 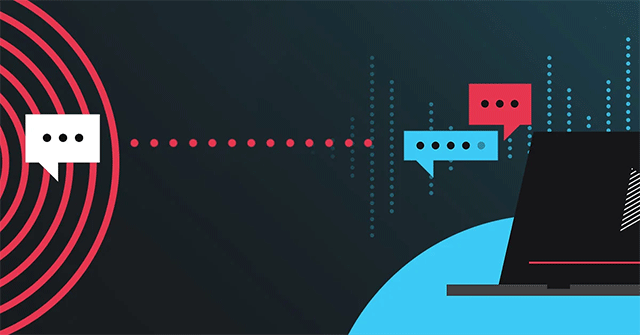 However, ping and jitter are vital indicators of your connection's quality if you need real-time data.

Jitter should be less than 30 ms for video streaming to perform properly.

If the receiving jitter exceeds this value, it may begin to slack, causing packet loss and audio quality issues.

You can run a ping jitter test to evaluate if your jitter is acceptable or good.

How to test jitter? 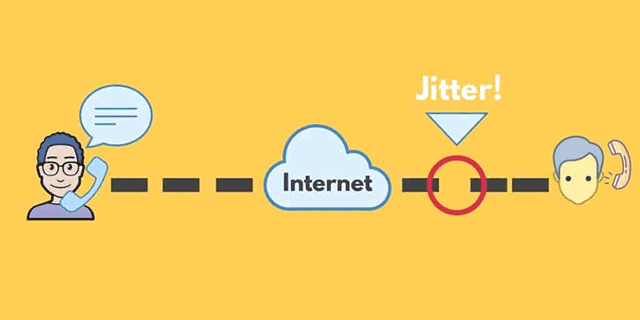 What is jitter speed test?

Use a jitter test tool

You can use the DSLReports utility to run a jitter test.

This should just take a few minutes, but if you have a really sluggish internet connection, it may take longer.

When the ping and jitter test is finished, it will provide a graphical depiction of the ping tests on the upper left side of the screen. 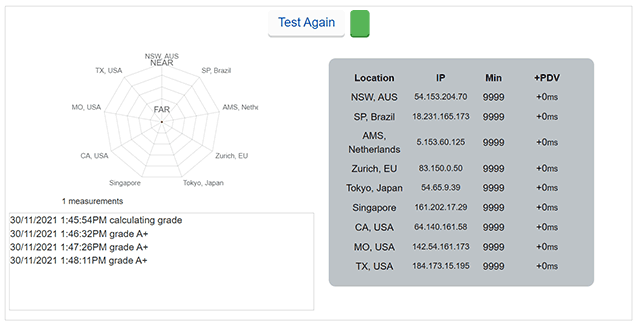 Grades of A+ are preferred, which signifies very low latency and jitter. The lowest latency measured between your computer and the server is listed in the Min column.

The next column is the Packet Delay Variation ( +PDV) is the jitter or the difference between the mean latency and the lowest latency.

The PDV number should ideally be as low as possible.

If the +PDV shows +0ms as above, then there is no jitter.

To determine network jitter, use the "Command Line" or "Terminal" and ping any target. Here is the step-by-step guide to follow:

There are 4 packets sent and received with 0% loss.

The jitter is calculated by averaging the time difference between each packet sequence. 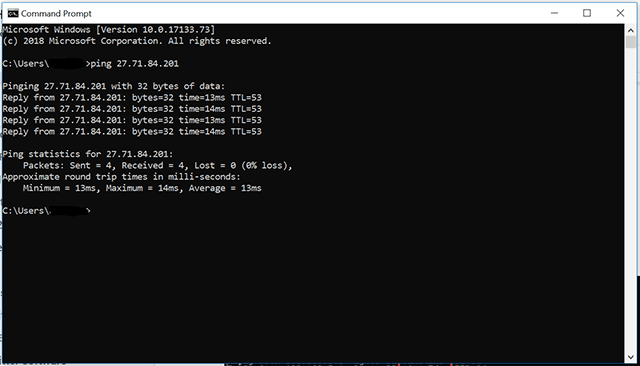 Take a look at the ping jitter test result above, packet loss is 0, meaning good communication.

Here are the differences between each consecutive ping sample.

You now understand how network jitter is measured theoretically. However, performing these calculations each time might be tedious.

Some online network jitter calculators, such as 3rdEchelon's, can assist you with this procedure.

Simply run a ping speed test, go to their website, and put the ping data into the box.

Based on the retrieved delay times, the application will calculate jitter for you.

How to reduce jitter?

The most common reason for jitter is a poor internet connection. Hence, it’s crucial to check your connection quality using reliable tools such as Speedtest or MySpeed.

If you find out that your network performance is inadequate, you can contact your internet service provider to check if they offer a better plan. 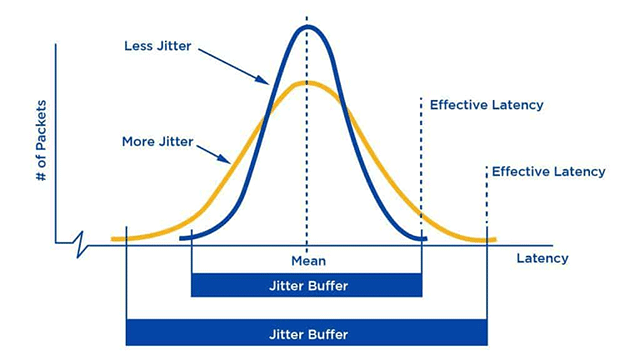 Use a jitter buffer

Using a jitter buffer is one of the most effective techniques to reduce internet jitter.

It deliberately delays incoming voice packets and holds them for a brief period of time.

They are set up to buffer communication for 30 to 200 milliseconds before sending it to the end user.

This procedure ensures that data packets arrive in the correct order and with the least amount of delay.

It’s worth noting that while a jitter buffer can improve audio quality and make phone calls more reliable, it fails to address the underlying cause of the problem.

You may have a quality of service (QoS) setting on your router that allows you to prioritize packets over other types of traffic. 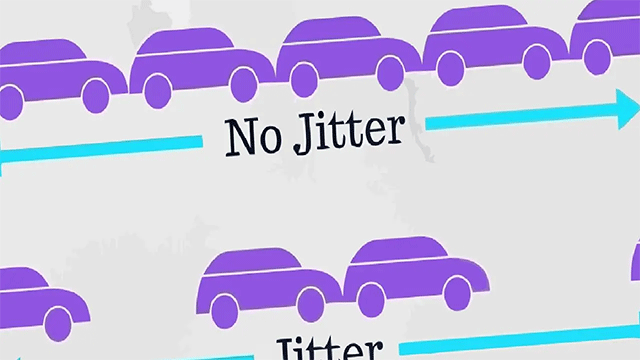 Prioritizing packets may help if your jitter is caused by traffic congestion.

This is particularly important if you prioritize internet calls over other types of traffic.

Limiting others' access to your network can drastically minimize jitter, enhance download speeds, and eliminate the dreaded buffering.

Besides, you can also schedule computer upgrades when you are not working.

This way will help save bandwidth and limit crucial updates during work hours.

Update to a decent router

Upgrading to a more powerful router can get rid of internet jitter issues since it prioritizes voice traffic over network traffic.

However, it can be difficult to predict how effective it will manage jitter.

If your phone is working at a frequency greater than 2.4GHz, network interference may occur.

Connected phones operating at up to 5.8GHz frequencies may be affecting your efforts to eliminate jitter. 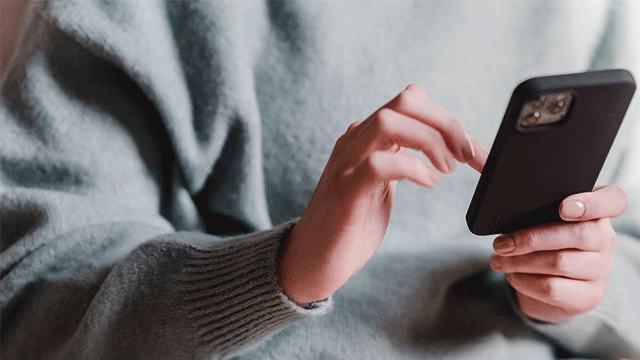 How to fix jitter

Use an ethernet cable

Wi-fi connections are convenient when you’re out, but it is prone to interference.

So, it’s great to use an Ethernet cable for a better connection and jitter-lag online experience.

How can network jitter be monitored?

Luckily, some tools can monitor as well as generate alarms and reports on jitter.

This tool is capable of monitoring network jitter and latency right from the packet stream so that you can maintain good call quality. 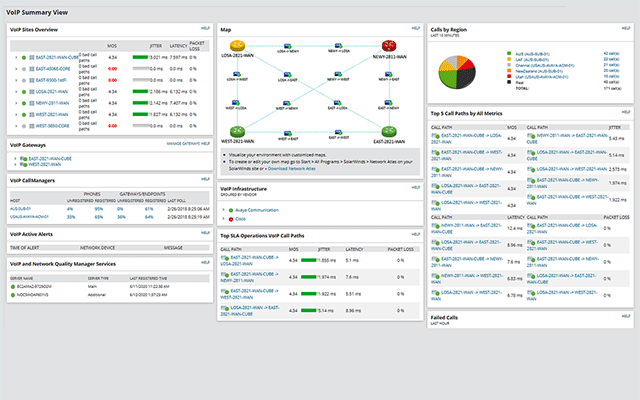 Sensors are used in this software to monitor different aspects of a device.

You can use these sensors to monitor a single component or statistic, such as CPU utilization, free disk space, bandwidth, traffic, latency, jitter, and so on. 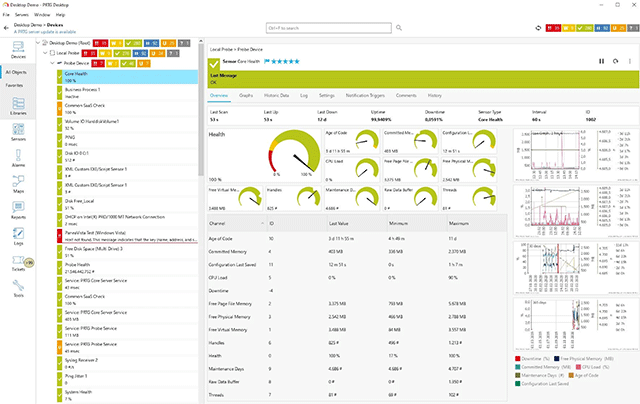 Frequently Asked Questions (FAQs)
1. Is jitter the same as lag?

Although delay and jitter are inextricably intertwined, they are not the same thing.

Delay is the amount of time it takes for data to travel from one network endpoint to another.

Jitter, on the other hand, is the delay difference between two packets.

2. Can jitter be higher than latency?

Yes. The reason is jitter is a measure of departure from a standard rate of delivery, whereas latency is the time it takes a packet to travel from source to destination.

Absolutely. When the jitter level is too high, the game action can appear choppy.

This may not necessarily result in fewer battles, but break the gaming experience.

Hopefully, this post has given you some insight into how to test jitter with easily. If you're experiencing stuttering phone calls, for example, you can simply perform a latency and jitter test to determine whether the problem is originating from your end or the distant end, and then troubleshoot accordingly.