How to check ping in Smite for a great gaming experience: 5 Easy steps

How to check ping in Smite?

Indeed, your gaming experiences in Smite or any other online games can’t be perfect without a good ping enough for the games.

So, what is ping?

How does it affect your gameplay?

How to know if your current ping is good for the game?

Keep reading on, and you will find out the answers to all of these questions right below here.

But first, let’s spend a minute learning a bit about the SMITE game. 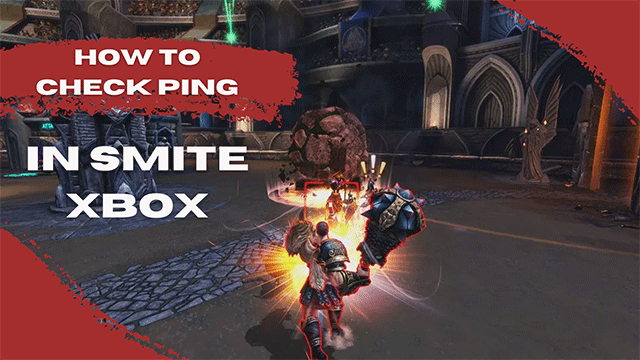 How to check ping in Smite Xbox?

Table of contents
What is Smite game?
What is a good ping for gaming Smite?
How to check ping on Xbox console?

What is Smite game?

This game was developed by Hi-Rez Studios.

In Smite, players control their characters, using their tactics and unique abilities against other players as well as non-player-controlled minions.

Unlike many other MOBA games such as LoL or DOTA, in Smite, players see their chosen characters from behind the back, not from the above.

Also, players in Smite control their characters with W, S, D, and A keys on the keyboard, not with the mouse buttons. 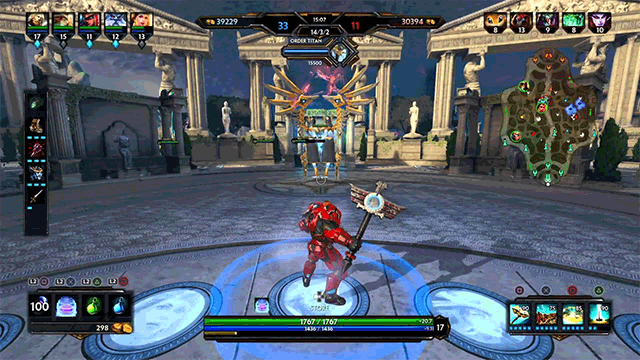 Smite is a free-to-play game.

It’s considered one of the world’s most popular MOBA.

The game is currently available on Xbox One, Nintendo Switch, PlayStation 4, and PC.

What is a good ping for gaming Smite?

First, we need to find out some basic information about ping.

Measured in milliseconds (ms), ping time or latency measures the reaction time of an Internet connection.

In gaming, ping is one of the important factors determining how smooth the gameplay is.

Higher pings mean it takes more time for your gaming device to communicate with the game server.

More lags and server glitches are likely to occur as a result of high pings.

The lower the ping (latency), the better. 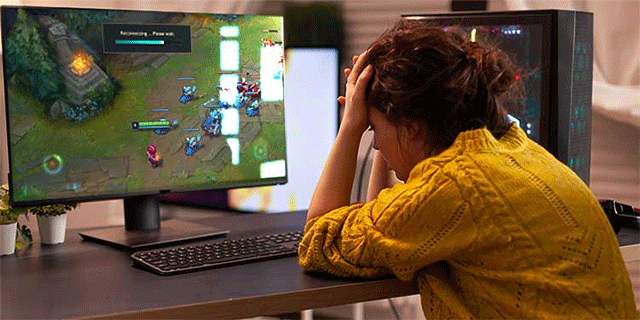 Too high ping can ruin your gaming experiences for sure.

So, what is a good ping for this MOBA game?

According to getoutfox.com, game types like MOBAs, MMOs, and Real-time strategy games may not require very low ping latency.

Yet, they still need a good amount of ping speed to be played correctly.

A ping rate of 100 ms or less is good for taking part in the game.

Well, it’s worth noting that the lower pings are always better in online gaming.

This information is not only needed for checking Smite ping, but also for how to check ping in BDO. 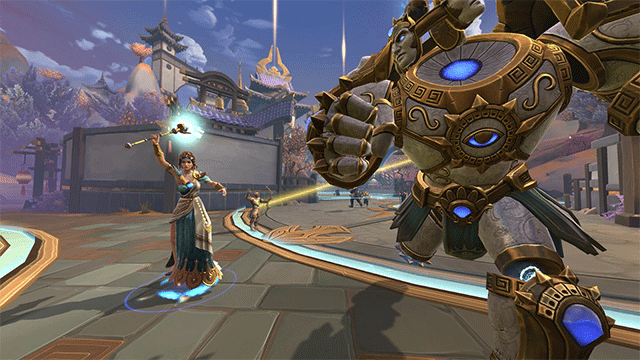 Smite game requires a ping rate of less than 100 ms

How to check ping on Xbox console?

Smite is playable on Xbox.

Thus, if you want to check your ping speed before the match (not inside the game), here is the Xbox’s guide on how to run the console speed test: 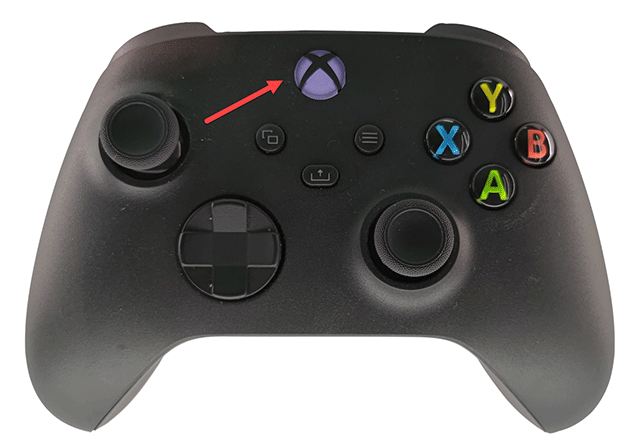 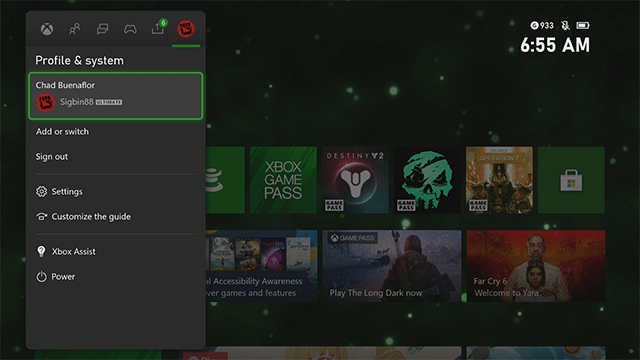 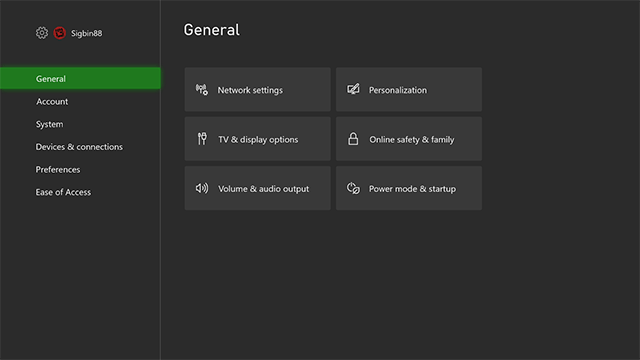 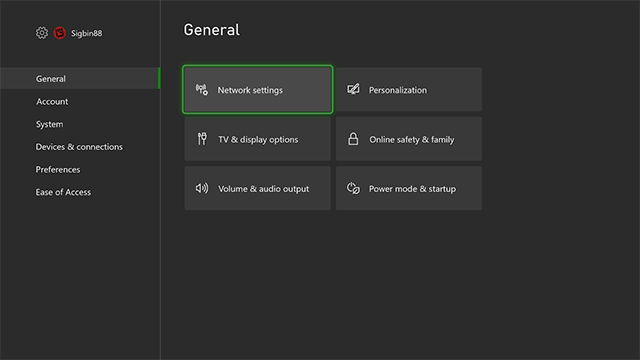 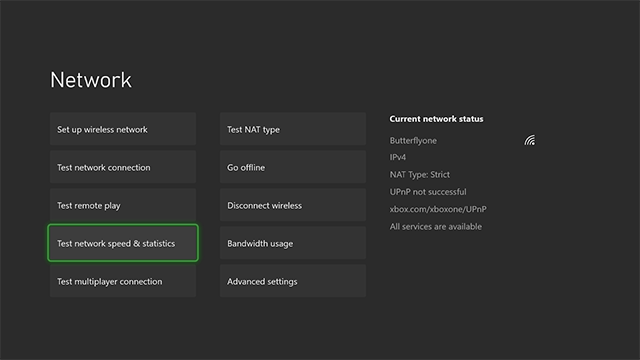 Then, you will see the download speed, upload speed, and ping (latency) speed of your console’s connection.

You can also verify the speed of your Internet connection using speed test sites like Speedtest.net by Ookla, speakeasy.net/speedtest, Xbox suggested.

Listed above is our detailed instruction on how to check ping in Smite.

Also, there are still aspects of this topic that concern most gamers.

So why not read on to find out?

Let’s get them now!

On the PS4, a lot of gamers have trouble seeing Smite's ping.

In actuality, doing so isn't that difficult.

There are merely 4 easy steps:

One of the greatest issues that gamers are having with Smite is its high ping.

Such problems weren't as widespread in the past.

However, they are now being experienced by many people all around the world.

Below are several potential causes behind that issue:

Knowing how to fix it will be quite helpful in this situation.

Try these recommendations for efficient solutions to high ping:

Luckily, these methods are also effective as to how to check ping in Minecraft!

These are some basics regarding the Smite game and what a good ping is for this MOBA. Well, in online gaming, ping latency is crucial. So, make sure that you have a good ping speed for the game. Hope you found our post on how to check ping in Smite Xbox helpful.

Check out MySpeed’s next blog posts to know further!

How to check ping on Roblox: 3 Easy ways and no more high ping

Whats a good ping for gaming? A detailed guide from PRO gamers