Can I use my own router with CenturyLink: What you should know

This can be a question you're asking if you already have a CenturyLink line or if you're thinking about getting one.

Fortunately, this guide shows you some things you should be aware of when connecting your CenturyLink line to your own router and what to consider when choosing a router with CenturyLink. 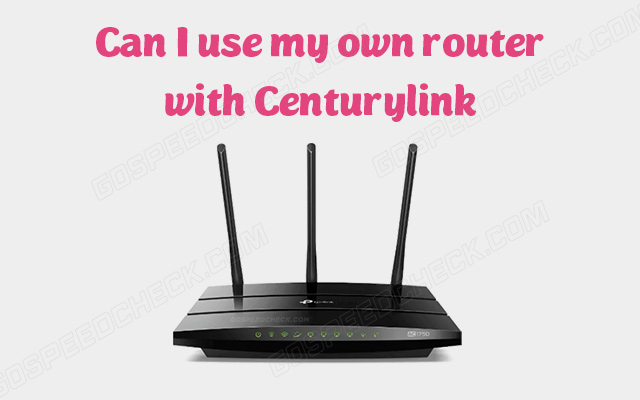 Can I use my own router with CenturyLink Internet?

You can use your own router with your CenturyLink connection if you'd like, but first you need to decide whether you should.

A new modem and router are often included with your new subscription from the majority of ISPs, including CenturyLink.

This router and modem - or an all-in-one router - is often free as part of your plan or is paid through the installation cost, which you either pay ahead or in installments on top of your monthly subscription.

Besides, you will need to run a Wifi speed test to check if your connectivity is good or not. 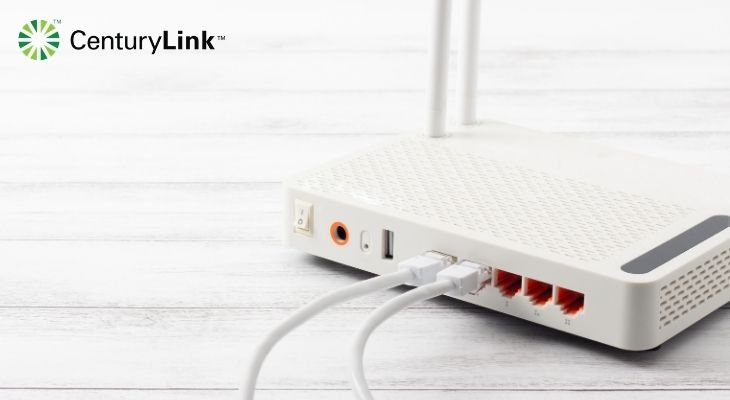 Why would someone still want to use their own router if one is available for free?

There are numerous reasons, but a few of them can be that they require or want a 5Ghz connection for speed or that they want a connection with an improved firewall.

Use your own router with CenturyLink

Well, you know the answer is YES to the question of “Can I use my own modem and router with CenturyLink?”

However, it’s crucial to look at the pros and cons of connecting your own router to the CenturyLink equipment included in your Internet service if you're wondering whether you can do so. 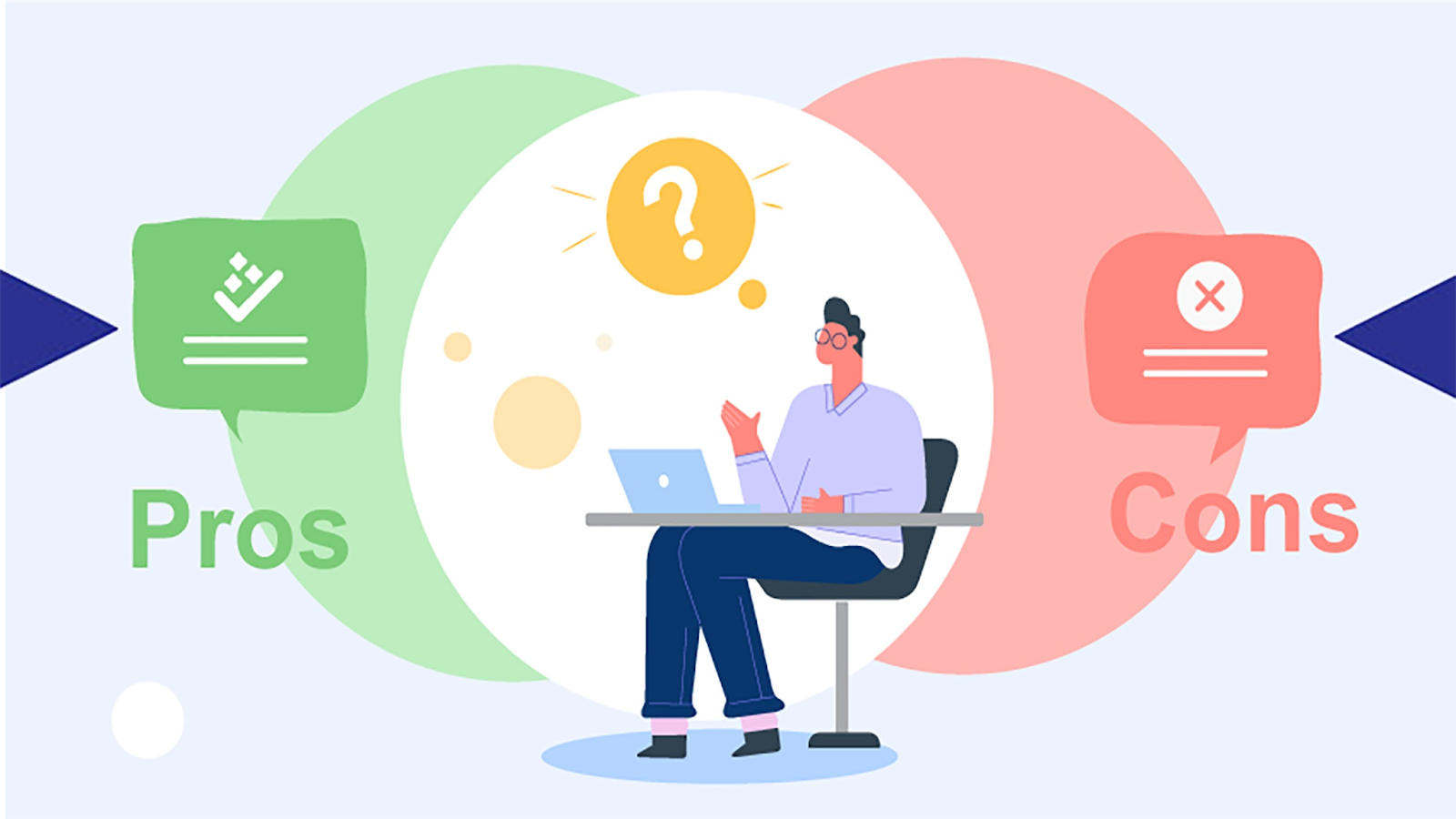 Pros and cons when using your own router with CenturyLink

Note: Remember that this may result in the addition of another NAT, which may cause issues for NAT-type sensitive apps, such as contemporary gaming consoles or gaming in general. 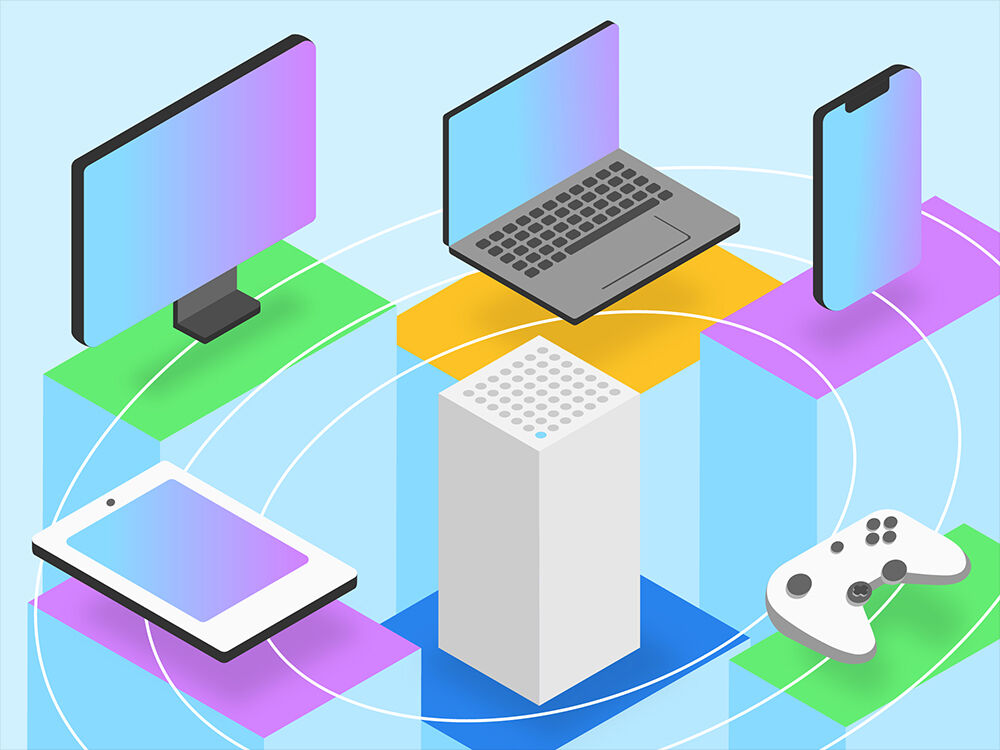 The capacity to concurrently serve many users at top speeds

Tip: The router that has two or three bands or has particular functions that you want but are not frequently available in popular household versions will be most useful to you.

Considering should I buy my own router for Spectrum?

If you don't feel comfortable navigating through the admin panel and router choices (or hiring someone to do it for you), you should reconsider your need for a router.

After that, let's go over what you need to do to make this work.

What free Fiber Internet modem routers does CenturyLink give?

Can I use my own router with CenturyLink fiber? Yes, you can.

But first, you need to understand the type of router that they normally provide as part of their Internet package.

You will most likely require one of two types of routers, depending on the type of connection you have - either DSL or fiber router.

Both can be requested and supplied for free in any case.

However, you would have to pay an additional fee a month to lease an extra WiFi router.

Unless you primarily use your Internet over a wired connection, this is a must-have addition to your plan. 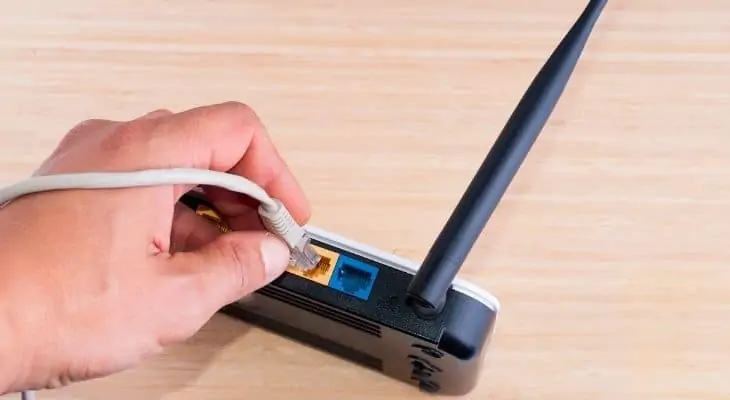 What free Fiber Internet modem routers does CenturyLink give?

This is one of the reasons why many people choose to get one for themselves.

After all, they would still be handing out cash on a regular basis.

They would rather make a one-time large purchase but be free of any ongoing monthly responsibilities.

Getting one directly from CenturyLink, on the other hand, will save you the hassle of determining if the product is compatible or not.

Do you need both a router and a modem?

In case you are not very familiar with it, a modem and a router are pretty different from one another.

You must use a functional modem in order to use your subscription and benefit from your DLS connection.

Do you need both a router and a modem?

On the other side, a router is required if you want to utilize WiFi to access the Internet wirelessly.

Given that most people use laptops and mobile devices to access the Internet through WiFi, most people require this.

Nowadays, the majority of modems double as routers, so all your connectivity needs are met by a single device.

What to consider when choosing a router with CenturyLink?

Do you plan to use CenturyLink with your router?

However, buying your own router is far more complicated than getting one from CenturyLink, so unless you have a fundamental understanding of networking technology, we don't recommend it.

Now that you know for sure that you can use your router with your CenturyLink connection, you should search for the following features before you buy a router to use with CenturyLink Internet. 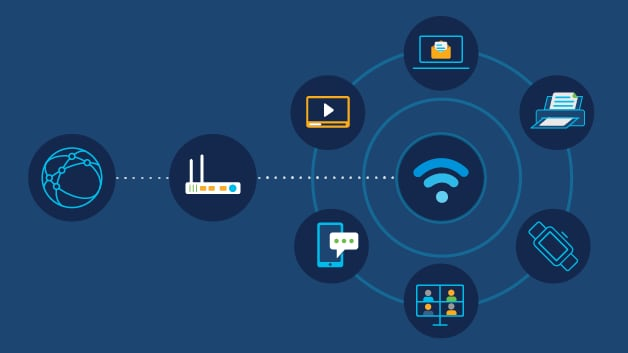 What to consider when choosing a router with CenturyLink?

However, as time passed and more sophisticated systems were created, DSL modems and wireless routers were combined into a single unit.

Nowadays, 2.4GHz and 5GHz WiFi speeds are used to categorize most wireless routers.

Simply said, 2.4GHz offers slower speeds but is more reliable and has a broader connection range.

The speed of 5GHZ connections, or 5G WiFi, is quicker, but the connection range is limited.

For instance, a modem that supports 802. 11ac is better suited for a bigger space, whereas 802.11n is ideal for smaller households. 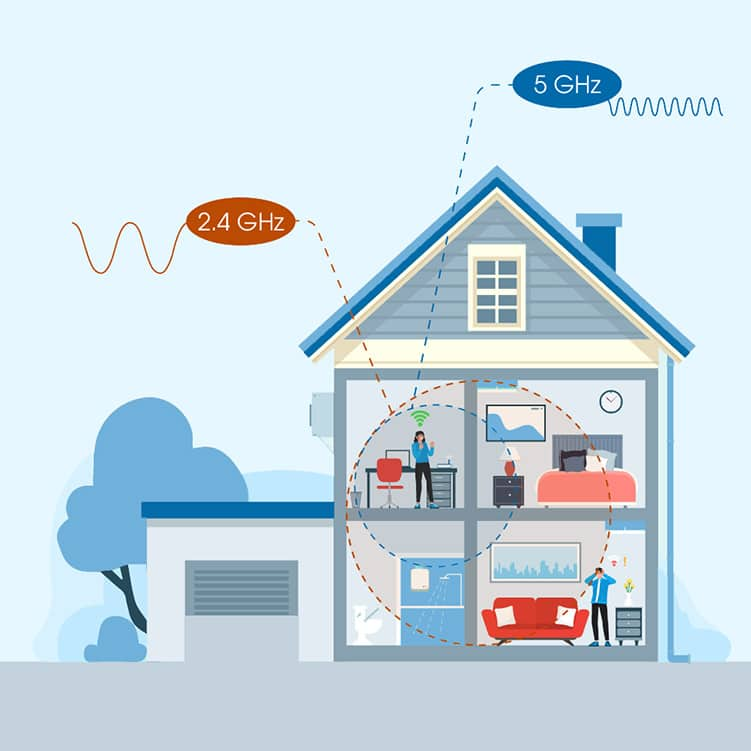 The more recently a DSL technology has been launched, generally speaking, the quicker and better the connection will be.

You also need to be aware of the particular DSL technology being utilized in your region and on your connection.

The following DSL technologies may apply to you, depending on the highest speed your line can support: 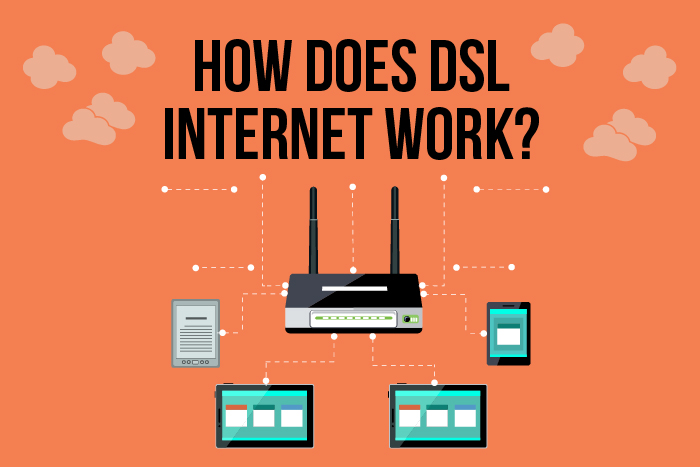 Finding Internet-connected devices that work with your Internet plan requires some research on your part.

Make sure to look around for devices that support at least 200 Mbps speeds, for instance, if your Internet plan allows for download rates of up to 200 Mbps.

You can't get the most out of the Internet service you're paying for if you use a device with slower speeds.

A protected and secure Internet connection is required.

After all, a secure Internet connection aids in the protection of your private data.

Your devices should have password encryption that is at least WPA2 or WPA3 according to good practice. 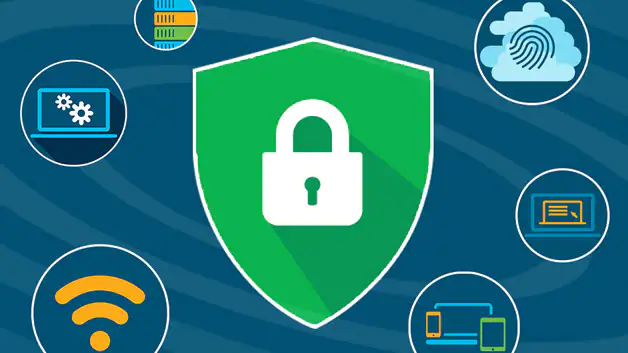 By merging two Internet channels at once, channel bonding can increase Internet speed.

The more traffic and speed your channel can carry, the greater the channel bonding.

Read also: Can someone hack into my phone through wifi?

How fast should my CenturyLink Internet speed be?

Obviously, your plan will determine the maximum speed of your Internet connection.

The most basic plan of 15Mpbs or 20Mpbs should be adequate for homes without high users and with only a few devices in need of connectivity.

The Price for Life plan from CenturyLink, on the other hand, is best for families with more than five members and more than ten devices because it has a 100Mbps maximum download speed.

How fast should my CenturyLink Internet speed be?

In most cases, this is the best option for a family when everyone works from home.

Finally, CenturyLink Fiber Online, which offers rates of up to 940 Mbps, is available if you want to have lightning-fast connections for streaming, uploading, downloading, or any other Internet chores that need a lot of data.

The plans offered by CenturyLink are more reasonably priced when compared to those of other providers.

Can I improve CenturyLink's Wifi signal?

Although it is nearly difficult to improve your maximum Internet speed without updating your plan, you may boost the effectiveness of the WiFi signal you currently have. 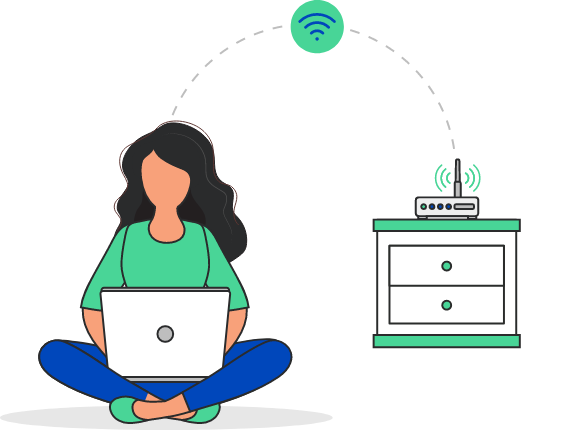 Can I improve CenturyLink's Wifi signal?

Simply get a router with at least 802.11ac capabilities to accomplish this.

With less data and speed lost over distance, a router with this compatibility may transmit Internet signals over a greater distance.

Even if you get a great router, you still can have poor wifi speed test results if you live in a large home and often remain in various areas.

It also definitely wouldn't be able to connect everyone on its own.

You should purchase an additional router or a WiFi extender for this.

In general, buying a modem directly from CenturyLink is quicker and simpler. However, if you like to be able to select exactly what you want, ordering online and waiting for it to come at your door may not be such a bad idea after all.  Now that you know the answer for “Can I use my own router with CenturyLink?”, you can choose the best router that fits your needs.