Internet Speed: Why is my download speed not what I pay for?

Don’t worry if you run an online internet connection speed test and find the result lower than the bandwidth that the Internet Service Provider advertises. This is a normal situation that many of us might experience.

Want to know “Why is my download speed slower than what I pay for” and what to do if it happens? If so, keep reading on to learn the answers! 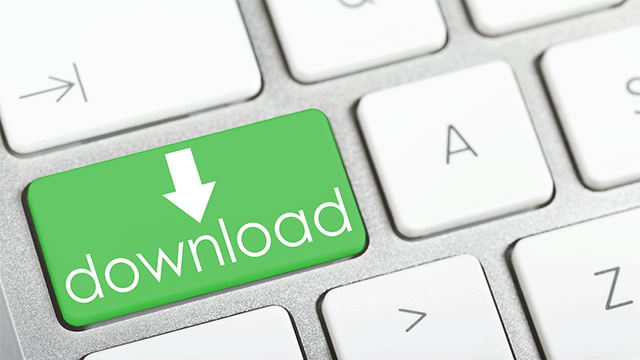 Whenever you want to know how fast (or slow) your connection is or if it matches the internet bandwidth you are paying for, it’s a good idea to run speed tests.

But what if you get the result showing down speeds slower than what you pay for? What is the cause?

Is it because your Internet Service Provider (ISP) doesn’t provide you with the speed and bandwidth they promise? Not really, since there can be several reasons behind the difference in download speeds between the test results and your internet plan.

But first, why don’t we spend a minute checking out ways to test download speeds? 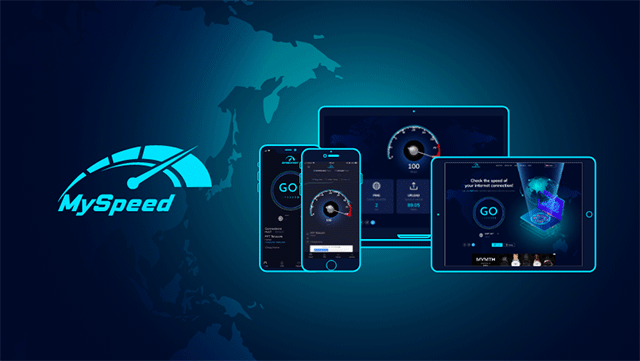 Within just some seconds and a few clicks, you will know how fast or how slow your internet connection is. Yep, you read it right. Right now, MySpeed is going to share with you two different ways to check your network connection speeds.

These days, there are a lot of websites created to let us check internet speed, in which Speedtest.net, speedof.me, testmy.net, fast.com, etc are some of the most popular choices. Also, MySpeed’s gospeedcheck.com is a good option to try.

To tell the truth, it’s a piece of cake to test your internet performance using these sites. Everything you need to do is to visit a speed test site, click the “GO” or “START” button, and wait a few seconds for the results (including ping, download, and upload speeds) displayed on the screen.

This method is also quite simple. According to windowscentral.com, here’s how to check: 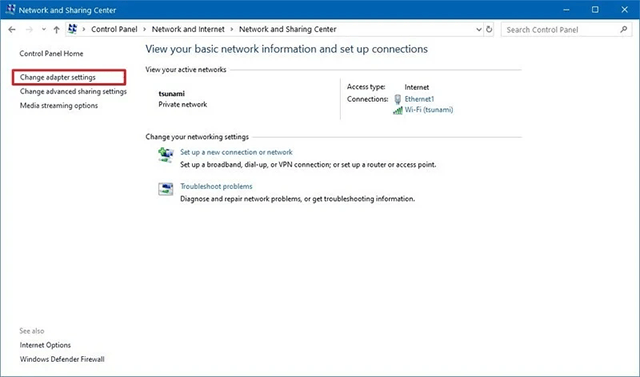 Note that speed check sites allow us to test internet speed on both PC and mobile devices while showing network adapter speed using Control Panel just can be used on the desktop.

These are about two easy ways to check your internet performance. Now, let’s move on to learn the reasons behind download speeds being slower than what you pay for.

Why is my download speed not what I pay for?

As mentioned above, there are various reasons behind slow internet download, including both internet and external factors. So, if you run a test and find the current speed lower than what you pay for, well, that might result from different things. Following are the details, let’s see!

The first thing we should discuss here is the accuracy of the speed test results.

In case your test results don’t match your internet plan, chances are that you perform the test improperly, resulting in a slower-than-actual speed.

Why running the test properly matters

To tell the truth, running the test the wrong way is one of the common reasons causing your speed results to be lower than its actual speed. In other words, it means that you get inaccurate results.

So, when you test your internet connection speed and wonder “Why is my wifi download speed so slow,” you should run the test again and again to ensure the accuracy of the test.

Running a speed test sounds so easy. That’s true since you just need to visit a testing site, make a few clicks, and wait for a few seconds.

Well, that’s how we run a test, but everything seems a bit complicated when it comes to running it the right way. 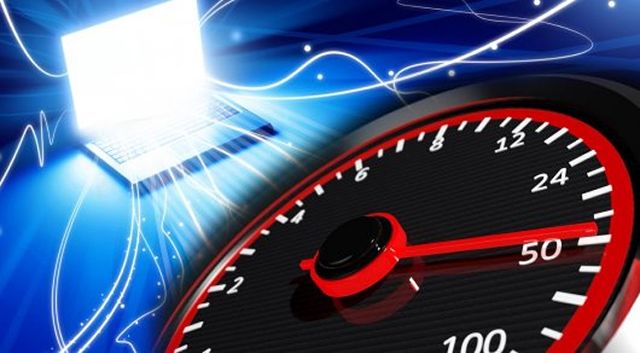 How to test internet speed the right way?

Perhaps, no speed test is 100% accurate since different factors are interfering with your test’s accuracy

But if you test the right way, you’ll limit the effects of both internet and external facts, allowing you to get much more accurate results.

To do so, please keep in your mind the following things:

Along with these things, well, there are still other factors directly affecting your download speed, causing poorer internet performance. Due to that fact, you’ll also likely receive speed test results showing lower numbers than your internet plan. Keep reading on to learn more! 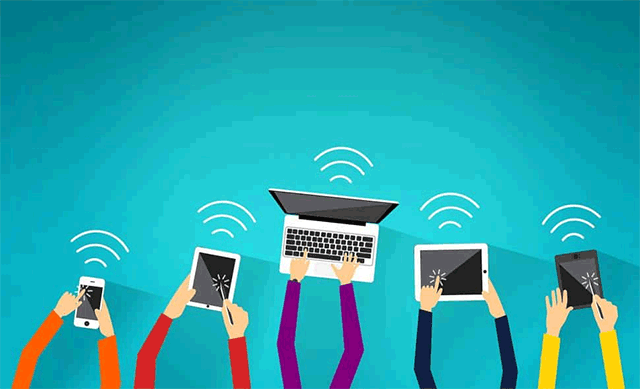 Router position, the distance between you and the router, network congestion, internal internet traffic, etc, all these factors (including ones that you are unable to control) can affect your internet experience, especially when it comes to WiFi download speed.

Wonder “why is my download speed suddenly so slow”? If so, it’s worth considering the following things.

During peak hours such as on a weekend evening when a lot of people are watching Netflix streaming, you might experience lower internet speed than usual.

So, if you perform speed checks during peak hours, the results tend to be inaccurate. Instead, test your connection performance at different times of the day to exactly measure the speed of your internet connection. 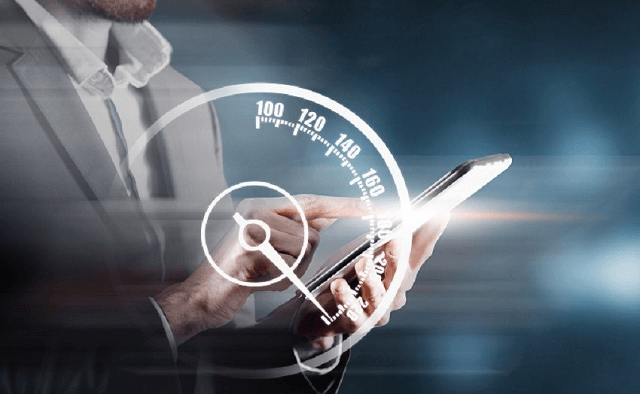 Unlike wired connections, wireless connections are transmitted through the air. Because of that, physical obstacles and wireless interferences can potentially interfere with Wi-Fi signal strength.

That’s why testing the speed over a wireless connection will produce lower results than testing it over a wired connection.

If you want to more accurately measure your internet performance and have faster speeds, you should run the test over a wired Ethernet cable connection, according to AskLeo. 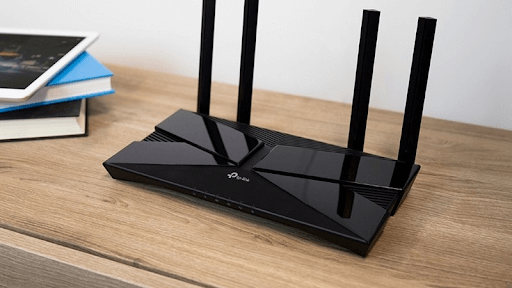 The distance between your test device and your router affects your WiFi downloading speed. The further the distance, the poor the Wi-Fi signal strength.

As mentioned before, the wireless connection is affected by wireless interferences and physical obstacles such as wall materials.

So, when you run the test at a position that’s far away from your router and there are physical obstacles between your test device and the router, then the results will likely be so slow. Therefore, you should run the test in the same room as your router to get more accurate results.

In addition to the above factors, other things could affect your speed test results’ accuracy, in which the existing internal network traffic needs to be mentioned. This kind of traffic comes from other internet-enabled devices in your house, causing the network to be split up.

If you want to ensure the highest accuracy of the test results, perform the test when there’s just your device using the internet. Besides, you also should run the test multiple times to have a full picture of your speed. Just a single test appears to be never enough. 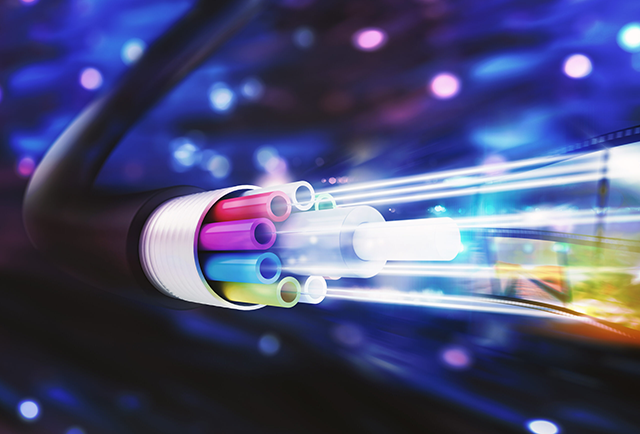 If you still wonder “why is my download speed not what I pay for” after doing enough speed tests to assure reliable measurements, your connection may be having problems, and the cause could be due to your ISP's service quality.

For example, there might be a problem with the cable line running from your ISP to your house or a problem with some other equipment they have. Well, in this case, what you need to do is to call your ISP and report the problem.

Because you are paying your ISP to get a good internet connection, it is their job to fix problems with their services. But be sure that it’s actually their problem.

Well, the problem occurs because of the way you run the test. Or it might be because of your ISP’s problem. When you determine that it’s actually the problem of the Internet providers, you need to call them and report the problem as soon as possible. That’s all for this post. Now, you know the reasons for WiFi download speed slow "why is my download speed so slow", right?