Qualcomm has launched the new Snapdragon 870 5G mobile chipset, which sits between the 865 Plus and the newer Snapdragon 888.

The new 870 will power a wide range of flagship devices such as Motorola, OnePlus, OPPO, and Xiaomi,” According to  Kedar Kondap, vice president, product management, Qualcomm Technologies.

However, which smartphones are powered by Snapdragon 870-powered won’t be revealed specifically until the first quarter of 2021. 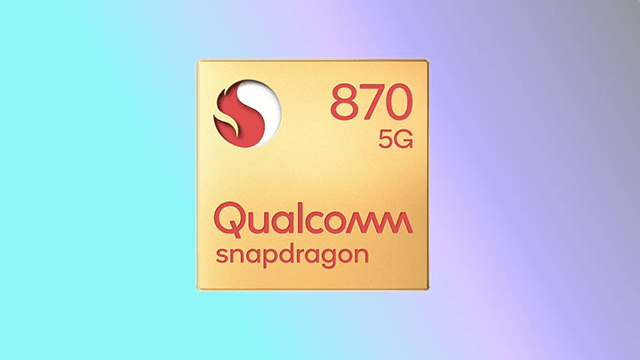 Regarding the camera, it features Spectra 480 image signal processor, a hardware accelerator for computer vision (CV-ISP), and Dual 14-bit CV-ISPs. It can support a single camera of up to 200MP. Slow-motion video capture is of up to 720p at 960 FPS. Video capture formats include Dolby Vision, HDR10, HDR10+, HEVC. Video recording features up to 8k resolutions at  30fps and up to 4K resolutions at 120fps.