Myrtle Beach metro area ranks No. 4 for slowest internet in US 2021

Recently, a report of the fastest internet connection speed in the US in 2021 has been launched. Researching data from over 1.3 million speed test results was used to analyze and rank average speeds by HighSpeedInternet.com. 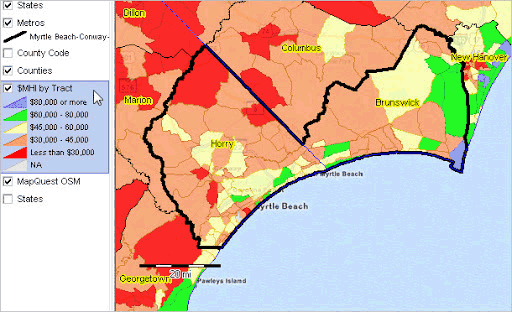 Myrtle Beach metro area ranks No. 4 for slowest internet in the US for 2021

According to HTC's Leslie Causey, "The Wi-Fi world and speeds are rapidly improving and expanding. And smartphones from two to three years back, such as the iPhone 5 or 6, are technically incapable of pulling the volume of Wi-Fi that an iPhone 11 or 12 would ".

Representatives in South Carolina have been calling for a million-dollar internet extension for months. HTC is now trying to close the gap.

Causey stated that they are collaborating with federal and state governments to secure funding to help bridge the digital divide.

To go further into the division, Causey stated that while all of Horry County has access to 300 MBPS, rural areas do not.

HTC also developed two maps with speed indicators that display places of need and what each region has access to within the district.

Worked from home and poor internet speeds over the last year, according to Causey, have aided in bringing these problems to light.

In addition to the money, Causey said that the internet provider is extending to areas of the district with the slowest speeds.