How to update Arris surfboard in 7 super-easy steps?

The time will come for a firmware upgrade whether you bought your Arris router through your internet service provider or on your own.

There is no need to be afraid of these kinds of changes, yet regrettably many individuals are.

This post will explain how to update arris surfboard.

Even for unskilled users, the firmware update procedure is straightforward and shouldn't present any issues. 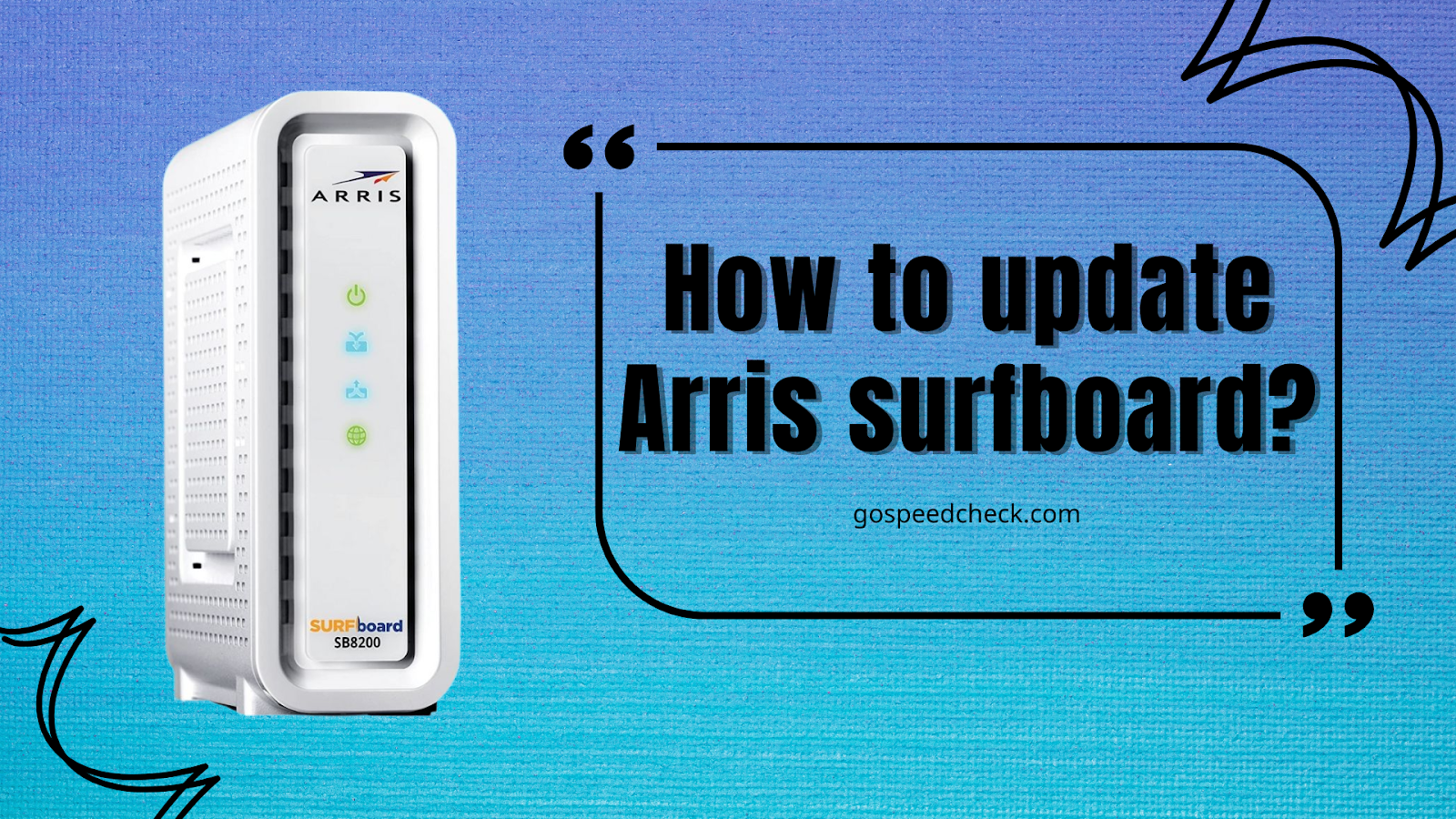 Guide on how to update Arris suftboard

Table of contents
Does router update firmware on its own?
Arris router update firmware on its own
Are Automatic Updates Available for Arris Routers?
Why do I need to update Arris surfboard?
Fix bugs
Enable new features and functionalities
Make better and tightened security
Optimize the hardware’s performance
What if I am using one of discontinued routers?
How to update Arris surfboard?
Log into your router
Find out the router’s firmware version
Download the latest firmware update
Upload the downloaded firmware to the router
Install the firmware update
Reboot the router
Login after reboot to confirm the update

Does router update firmware on its own?

If the firmware updates itself, why do I need to do it?

Many individuals are perplexed by this question, especially those who own Arris surfboards.

Just so you know, the majority of modern advanced routers have the ability to update themselves.

It will actually update at a time that is most convenient for its customers, such as late at night, when everyone is asleep, or when usage is at its lowest.

Not all routers, nevertheless, have been built and designed in this way.

So, what does a firmware upgrade actually do? 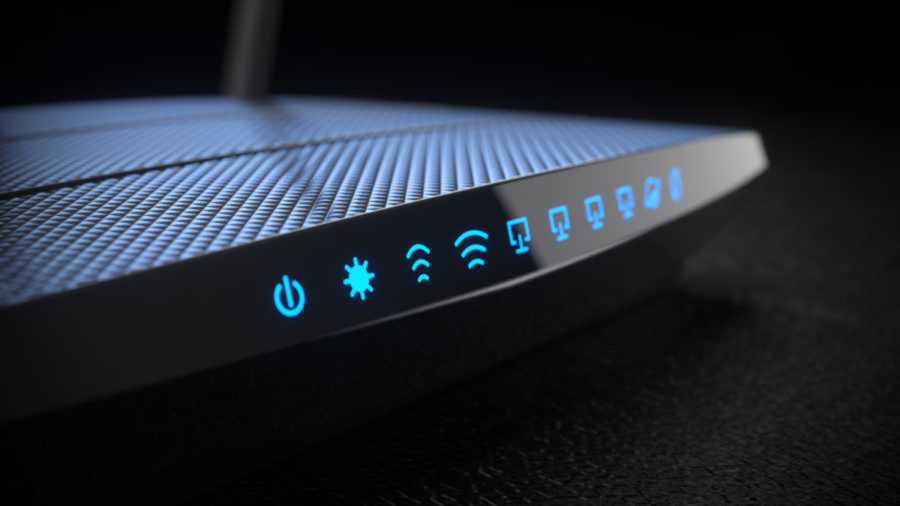 Arris router update firmware on its own

When your model is more obscure or an older model, manually updating the router can occasionally become time-consuming.

The majority of gadgets have automatic updates, however routers do not.

It can take some time for the update to reach your router because certain ISPs, including AT&T, push firmware upgrades to its modems gradually.

If the router used by your ISP is an Arris type, manually updating the software presents entirely new challenges.

Contact your ISP to confirm that you can install the firmware version you intend to use because it may not enable you to use the most recent router firmware.

If you purchased your own Arris router, no automatic update functions are available.

You will need to manually download and install updates from their support page. 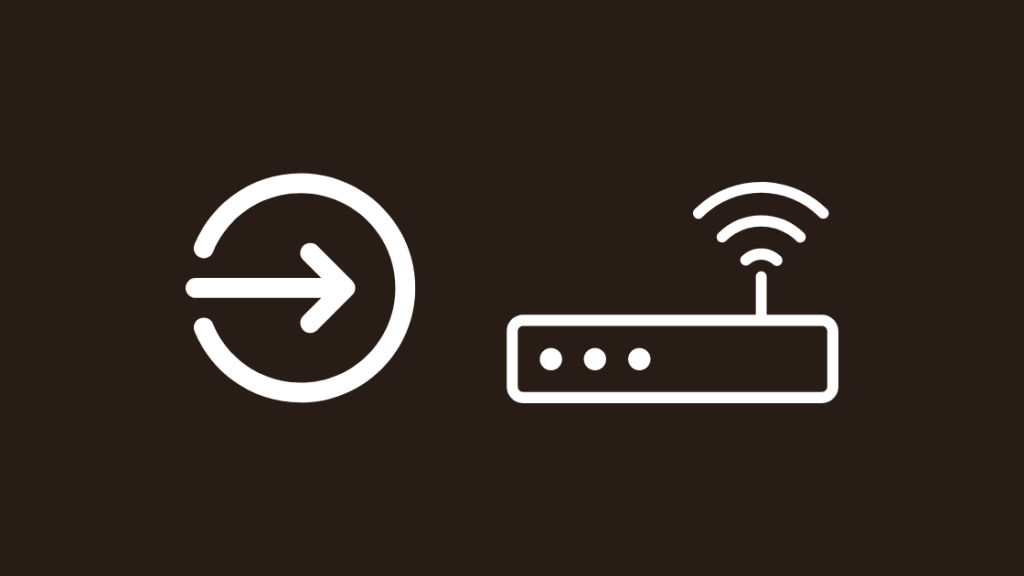 Why do I need to update Arris surfboard?

Many people don't really understand what the firmware is for, especially those who aren't tech-savvy.

Everyone benefits from firmware, which is a permanent software that can only be read.

It is frequently the type of software installed on routers, cameras, or other "read-only" hardware.

Your router's operating system, or firmware, manages all of its functionality. Because firmware is "lower level" than other software, updates are infrequent.

These updates, however, significantly alter the firmware and enhance the system practically in every way.

Because firmware upgrades also fix security problems, updating your router's firmware is just as crucial as updating any other software you own.

Bugs are defects, faults, or errors in a program that can lead to incorrect results.

Your Arris router may display a few bugs, sluggish connections, incorrect setups, etc. if its firmware is out of current. 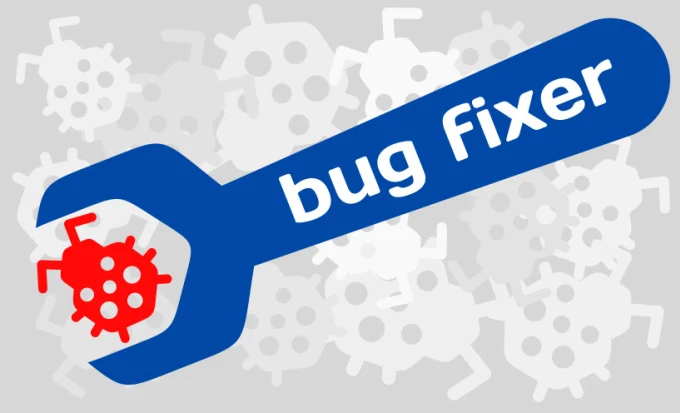 Changing the firmware on your Arris router might benefit you even more by adding new features and functions that you'll unquestionably want to employ.

Hackers and online thieves are yet another important reason to update your router's firmware to the most recent version.

They might have devised a means of breaking into the configuration of the outdated firmware.

By updating the firmware, they would have to break into it once more, which would take time. 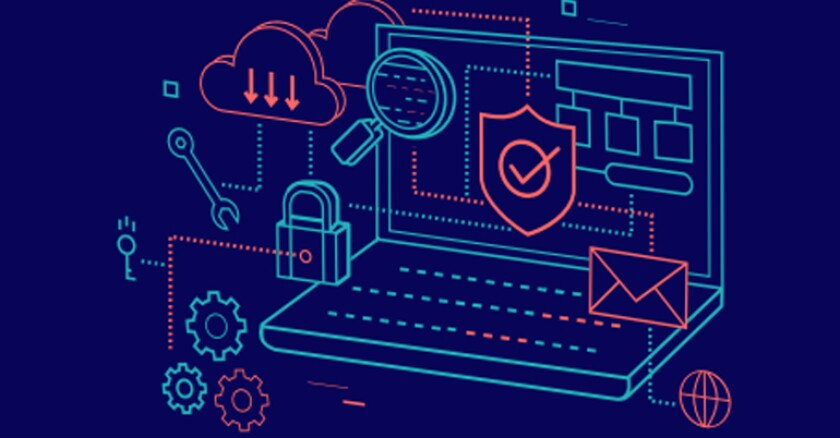 Last but not least, updating the firmware on your Arris router will continuously improve and enhance its performance.

It can, among other things, make your router work and operate more quickly.

These are just a few of the most frequent justifications for updating your router's firmware.

If you're a more tech-savvy person or you should have a better comprehension of it, you may have your own justifications. 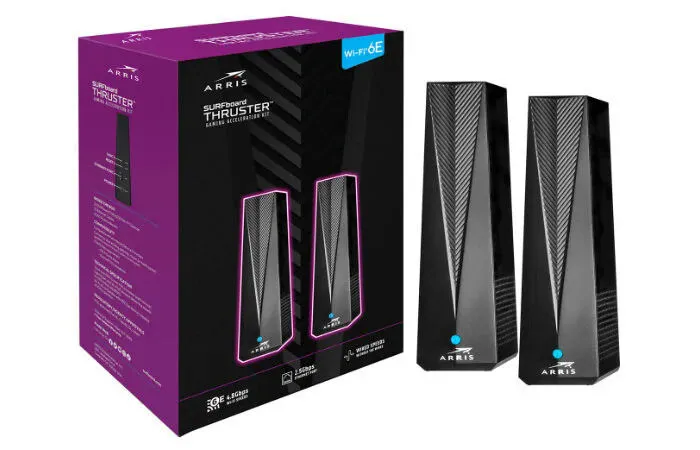 What if I am using one of discontinued routers?

If you use one of these, you most likely obtained it from your internet service provider, so get in touch with them for assistance.

It's likely that the firmware for your router was created expressly to meet the needs of the service provider, who also offers the updates. 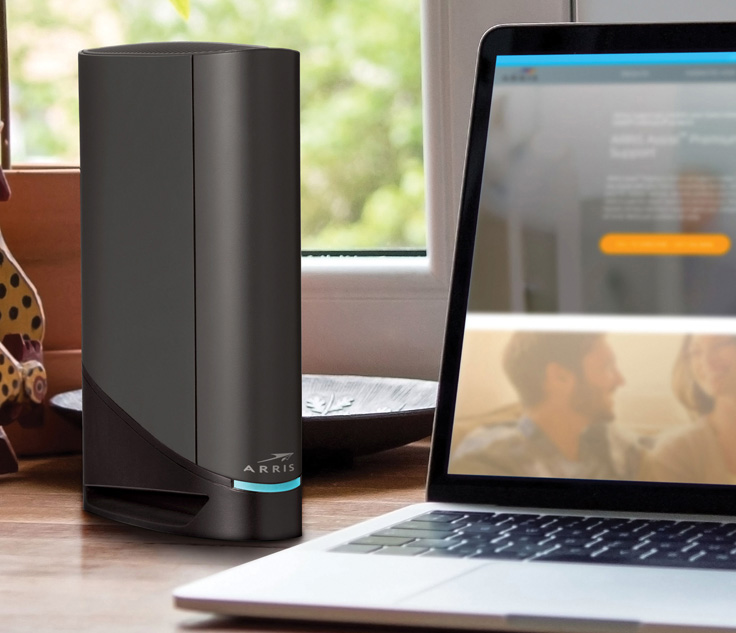 What if I am using one of the discontinued routers?

How to update Arris surfboard?

The directions and procedures for updating your router will differ depending on the brand in an effort to be uncommon, distinctive, and aesthetically pleasing.

Although the user interfaces (UI), designs, and styles of various companies vary, the steps involved in updating or installing newer firmware aren't dissimilar.

Here's a quick guide for updating an Arris surfboard:

Logging into the interface where you may update the router is the first thing you need to do. 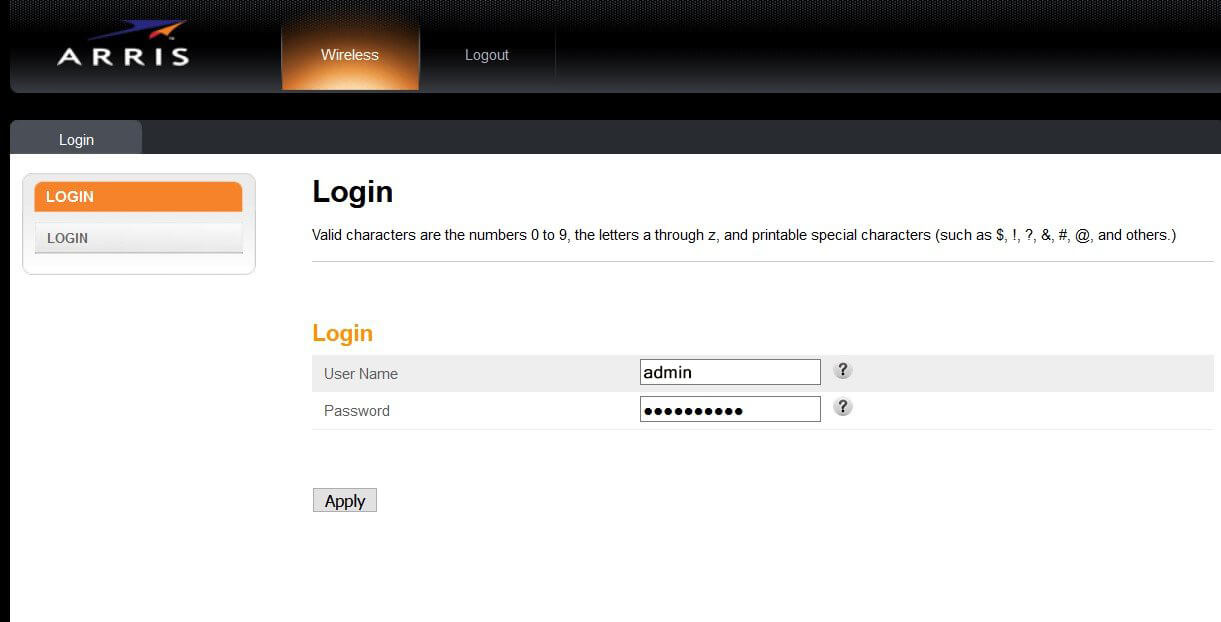 Find out the router’s firmware version

You'll need to determine what firmware version you're using and whether an update is even necessary once within the web-based GUI. 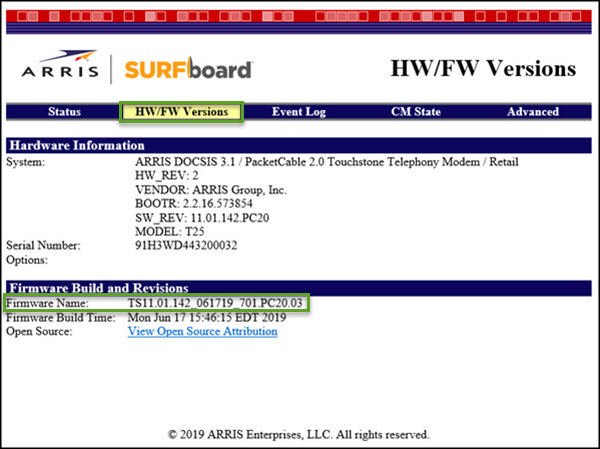 Find out the router’s firmware version

The next thing you should do is download the most recent version of your Arris router if you discover that the firmware version you are using is not the most recent or updated one.

You can do this by going to Support on the Arris website.

Make sure the firmware you're downloading is the most recent version that is compatible with your present router before you start.

Downloading the incorrect one will be useless, so be careful. 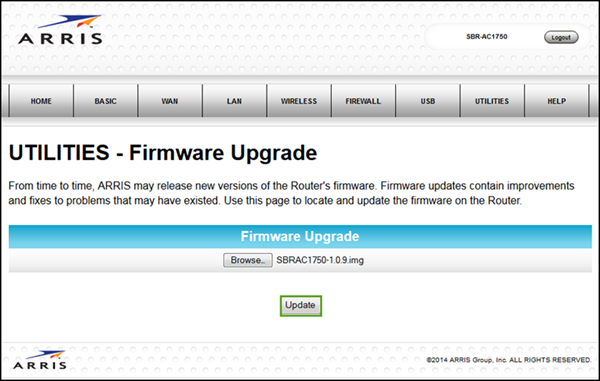 Upload the downloaded firmware to the router

You must upload the file you just downloaded to the router interface in order to install the firmware update.

This is how to do it: 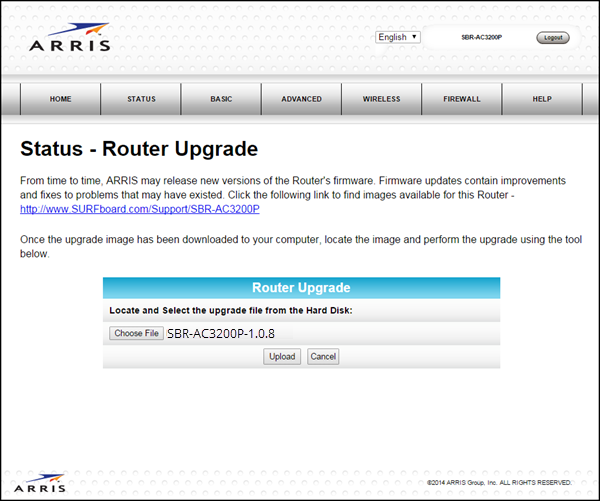 Upload the downloaded firmware to the router

After you upload the file, the installation will continue automatically.

Don't switch off the router before it restarts itself because it will restart after the update.

Check the firmware version once again after installing.

Verify that it has changed to the installation's new version.

Install it once more if it hasn't already.

Some Arris models resume upon the update's conclusion.

Manually restart it if yours doesn't.

Before turning the router back on, switch it off and wait a while. 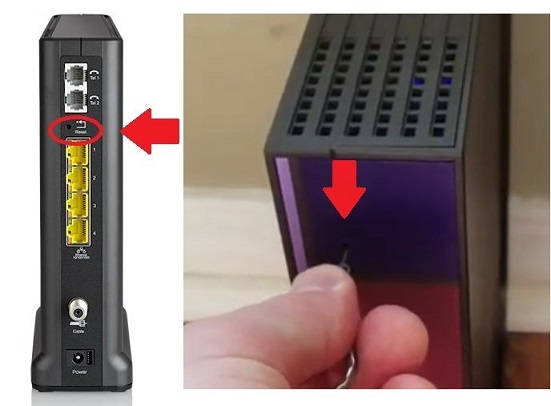 Login after reboot to confirm the update

You made an Arris router firmware update.

If you wish to validate it, log into the GUI once again using the identical procedures you used at the beginning of the procedure, and look at the firmware version you're currently using. 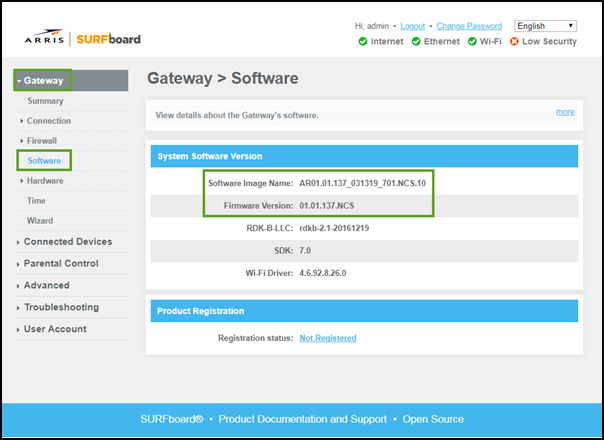 The firmware version you're currently using

The method for upgrading mentioned above is fairly comparable to how other router makers set it up. This document has all the information you need if you're attempting to figure out how to update arris surfboard. It only takes a few taps and clicks to say goodbye to an outdated firmware version.