Ping spikes on Wifi is a common issue while playing online games even ping spikes every 10-15 seconds. That's when your connection randomly pauses for no apparent reason, causing you to miss your target or your character to become hurt or killed. So, what causes ping spikes, and how to prevent ping spikes? Keep reading this article and find the answers. 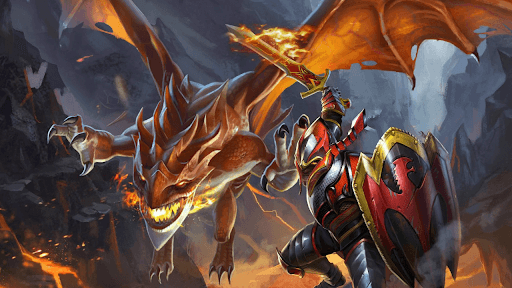 How to reduce ping spikes?

What is Ping rate?

The network delay between a player's computer (or the client) and another client (peer) or the game's server is referred to as ping. Therefore, during the online game playing, ping plays an important role even sometimes deciding the win-loss of a match.

Check out what the Reddit community has to say down below: 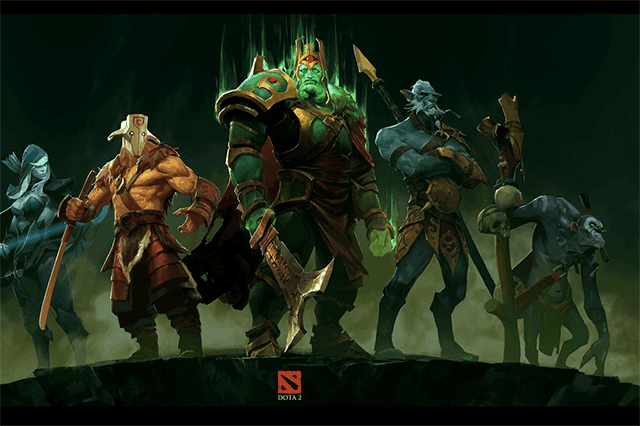 You measure your latency with a reliable ping test online and receive a good one. However, you still have been experiencing internet ping spikes sometimes.

There are hundreds of conversations discussing this problem on forums, social networks, or game websites and there have been no reliable solutions so far. That is not totally true. There are still possible ways to solve this issue while the test result returned is a good speed.

Although maybe these solutions can not solve your problem completely, they still improve your situation somehow. Let us have a look at some causes and fixes for the internet random ping spikes in the next.

Why is my ping so high in CS Go?

Why is my Overwatch ping so high?

High latency suddenly is not only happened in CS Go, Overwatch but also in other online games.  It is caused by a variety of reasons. There is no specific reason leading to the lag but they are a few general causes making you experience this situation.

The top reason for this circumstance is that their computer does not meet the system requirements for the video game. Games like Valorant, League of Legend, DOTA 2 make up large RAM as well as require advanced CPU.

For example, to download Valorant, your computer needs to be at least Intel i3 730M and have much more than 5GB free RAM because the Valorant system requirement is 4GB. 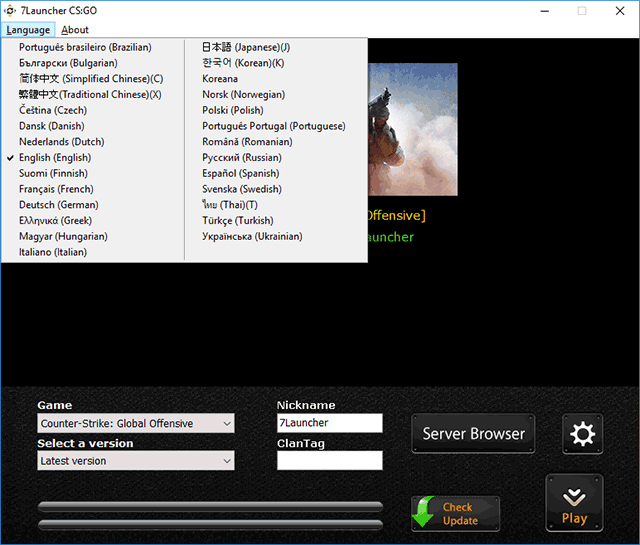 Besides, the Valorant ping spikes, ping spikes Overwatch could also be due to your game files. They could be corrupted and incomplete, and even because the Steam launcher is not installed correctly.

Some factors can lead to this wrong result in both direct and indirect ways. It could be that you conduct the internet speed test online at peak hours. The latency in that time will be different from that at off-peak hours. It is recommended to run the test several times per day to take an average latency.

Besides, some other factors like VPN (a virtual private network), too many running apps, malware, or firewalls also impact the correct of the test. 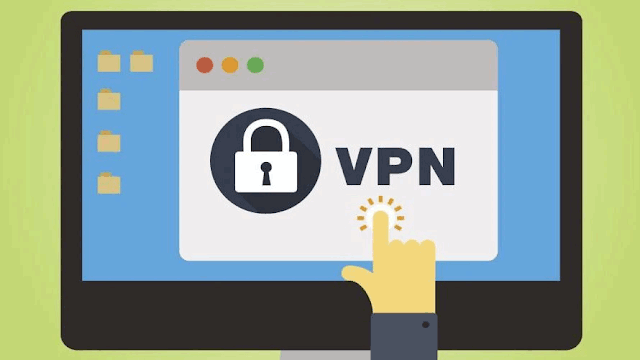 How to stop ping spikes Wifi in DOTA 2?

How to reduce ping spikes?

How to fix high ping on Wifi?

How to fix ping spikes windows 10?

How to improve ping in Dota 2?

While playing online games, high ping will make the game experience worse due to an increase in the loss rate. These questions are surely questions not only you but also many other gamers want to find the answers to.

How to reduce high ping is always mentioned but do you know what is a good ping? You need to understand good ping first before doing anything.

Take a look at this part.

What is a good ping ms?

In general, our latency ranges from 50 to 100 ms which is suitable for most online activities especially online games, video conferences.

A result lower than 50 is considered a great speed You can play heavy video games, multiplayer games smoothly without disconnection, lag, or buffering.

In contrast, the result is higher than 150 ms, you should find ways to reduce it. This speed leads to some popular internet connection problems such as low loading time, buffering, choppy video, etc.

Using MySpeed - a reliable speed check online to check speed of your network connection. This tool measures your internet connections speed quickly after seconds. Especially, it is totally free as well as no-ads. Is this so great?

How about your internet speed test result? Is it a good speed? Even you got a bad or good result, you still experience lag spikes of a network connection. Here are “how to reduce ping time” for DOTA 2, CS Go or in any video game.

How to reduce ping in games?

Most online games are downloaded and played on computer so people think that CS Go ping spikes fix or any ways to fix ping spikes is not just about any computer. However, it never hurts to double-check your stats against the game's system requirements.

That is also a good practice for you to update your graphics. If you have not conducted the update, let’s visit the website AMD, Nvidia, or Intel to get the latest driver downloaded for your card. 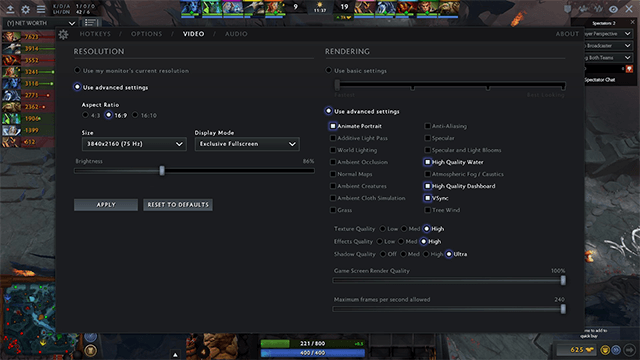 How to reduce ping for gaming?

After you update the driver successfully, you should take a look at the in-game settings as well as try to optimize FPS and lag. To optimize, you can start with a reduction of the game screen render quality by approximately 10%, switch Shadow and Texture Quality to medium.

Also, with some changes in the rendering setting, the wifi ping spikes is able to be limited a lot.

Thanks to these, the visual of the game bears very little positive impact and helps you save significant FPS.

Another effective way of ping spikes League of Legends fix or other games is to step up some changes in internet access usage. The reason is that the quality of your internet connections can be not too great, fast enough to play heavy graphics online video games such as Dota 2, PUBG, Valorant, Fortnite, etc.

See more: How to reduce ping in league of legends

Therefore, you are able to improve this circumstance by changing the Network Quality in the Advanced Options in the game. 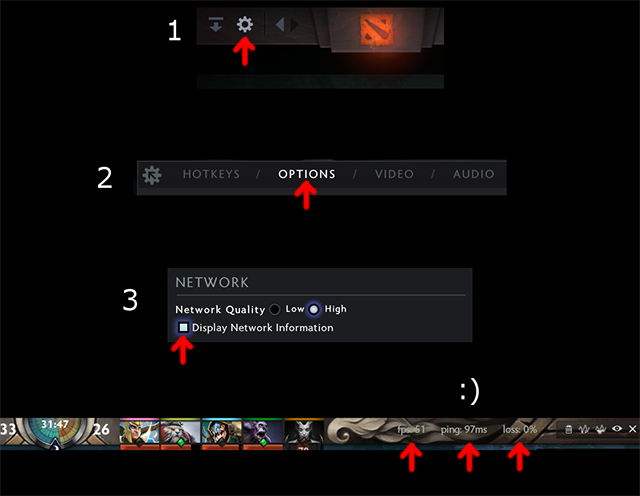 How to reduce ping Dota 2?

Furthermore, while playing the game, you should also stop any streaming services and large file downloads in order to reduce your internet usage.

Another important note when firing up a match is to make sure to only choose the 3 regions closest to you that has the lowest latency rate.

As a reality, closer physical distances between you and the game server will offer a better rate and playing-game speed will be improved somehow. 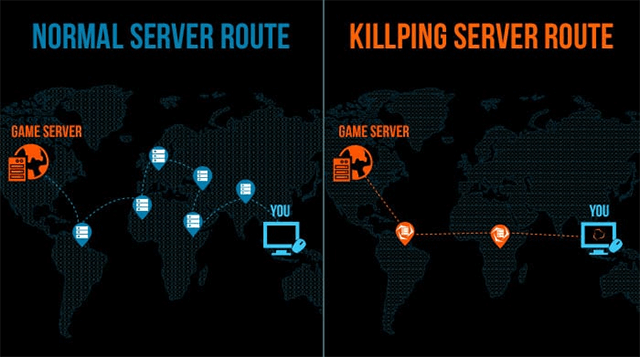 How to fix wifi lag spikes?

Game settings and changing habits of network usage are inside settings. If random ping spikes League of Legends, for instance, still occurs regularly, you also need a tool supporting the quality of the game.

It is time for you to consider trying out Outfox. This tool can prevent you from experiencing ping spikes somewhat.

The Outfox is an optimized gaming network and an intermediary lets your routes provide the best performance possible.

The Outfox enables you to stabilize your connection to prevent jitter, reduce lag, limit high latency spikes, and increase speed. 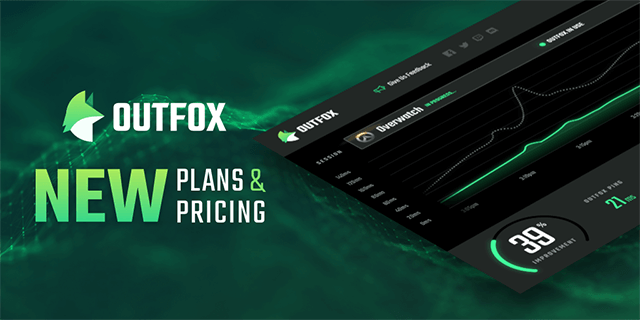 Just fire up Outfox, it will connect directly to the game servers and then provide the fastest delivery of traffic, as a result, reducing random ping spikes in games is obviously seen. Also this fastest server option, it is very easy to set up.

Besides, there are still possible ways on “how to fix ping spikes in CS Go”, “how to get better ping in Fortnite” or ping spikes League of Legends fix, you can try them out at the same time to get the best possible result.

In the case of using a wireless network connection, when you do not have conditions to plug into a wired connection, the router settings play an important role in providing a fast speed to play the game.

You just turn off the modem or router for a while and then turn it on. That time, your device might work better, and your playing-game process can be less laggy. 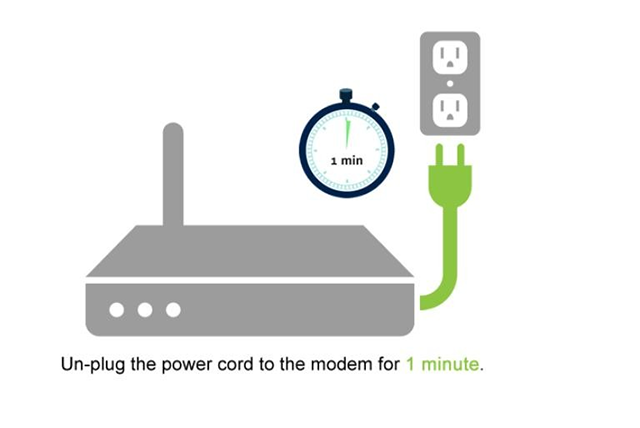 How to restart router wifi?

In the case of using a wireless network connection, when you do not have conditions to plug into a wired connection, the router settings play an important role in providing a fast speed to play the game.

If your router version is too old to satisfy updated features currently, you should consider replacing it, especially a 3-5 aged router. An advanced router will have features, capacity to offer a faster speed than that of an old router.

Nowadays, there are some kinds of routers that improve signal quality ranges and allow users to connect at a farther location with a stronger signal.

Moreover, although you might own the updated router, it is also advised that you use a network connection as close to the router as possible. The reason is that the Wi-Fi signal strength is the best in locations near a router.

Many researchers proved Wi-Fi signals are possible to be influenced by some unexpected factors such as Bluetooth, Microwaves, hard obstacles like concrete, wood, or glass, etc. Thus, using the wireless connection near a router is in order to limit the interference of those unexpected factors. 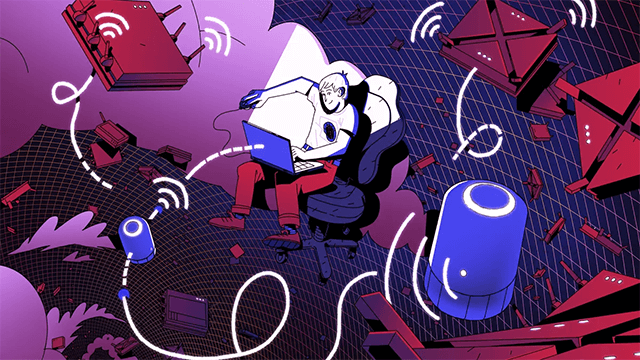 Last but not least, you can try out some tips to get better gaming experience in general. A specific tip can not give an outstanding result, however, combining many tips can create better playing-game performance in certain situations.

Try as many optimizing tips as possible to improve the quality of your internet connections while firing a DOTA match.

You have already known what is a good ping ms as well as all a general guide to limit high ping in DOTA 2 or any other video game. Next time you are experiencing frustrating lag or ping fluctuation, it just takes you some minutes to make these easy adjustments and then you will be on your way to victory!

See more: How to reduce ping on league

Tags • How to improve ping