Rating:4.8 - 50Votes
Table of contents
What does the speed test mean?
How speed test works?
Are Speed Tests Accurate?
How Speed Test Works: Get the Most Accurate Results
What is a good WiFi speed?
Conclusion

A quick test internet speed is not only to find if your WiFi signal strength is slower than normal, but also to pinpoint which is causing issues for your wireless network, and ensure there is no one stealing your bandwidth. But now how speed test works, and how you interpret your WiFi speed test results?

What does the speed test mean?

A speed check for the Internet is the quickest way to know how fast your connection is. When you register an Internet plan, your Internet Service Provider (ISP) often makes promises for “up to” download and upload speeds. But what you actually get is normally lower because of other factors such as the plan you chose, local congestion, any throttling rules it has. 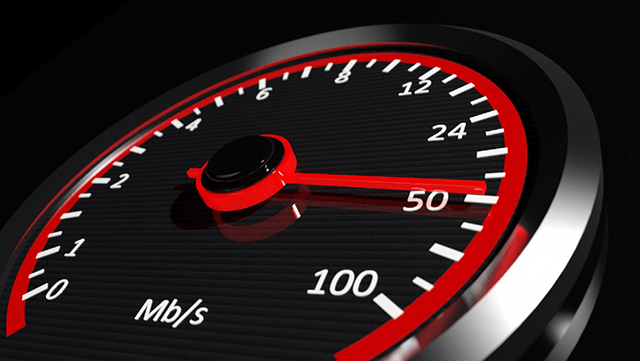 For example, If they promised you “up to 30 Mbps,” and you consistently only get 27Mbps, then this is acceptable. But if you get 15 Mbps, much far from what you pay for, and it’s time to give your ISP a call. How speed test works?

A quick test internet speed will measure your Internet performance and provide ping, and download and upload speeds. Don’t be surprised if the download speed is faster than the upload speed because.

When a speed test starts, it will first determine your location and the closest test server to you. Some websites, like gospeedcheck.com, also allow you to change the server according to your preferences. Next, the speed test sends a signal to the server, and it will respond. The time for a round trip will be measured in milliseconds.

After measuring the ping, the test begins the download test. The client opens many connections to the server and downloads data. At this point, the amount of time taken to grab the piece of data and how much bandwidth it used will be measured.

It’s quite easy to understand how speed test works.

The client will automatically open more connections to the server and download more data if you have room to spare.

Once the client determines it has the correct connections to test your internet service, it downloads additional chunks of data, measures the amount downloaded in the time allotted, and presents a download speed.

Next is the upload test. It’s essentially the same process as the download test but in reverse. Instead of pulling data from the server to your PC, the client uploads data from your PC to the server.

Conducting a quick test on internet speed is simple but it can be a challenge to measure how fast your connection accurately. How accurate a speed test depends on many factors such as the server location, the conditions of devices, traffic network, and more.

After knowing how speed test works, to have more accurate results, you should first choose the closest test server so that the data doesn’t have as far to travel. Being aware of that proximity, businesses use a content delivery network to bring the data closer to users. 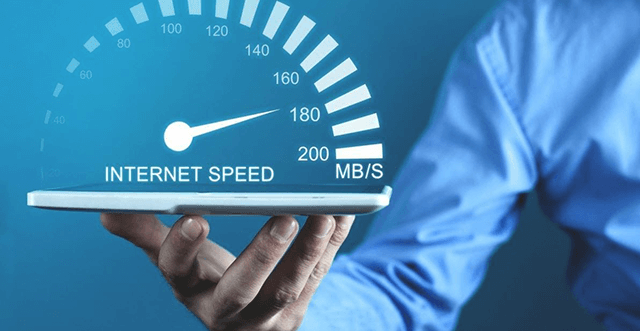 But the entire internet is far away from you, sometimes in another country. Thus, while your results of the quick test internet speed may show fast connections, downloading files might be slow if the server that hosts the data is not close to you. In that scenario, your results may reflect a faster internet than what you actually get in the real world.

Different speed results when trying different tests like MySpeed, Google’s are due to the difference in server locations. Although your ISP might offer a speed test, we recommend you shouldn’t rely on it because their tests are designed for ideal conditions, using the closest servers that are often saved on the same ISP network. That leads to faster internet performance than you might have with other speed tests.

Additionally, how speed test works can be affected if you test while downloading large files or while someone in your home is streaming Netflix. To be more specific, the client opens as many connections as possible and maximizes your network usage. Taxing your network can prevent the speed test-taking full advantage of your resources.

The accuracy of your test is also affected by how you’re connected and which devices you’re testing. The speed received on an ethernet-connected PC is faster than that of a Wi-Fi. And If you see results vary on different devices using the same connection, don’t be surprised!

Another factor affecting your WiFi speed test results is how many users and devices connected, and the frequency at which these devices are used.

How Speed Test Works: Get the Most Accurate Results

What you want to measure will affect getting accurate test results. If you intend to see if your ISP is delivering the speeds as they promised, go for optimal conditions. Connect your device to the router using an ethernet, choose the test server closest to you, and stop any apps or activities that are using the internet connection.

Another important note for accurate test results is to restart your router before performing a speed test. If there is a built-in speed test in your router, use it to remove some of the hoops the process has to jump through.

If you look for results that are closer to real-world performance, a browser or app test is recommended.

All in all, a perfectly accurate result won’t be achieved no matter what methods you take. However, how speed test works and the result is good enough to either satisfy your curiosity about your Internet connection or check in on the speeds promised by your ISP. 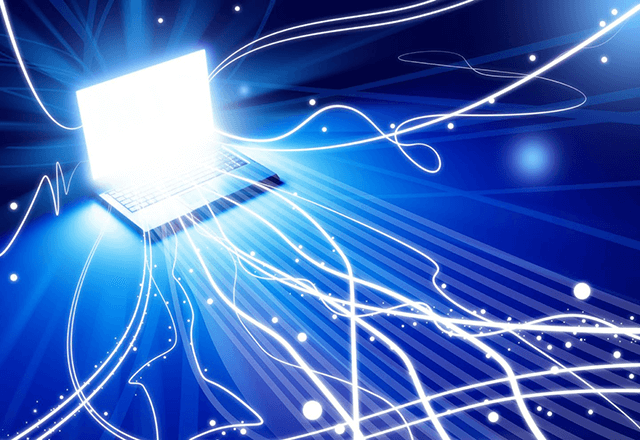 How speed test works is easy to understand

What is a good WiFi speed?

Knowing the Internet speed advertised by your ISP is essential to evaluate your own WiFi speed test results.

However, how a "good WiFi speed" is defined boils down to several factors. Specifically, each online activity you are trying to accomplish requires certain speeds to execute without interruption. Browsing the web, streaming 4K video, and playing an online video game has different speed requirements.

Below are the minimum download speeds required for each activity:

According to the Federal Communications Commission (FCC), a household needs at least 25 Mbps to perform basic tasks like checking email and browsing the web with one OTT activity, such as streaming video.

All in all, you won’t get a perfectly accurate result no matter what steps you take. However, you can get a good enough result to either satisfy your curiosity or check in on the speeds promised by your ISP. Hope this article on “how speed test works” will be helpful for you. Cheers!