Grammarly’s tone detector feature is available on iOS and Android

Rating:4.8 - 50Votes
Table of contents
How to access the Tone Detector for mobile?
Just need to tap on the G icon on the keyboard to activate the feature (Image Cre: Grammarly Blog)

The feature is now available on iOS and Android mobile devices as part of the Grammarly Keyboard. Here are the details! 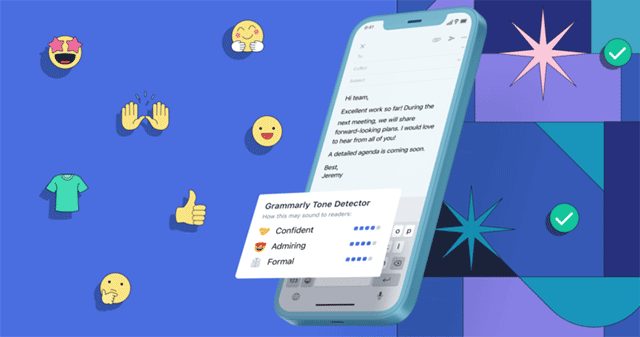 In 2019, Grammarly introduced the Tone Detector on its browser extension for Firefox, Chrome, and Safari. Now, the company officially makes this feature available to the Grammarly Keyboard app with the latest update, according to a recent Grammarly blog post.

That means users of iOS and Android mobile devices now can know how their messages may sound to someone reading them (with emojis included to make things clearer.) It’s worth noting that the Tone detector feature can identify more than 40 different tones, covering a wide range of emotions, including “joyful,” “appreciative,” “optimistic,” “confident,” “informal,” “formal,” etc.

To turn on this feature in the Grammarly Keyboard app, first, update the app, and then go to the app’s settings and turn on the “tone detection” option.

Just need to tap on the G icon on the keyboard to activate the feature (Image Cre: Grammarly Blog)

Grammarly’s Tone Detector on mobile works exactly the same as the one on its browser extension. Just need to tap on the G icon on the keyboard, then Grammarly will show top tones that it has detected in a message. Note that your messages need to have at least 150 characters so that the feature can work as intended.