“Boss Baby” sequel named "The Boss Baby: Family Business" is set to arrive in theaters and the streaming service Peacock simultaneously in early July. Read along for more details. 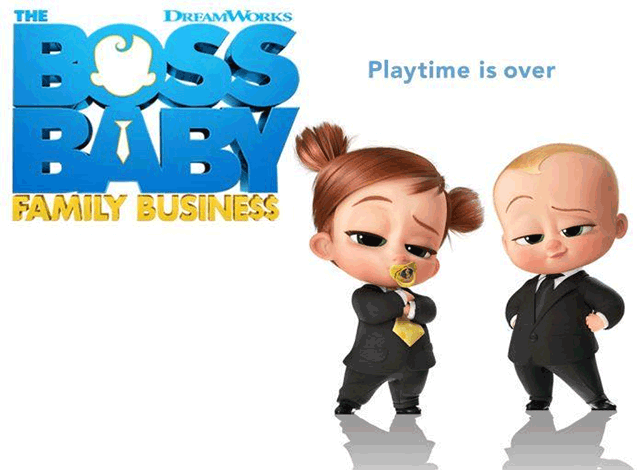 For fans of Dreamworks’ big hit Boss Baby (2017), the earlier-than-expected release of "The Boss Baby: Family Business" must be the very best news.

Last Monday, Universal announced that DreamWorks Animation's Baby Boss sequel - "The Boss Baby: Family Business” is going to be released in both theaters and on Peacock on July 2 instead of the September theatrical release. That means people and families can choose to enjoy “this joyful, hilarious and heartfelt” animated movie right at home or on the theater’s big screen.

"The Boss Baby: Family Business" will be available for streaming with no extra cost for subscribers of Peacock’s premium service, which runs $9.99/month without ads and $4.99/month with ads.

What is "The Boss Baby: Family Business" about?

The BaBy Boss sequel sees the return of much of the original cast (James Marsden, Alec Baldwin, Lisa Kudrow, and Jeff Goldblum).

In "The Boss Baby: Family Business", Tim (James Marsden) and his Baby Boss little brother Ted (Alec Baldwin) have all grown up as adults but drifted away from each other. Tim is a married stay-at-home father, while Boss Baby Ted is now a successful CEO. But a brand-new boss baby, Tina, Tim's infant daughter, is about to bring the Templeton brothers back together soon and inspire a completely new family business.

As per the film trailer's YouTube description, Tina is a secret agent for BabyCorp on a mission to uncover Dr. Erwin Armstrong’s dark secrets. To stop Dr. Erwin Armstrong, the Templeton brothers have to de-age themselves to their ages like in the first movie, but there is just a 48-hour time limit.

That’s how Tim and Ted will reunite in unexpected ways, helping them to re-evaluate the meaning of family and find out what truly matters.