Are you finding a good gaming router? Do not ignore these best ones

Investing in a good gaming router is the best thing for gamers to play online games with a smoother, lag-free experience. Therefore, if possible, instead of purchasing more and more exciting peripherals that put together your gaming rig, maybe a specific gaming router is enough. Today, MySpeed will introduce you to some best gaming routers in general, especially gaming routers for PS4. Do not ignore this! 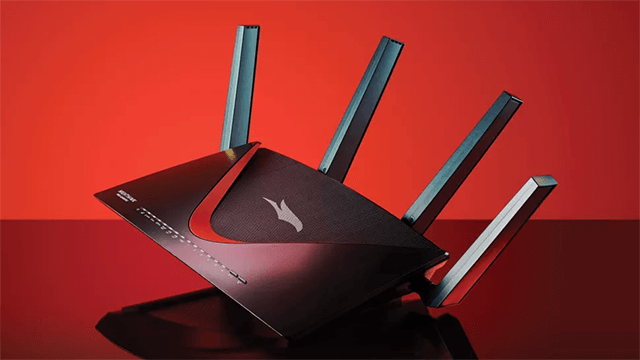 Are you finding a good gaming router? Do not ignore these best ones

How to get lower ping?

Ping is the time a signal is sent and responded between a host and a server. In online games, it means how latency is between your client and the game server. To illustrate, when you want to choose a weapon for fighting, you send a request to the server and after that, a weapon list is shown to your screen. Ping is the time after sending a request, the weapon list appears on your screen.

In online games, speed is considered as a key to deciding the winning-losing. Gamers will want to own a ping as low as possible.

Before firing a match, online game players often measure their internet connection speed with a reliable ping test online. If the ping test result is not good, they could try out some tips to get a good ping for gaming such as using a wired connection, updating programs, or setting up in online games to reduce the ping.

However, after all, investing in a good gaming router is highly recommended for gamers.  Because they can do more than provide a dependable connection. Not only prioritizing network bandwidth for your PC but also they are able to minimize lags and other intermittent problems. In other words, with the help of these routers, gaming players can get a rock-solid connection throughout their entire gaming session, especially at the most essential and intense moments. That is something most typical routers just are not able to do.

Best gaming routers at a glance

Let’s take into some outstanding gaming router 2021, you should own. 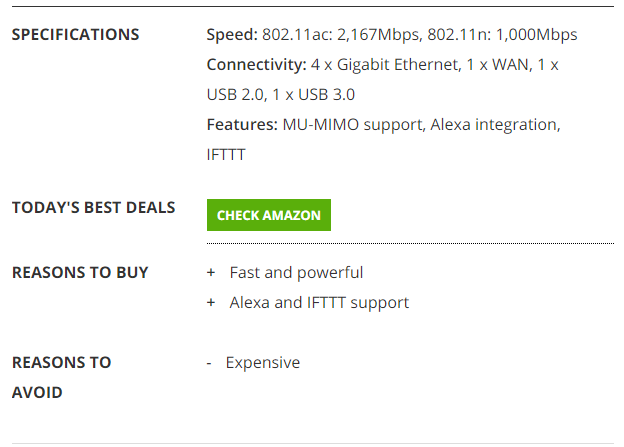 If you are wanting to purchase the latest gaming router technology but you are still interested in that old school look, the TP-Link Archer C5400 v2 will be an ideal fit for your demand. This router is mentioned at the first position in the list because it pairs enthusiast-grade features with a simple setup, packing them into a package that becomes appealing to just about anyone.

After that, conducting a speed check Google to measure speed on the second floor of the building, and surprisingly, even at this distance, the speeds of the 5GHz network kept consistent at 74.2Mbps download, 17.9 Mbps upload. 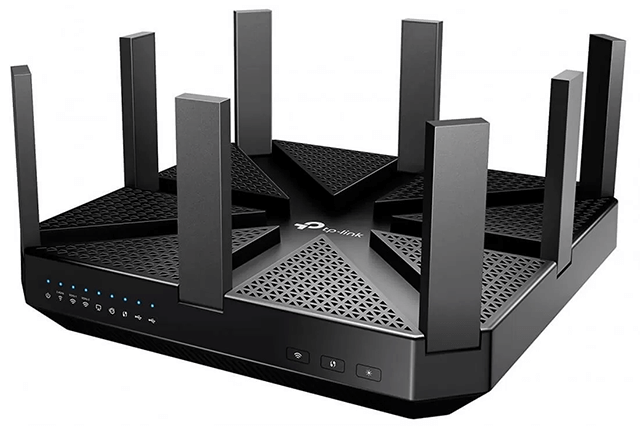 Through a test, the Internet speed this router improves is really impressive 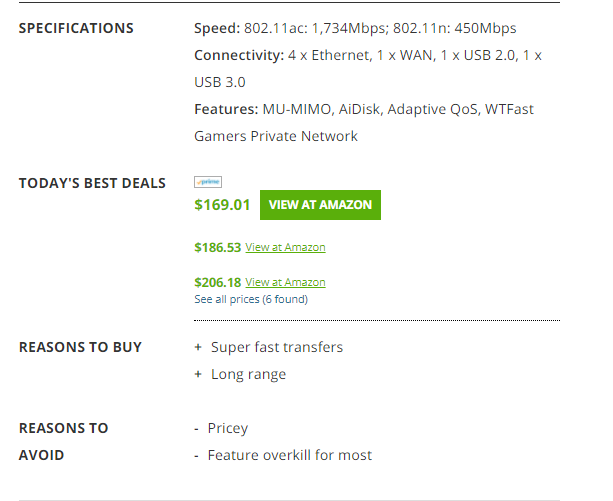 The Asus RT-AC5300 is one of the best gaming routers – it offers a collection of advanced features, helping gamers experience well without as lag and frustration-free as possible. Moreover, this device has a straightforward yet powerful interface along with comprehensive QoS settings.

Especially the spider-like design can make you look strange but the eight antennae serve the purpose of directing the Wi-Fi signal throughout your home. Thanks to this, this good gaming router is able to provide signals in a remarkable range and solve slow internet effectively.

In addition, the router can operate as a WTFast client, automatically connecting to the Gamers Private Network (GPN). It means that your entire home network is a part of GPN and you do not need to run WTFast on your computer anymore. GPN automatically chooses the best server for any game server you are playing, and then you play games with the lowest latency. 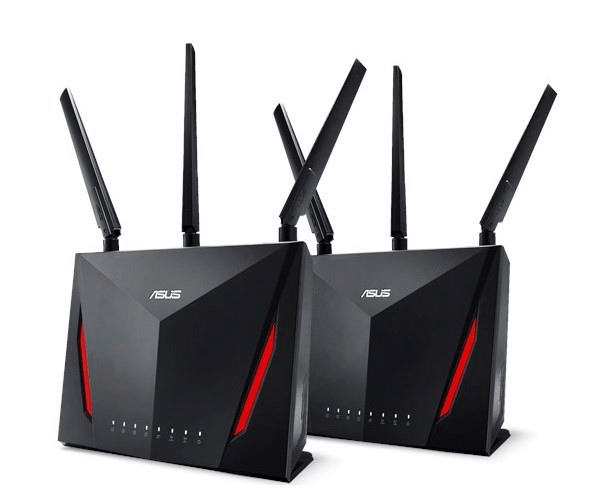 In addition, the router can operate as a WTFast client, automatically connect to the Gamers Private Network (GPN) 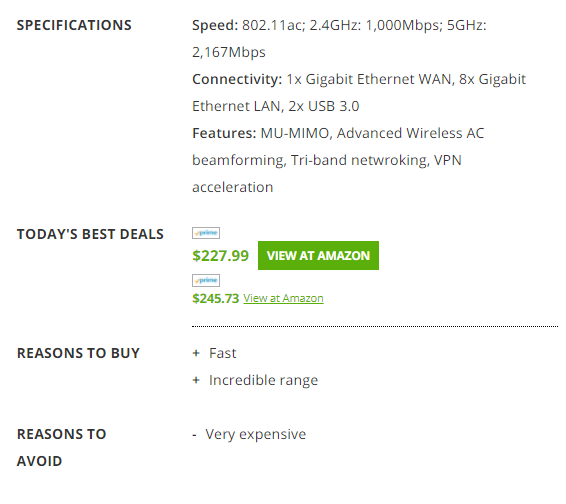 The Archer C5400X's Broadcom BCM 4366 Wi-Fi chip has a 1.8GHz quad-core processor with three auxiliary co-processors along with 512MB of storage space and 1GB of RAM. It can offer the highest performing home-networking available. It became outstanding as the gaming-router competition with a top speed of 859.5Mbps at 15 feet, 16%, and 53%, respectively.

In detail, the device makes signals more and more melodramatic, all add up to a screamer. The ability of the TP-Link Archer C5400X router is to deliver 1Gbps over its 2.4GHz band, and 2.167Gbps over each of its two 5GHz channels. 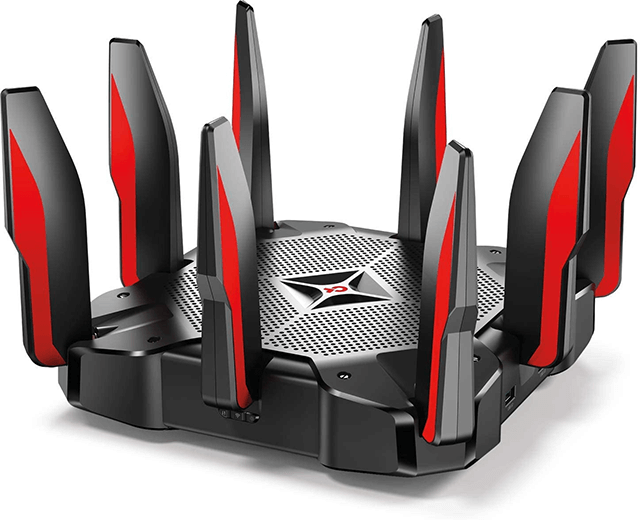 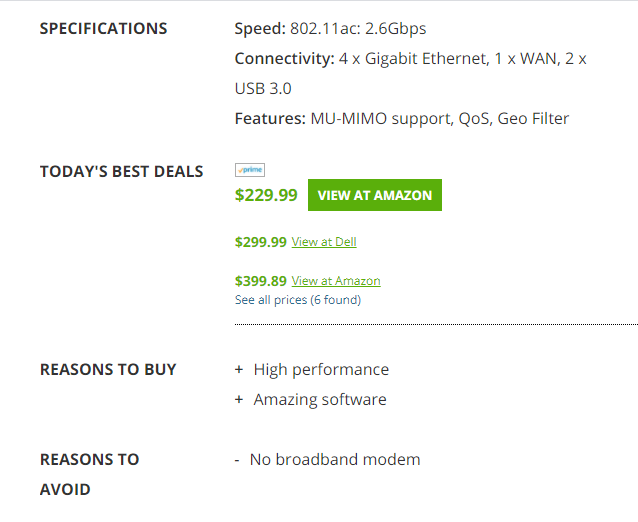 How about if you are playing a thrilling game match, your roommates are watching a movie on Netflix or downloading their own large files at the same time? That is really mad and it is also the time you should consider Netgear Nighthawk XR500.

What makes it special? Not only will this elite gaming router deliver a ridiculously fast 2.2Gbps speed, but thanks to MU-MIMO support with unique gaming features like location-based connection filtering and QoS, this enables you to play gaming all night without hitting a paralyzing lag spike.

With the price of $239, this gaming router will be sure to make you satisfy both design and amazing features. This device has a series of LED status indicators along the front edge for power, internet, both Wi-Fi bands, guest Wi-Fi, both USB ports and four LAN ports. Also, you can connect through USB thanks to two USB 3.0 ports on the left side.

Furthermore, the Netgear Nighthawk XR500 router offers the Geo-Filter feature which reduces lag by restricting the distance to the host servers you play on. 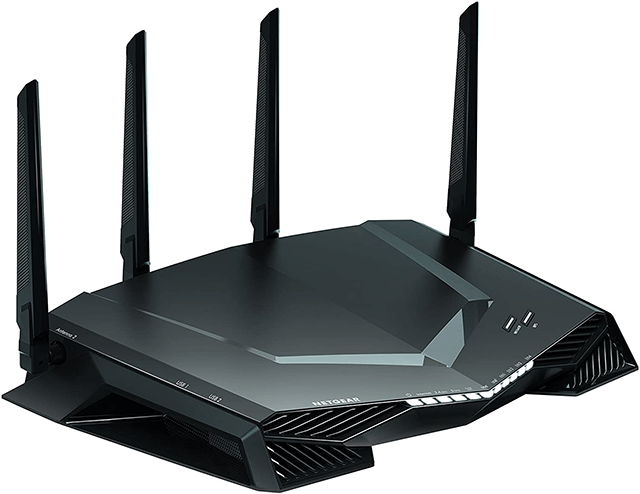 Not only will this elite gaming router deliver a ridiculously fast 2.2Gbps speed, but thanks to MU-MIMO support, this enables you to play gaming all night without hitting a paralyzing lag spike. 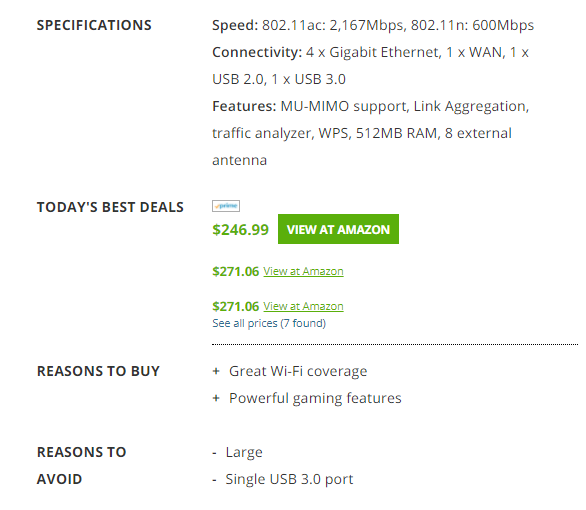 The Asus RT-AC5300 is a fantastic high-end gaming router that you also consider purchasing for playing game interest. This device is filled with a bunch of striking features. Also, the Asus RT-AC5300 router has an incredibly simple yet powerful interface along with comprehensive QoS settings.

Like other gaming routers, this router technology is also designed with eight antennas as a spider that take the responsibility of directing your Wi-Fi signal reaching throughout your home, giving this router an excellent range.

Furthermore, its headline feature is that the RT-AC5300 is able to broadcast three wireless bands, where most other routers stick to two. That means you could connect one 2.4GHz band at 1000 Mbps for older legacy devices, and then connect two 5GHz bands at 2167Mbps 802.11ac. Thanks to this feature, you are totally able to have older devices on the 2.4GHz band, freeing up 5GHz bands for new devices.

This idea appears because nowadays, there are more and more 5GHz-capable devices, therefore, the 5 GHz band can turn into crowded with more traffic and as a result, the slower and less reliable connection is a certain thing. 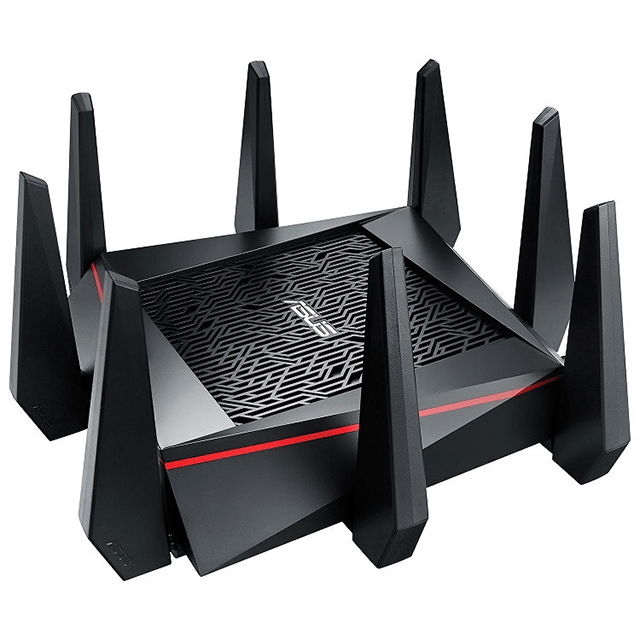 Like other gaming routers, this router technology is also designed with eight antennae as a spider that take the responsibility of directing your Wi-Fi signal reaching throughout your home, giving this router an excellent range

With the 5 good gaming routers above, you can improve the game - playing experience. Of course, the price of these devices is not cheap at all, however, if you have enough finance, the best advice is to purchase one of them, speed up your internet. In the case of being unaffordable, you can try out tips to get lower ping at the same time.