Why is my download speed so slow on PC? Try these easy ways

The slow download speed on PC has always been a common issue with many internet users.

If you are confused about why is my download speed so slow on PC, don’t skip this article

Because the various causes as well as provide some simple but effective will be mentioned in this article. 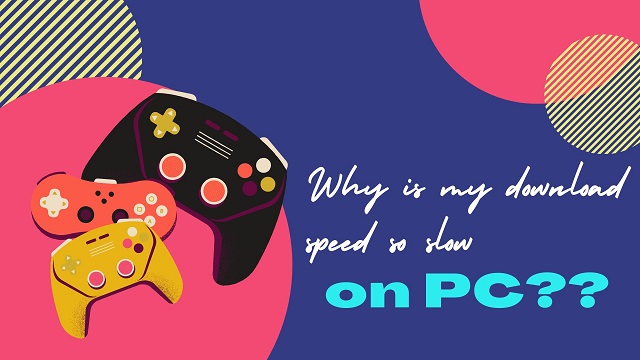 The download speed is the rate at which you get information from the internet.

The majority of internet activity consists of downloading, as well as perusing websites, streaming videos, and gaming.

The speed with which you can download data is influenced in part by your bandwidth, or how much information you may potentially receive per second.

Bandwidth is measured in megabits per second (Mbps) and is determined by the internet plan you have with your internet service provider (ISP).

In general, the more bandwidth you have, the faster your downloading will be.

Why is my download speed so slow on PC?

In many cases, users pick a suitable internet speed plan, yet the download procedure is slow on PC.

In Tom’s HARDWARE forum, the users complained about the PC download speed.  specifically, “My internet connection is 100 MBs fiber wired, but my download rates often run between 250kbps and 1mb/s”.

So what is the main cause of this problem?

Here, we will show you some detailed answers about it:

Older computer systems may be hampered by issues such as an overworked CPU, insufficient RAM, a bad hard drive, or incompatible internet protocols.

As consequence, the downloading process is affected and slows down.

The central processing unit, or CPU, is the computer's brain.

The tasks that go through the CPU might overload an older CPU with slower clock speeds.

This causes slower download times since the download must wait its turn to communicate with the CPU.

RAM, or random access memory, is the memory pool that all computer applications use.

An older computer with less RAM may be overburdened, causing the computer to download slowly.

The hard drive is the computer's permanent memory, and it is in charge of the boot-up process and program opening.

A full or sluggish hard drive may be unable to manage the download, resulting in slower downloads. #4. Internet protocols that are incompatible

Internet connectivity can be wireless (through a wireless access card) or hardwired (through a network interface card).

For internet connectivity, either technique relies on pre-programmed protocols.

The operating system, or OS, is the program that determines how a computer's many components will function together.

Consider the operating system as a piece of a computer that may be outdated and out of date.

As newer operating system versions are introduced, previous versions may no longer be capable of managing the data operations required for quick downloads.

For example, the computer you're using has Windows 7 installed, but the data you're attempting to download is designed for Windows 10.

As a result, Windows 7 will undoubtedly be slower.

Virus or malware on the PC

Malware or spyware may make a computer sick.

Malware is a harmful piece of code that is meant to change the way a computer operates.

This contains, among other things, viruses, rootkits, and Trojan horses. 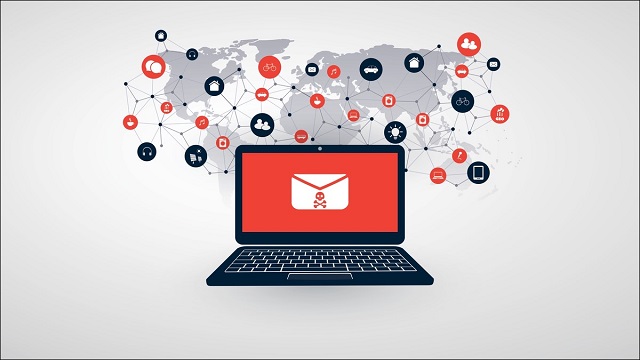 Malware or spyware may make a computer sick

Malware, such as a virus, attaches itself to data such as a file or picture and spreads once installed on the target system.

A virus can use bandwidth by running applications in the background causing download rates to drop.

Programs in the PC Background

When a computer has too many apps running at the same time, download speed suffers.

Some apps are intended to run automatically upon boot-up, which might result in high bandwidth utilization.

The more apps that use the available bandwidth, the slower the downloads will be. 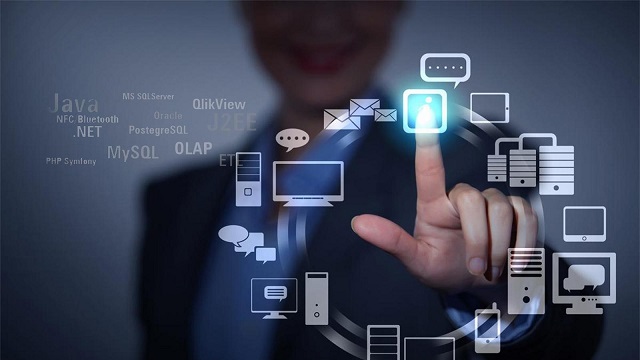 The website itself may be overburdened and unable to manage the amounts of data being transmitted in a timely manner.

For example, suppose your favorite streaming provider releases a highly anticipated film on a specified day and time.

Millions of users from all around the world are attempting to see the film at the same time.

This additional demand will result in slower download times regardless of your bandwidth or computer speed.

This might be due to the ISP's settings in the region. 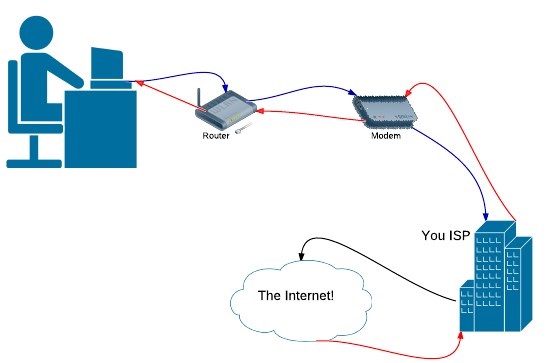 After finding the possible reasons for slow download speed on PC,

Now, it’s time to apply the effective but simple tips below to speed up it.

Here are some guides on How to increase PC download speed?

Obviously, when your computer cannot work well as you needed, an effective solution is to buy a new one.

However, if the cost of purchasing a new one is too expensive for you, consider upgrading individual components.

The task manager can be used to view CPU, RAM, and hard drive utilization.

Most devices have a network connections tab where you can evaluate the network interface.

Each person will have different requirements for PC computers with different purposes such as learning, gaming, etc.

Before purchasing one, we recommend your PC systems that should meet or exceed the following specifications:

When you get an outdated OS, the simple way to fix it is to upgrade the OS.

Luckily, you are able to upgrade it within a click.

Follow these steps to upgrade from Windows 7 to Windows 10: 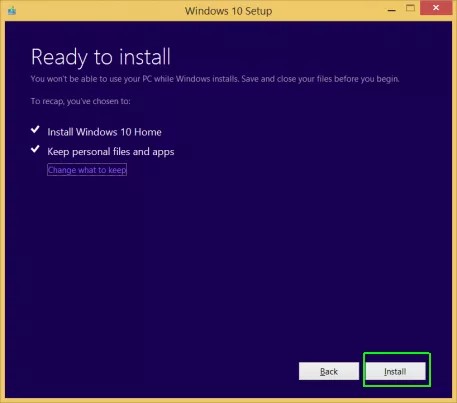 Be patient as the tool downloads the software, especially if you have a slow Internet connection.

After downloading, the software goes through a preparation process and downloads additional files, all of which take time, possibly up to an hour on a high-speed connection. 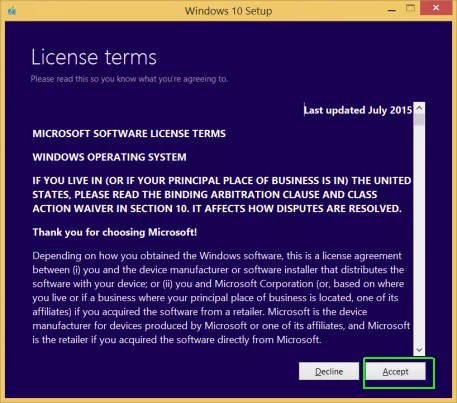 Step 6: If you're upgrading from Windows 7, make sure to check the box next to "keep personal files and apps," or the upgrade will fail.

Then select the Install option. The computer takes about 20 to 30 minutes to copy files. It will reboot multiple times. 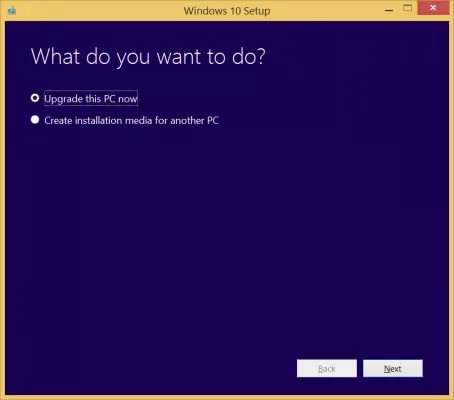 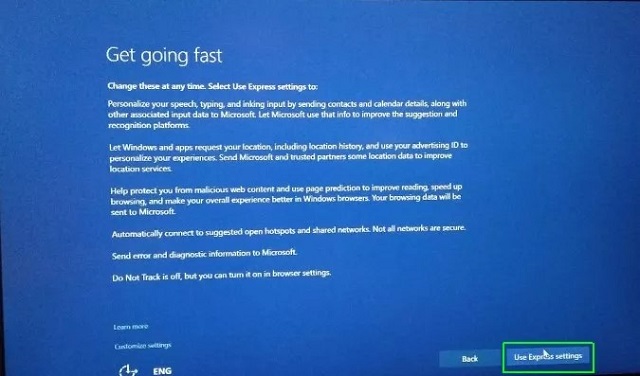 Step 9: Click Next. After saying "finalizing your settings," the computer will take you to the Windows 10 lock screen. Log into your computer. These programs are intended to scan the entire computer system, including all files and running processes, in order to detect, quarantine, and remove malicious code such as viruses and spyware.

A firewall, for example, can be used to prevent infection by scanning all incoming data for suspicious code.

If you’re still wondering about “How to speed up game downloads on Xbox One?”,  you can also try this fix. Having too many background apps might slow down your PC performance.

The reason is that these apps take up your bandwidth without your awareness.

Thus, turn them off to speed up your downloads. 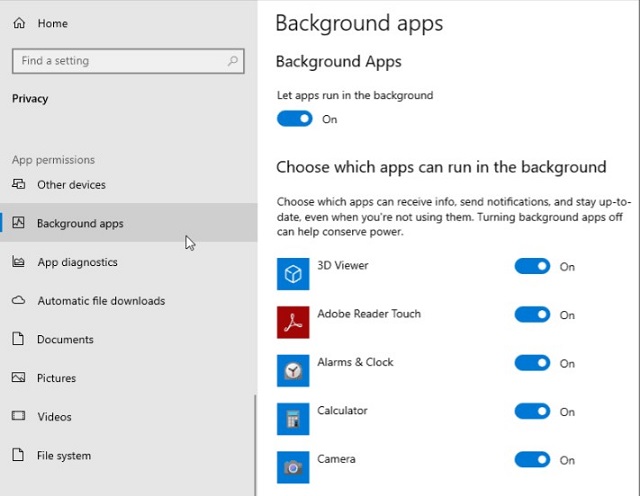 Step 2: Enable or Disable all apps from running in the background 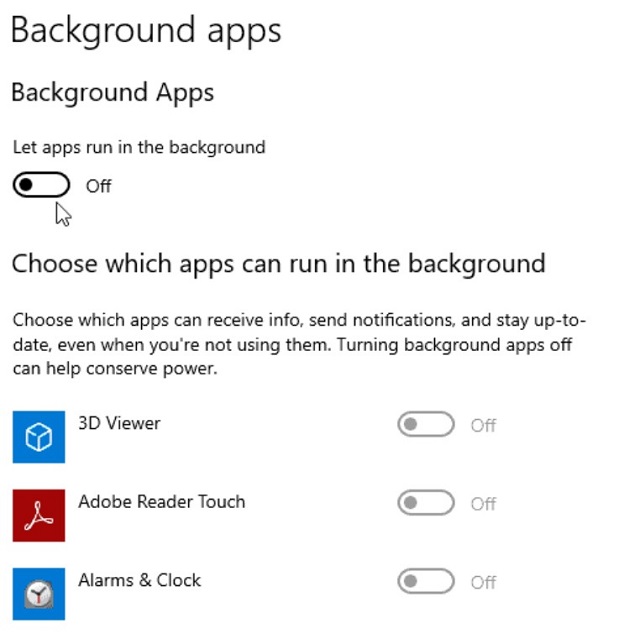 Using the internet at peak hours means that you are able to meet congested traffic.

The solution to this problem is to try to download them during non-peak times for the website.

Try to watch the new release a few days after it is released to allow demand to decrease and download speeds to increase.

You can run several download speed tests to check what time peak hours are. Aside from the 5 fixes above, you can try out some other effective tips such as:

Peer to Peer Update is a Windows feature that allows your computer to share Windows updates with other computers over the Internet in a peer-to-peer line.

As a result, it can compromise our Internet connection and cause a sluggish Internet issue.

Turn off it to speed up downloads.

Windows by default reserves 20% of your bandwidth for Windows Update, system apps, and other purposes, leaving you with 80% of your Internet connection bandwidth.

If you don't use Windows Update on a regular basis and the reservation limit is slowing down your Internet, you can remove it by setting the value to 0.

Slow download speeds can be caused by wrong or outdated Wifi drivers.

Thus, update them to have a better internet performance. 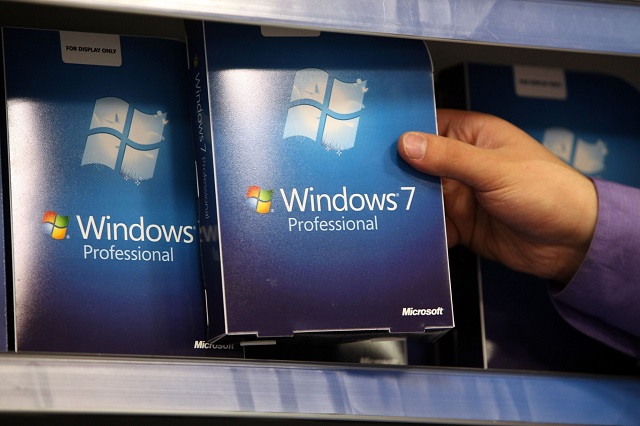 System files that are missing, corrupted, or damaged may slow down your internet connection.

Window Auto-Tuning is a feature in Windows 10 that allows for faster data transfers.

However, it can also cause network interference and connectivity loss.

Disable it if you don’t want to experience slow online speed.

Well-intended, but allowing background apps to consume large amounts of network bandwidth is the reason our Internet speed suffers.

Therefore, turn off it.

Here are some common questions related to this topic.

If you have any questions, please leave a comment in the box below.

Why do I get less Mbps than I pay for?

It is not uncommon for people to experience slower speeds than advertised by their internet service provider.

In fact, this is quite common in everyday usage - you typically pay for "up to" a certain speed and do not always get the exact speed you pay for.

According to the FCC, the best ISPs for two or more connected devices and moderate to heavy internet use should provide at least 12 Mbps of download speed.

25 Mbps is recommended for groups of four or more devices.

We hope this article may help you to better understand the reason why is my download speed so slow on PC. Also, you have a better download experience when using the options provided above. If you have any questions concerning the download speed, please leave a comment. Follow MySpeed to get further information.