What is WiFi 6 and how advanced is it?

Rating:4.8 - 50Votes
Table of contents
What is WiFi 6?
How is WiFi 6 better than WiFi 5 and other previous WiFi standards?
Faster speed
Higher capacity and less congestion
Improved security
Less energy consumption
Focussed Beams
Better user experience on overall
What to do to get WiFi 6?
Conclusion

WiFi 6, have you heard about it? What is WiFi 6 and how advanced is it? Is it the latest and fastest wireless access available out there? Do you need a WiFi 6 connection?

Well, these are all common questions when it's come to WiFi 6. If you are also looking for the answers to these questions, why don't spend a few minutes reading this post? Right below here are many essential things to know about WiFi 6. 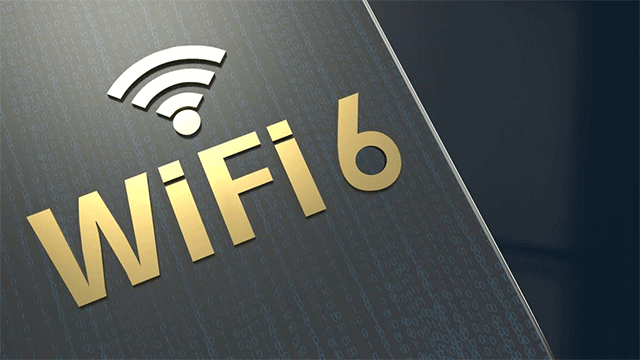 Have you heard about WiFi 6?

The sixth generation of WiFi, WiFi 6, is getting more and more popular these days. By boasting advanced features, WiFi represents the new era of wireless access. WiFi 6, like any previous WiFi standard, does the basic thing of connecting users to the internet, but in a more efficient way in terms of speed, bandwidth, reliability, and more.

To know how advanced new technology is, it's always best to find out what it is first, right? About WiFi 6, as mentioned above, it's the sixth generation of WiFi standard that officially arrived in late 2019. WiFi 6-enable hardware was also rolled out throughout 2020.

WiFi 6 operates on both 2.4 Hz and 5 Hz frequencies. And the 2 key technologies behind advantageous features of WiFi 6 connections are MU-MIMO (standing for Multi-Use, Multiple Input, Multiple Output) and OFDMA (standing for orthogonal frequency division multiple access). 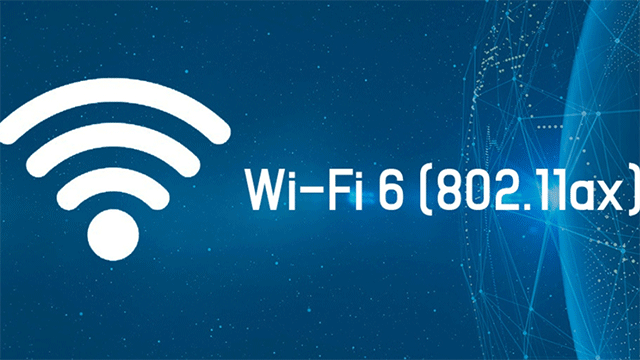 How is WiFi 6 better than WiFi 5 and other previous WiFi standards?

WiFi 6 is the renovated version of WiFi 5, so it's not surprising that it is better. The question here is just about how much better it is. Following are the most notable advantages of the sixth WiFi connection standard. Let's see what they are!

Of course, WiFi 6 delivers a fast internet connection speed. But how fast is it?

If you need a short answer, then it is 9.6Gbps, up from 3.5Gbps on WiFi 5. But both 9.6Gbps and 3.5Gbps are just theoretical maximum speeds that most internet users are unlikely to reach in reality. So, don’t be surprised if you check speed of WiFi connection on your WiFi 6 or WiFi 5 network and can’t get these numbers.

Well, even those speeds could be reached, it's not clear that you would need them all.

Back to the main point here, well, with the number of 9.6 Gbps, it's undeniable that WiFi 6 has a lot greater theoretical speed limit as compared to its predecessors. Certainly, when multiple devices are connected to your network, that 9.6Gbps also means higher potential speed for each device. 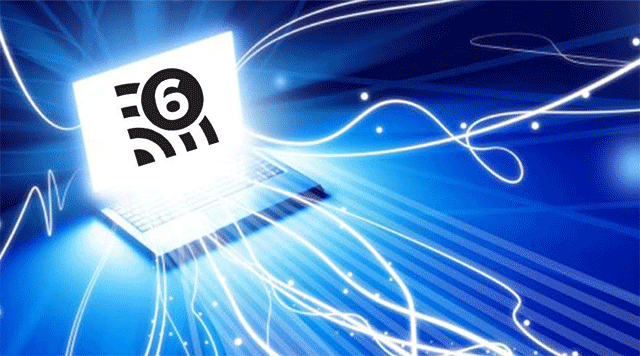 The theoretical maximum speed of WiFi 6 standard is 9.6 Gbps

Not only does WiFi deliver better data rates, but it also offers higher capacity and less congestion due to OFDMA and MU-MIMO features

About MU-MIMO, it involves multiple antennas, allowing information to be transmitted to several devices simultaneously rather than to one after the other. MU-MIMO is the upgraded version of MIMO which is used on WiFi 5. As an upgraded version, the MU-MIMO on WiFi 6 allows communication to 8 devices at once instead of just 4. This means more users/devices will receive equal data rates at the same time. MU-MIMO is optimal in crowded areas with many users using the network.

And what's about ODFMA? This technology allows user data to be transmitted to multiple devices in a single transmission. This way, each transmission will be optimized to hold a maximum of data per shipment. This will help reduce latency and internet fluctuations a lot. 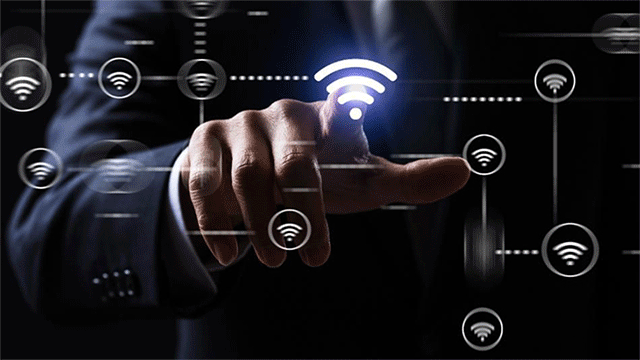 When it comes to WiFi 6 and its advantages, it seems like a big mistake if WP3 technology, the most recent wireless security standard, is not mentioned here.

2018 saw the rollout of WP3 which was a new enhanced security protocol at that time, and wireless networks were able to begin taking advantage of this new feature.

With WPA3, it's more difficult for hackers to crack the passwords by constantly guessing them. WPA3 promises a much greater level of security as compared to prior standards.

In fact, current routers and devices can support WPA3, but it is just optional. However, most WiFi 6 devices are likely to have this feature as WPA3 is required for any WiFi 6 device which wants to receive certification from the WiFi Alliance. 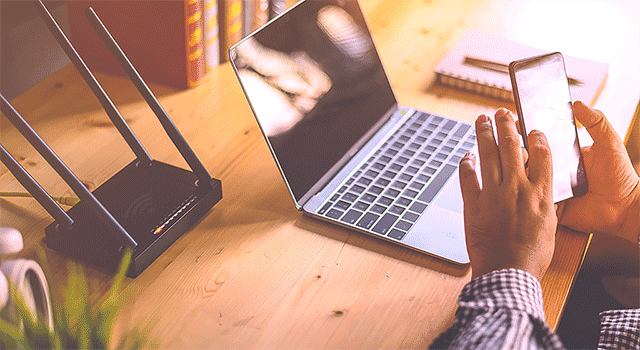 By implementing Target Wake Time (TWT) technology, WiFi 6 also provides a solution for a longer battery life of devices connected to the network. TWT is a new feature integrated into the 6th generation of WiFi. It enables devices to schedule when communicating with the wireless network.

This feature can tell the devices when to put their WiFi radio to sleep and when to wake it up to communicate with the network. This means the WiFi radio of your devices will spend more time in sleep mode, helping reduce power consumption and improve battery life.

To better improve the speed and reliability of the connection, WiFi 6 even utilizes Beamforming technology to focus its data signal towards the position of a wireless device. Thanks to Beamforming, the signal is always focussed in the direction towards the device rather than spreading evenly across the whole area. This way, it significantly improves the reliability and speed of the connection. 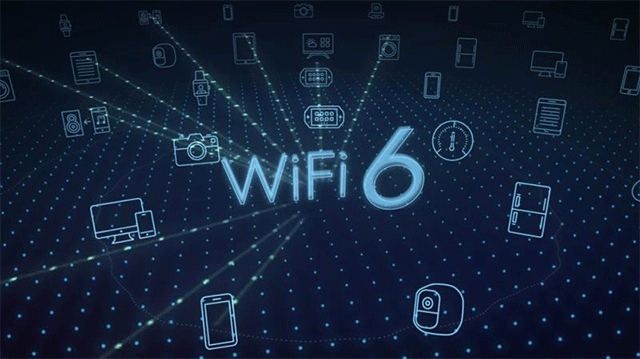 As you can see, WiFi 6 does offer comprehensive benefits to the users in terms of speed, reliability, capacity, security, and energy consumption as well. As a result of all the advantageous features listed above, the 6th generation of WiFi technology provides a much better user experience as compared to its predecessors.

If you find WiFi 6 essential for your work and life and you want to get it, well, you will need to buy new devices. This is because WiFi generations involve new hardware, not only software updates. Therefore, if your current devices don't support the new WiFi technology, you will need to purchase new smartphones, laptops, or others to receive it. 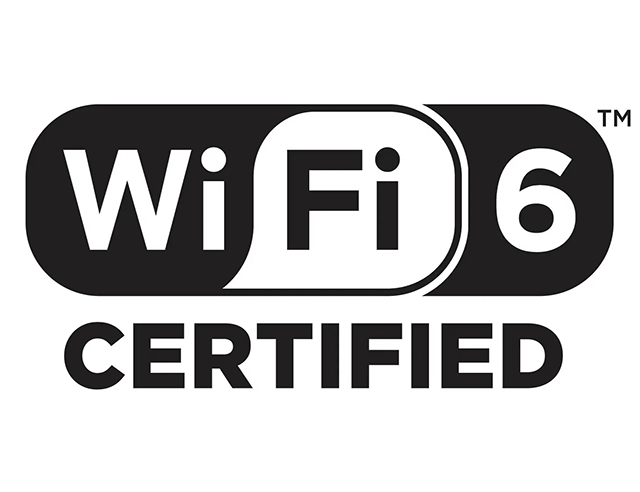 Also, you can't get WiFi 6 without a router supporting this WiFi standard. In other words, a WiFi 6 router is required to get WiFi 6 power. If your router does not support WiFi 6, you will see no significant benefit, no matter how many WiFi 6 devices you have.

We recently learned basic aspects concerning WiFi 6, from what it is, how to get it, and especially how superior it is compared to the older WiFi standards. Not only does it deliver fast internet connection speeds, but also a higher level of reliability, security, and capacity.

Besides, WiFi 6 technology is very advantageous when it comes to energy consumption. That’s how the sixth generation of WiFi can provide internet users with a much better internet experience. For these reasons, it’s no doubt that WiFi 6 has been more and more popular. Well, these are all the things that we wanted to introduce to you in today's article "What is WiFi 6 and who advanced is it?". Hope you enjoyed it!