What is a FAST download speed Mbps? [FULL EXPLANATION - 2022]

In fact, quite a few Internet service providers offer a number of different packages, each offering different download speeds.

If you are looking for a new Internet service, what download speed should you choose?

Scroll down to find out more details! 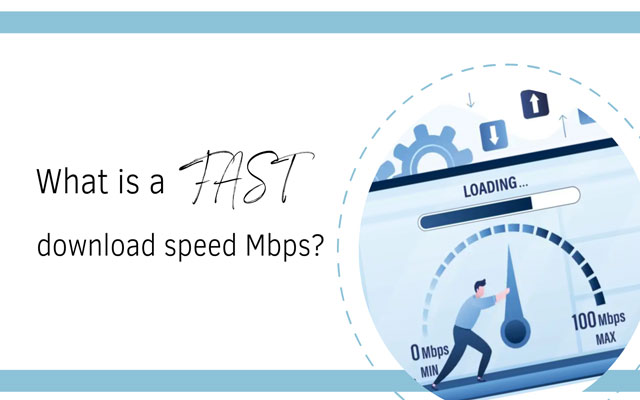 Some information about Mbps

In this part, you’ll find out some basics about the measurement of download speed, which is Mbps.

The acronym Mbps stands for "megabits per second".

It is a measure of Internet bandwidth.

In a word, bandwidth is the download speed of your Internet connection.

This is the maximum speed at which you can download data from the Internet to your computer or mobile device. 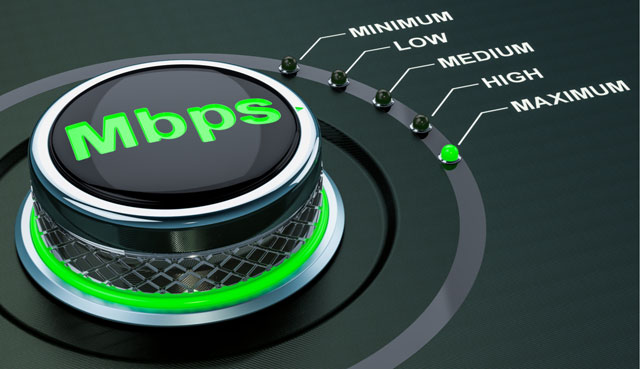 Mbps stands for Megabits per second

Imagine you want to download a song from the Internet.

This bandwidth is measured in megabits per second (Mbps).

In general, the higher the Mbps your Internet service has, the faster the file downloads from the Internet.

The word "download" here doesn't just refer to copying something from the Internet to your device.

Even when you are browsing the web, the files must be downloaded to your browser.

Well, these two measurements are frequently mistaken for each other.

So what is the difference between them?

In general, the primary distinction between these two is between bits and bytes.

Megabits per second are denoted by the first abbreviation, Mbps, with a lowercase "b."

On the other hand, megabytes per second are denoted by the second, MBps, with a capital "B." 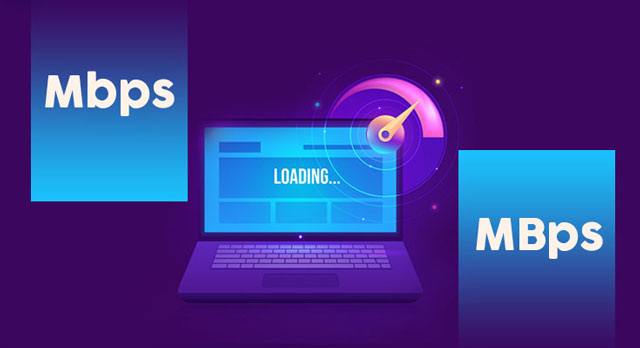 Mbps and MBps are different

For instance, if your favorite HD movie is 12 GB in size, it would take about three hours to download it on a 10 Mbps Internet service.

MBps is a unit of measurement for how quickly a file is downloaded or uploaded.

The velocity of download, however, is maybe 100 MBps when downloading a video game.

Although they both refer to measurements, the names have different meanings.

When discussing Internet upload and download rates or the rate at which data is uploaded or downloaded, Mbps is frequently used.

The term "bandwidth" may also be used to describe it.

Convert Mbps to Kbps and Gbps

First, how about the conversion Mbps to kbps download speed?

One megabit is equivalent to 1,024 kilobits.

The reason why anyone would ever require a download or upload speed of 1 Gbps or higher is rather straightforward: most of us don't.

But for computer enthusiasts, gamers, streamers, and big families, these speeds might be worthwhile.

Now, let’s get into the answer to the title question!

According to AllConnect, any download speed that is 200 Mbps or higher is regarded as "fast."

Any speed or service that approaches or exceeds 1,000 Mbps is referred to as gigabit.

These are premium service plans, and they are frequently restricted to specific locations where service providers have built out their networks to support these speeds.

However, most households don't need this level of speed.

These speeds are typically only available to commercial users or networks with significant traffic and demand, such as those found on college campuses.

Your home probably needs less speed than you realize.

To know the acceptable download speed for basic tasks, read the next part!

Have you ever wondered what is a good download speed?

A good Internet download speed for most households is 10 Mbps per person.

Of course, it depends a lot on what you do online and the number of devices on your home network.

For basic web surfing or email, 10 Mbps is enough to give you a seamless online experience.

On the other hand, video streaming services like Netflix and Hulu are some of the most bandwidth-intensive activities people engage in.

If you have several TVs that stream movies along with an iPad that streams YouTube, you'll want higher download speeds. 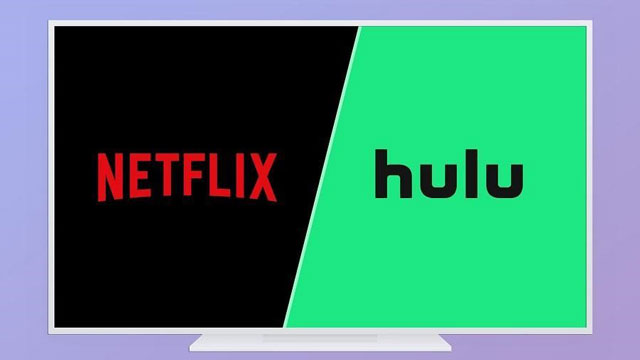 Netflix & Hulu are among the most bandwidth-intensive activities

For two or more users who regularly stream high-definition or 4K video, play online games, or work from home, a speed of 12 to 25 Mbps is reasonable.

That said, most experts recommend even higher speeds - at least 100 Mbps - for households with heavy Internet usage.

So, if you wonder how fast is 5Mbps download speed, the answer is quite obvious.

This speed still allows you to access basic web browsing, checking email, and streaming music on only one device.

Of course, this is a pretty low speed and you shouldn't expect it to deliver high performance.

Look at the table below to understand more:

Well, it is a common question.

Running a speed check, you’ll know if your speed is acceptable or not.

Nowadays, there are a lot of Internet speed check websites that will give you the answer within a few clicks.

They are free and easy to use, as well.

Let’s take MySpeed as an example.

Look at how to use it:

MySpeed is a reliable testing tool

In addition to MySpeed, go can visit Speedtest by Ookla, SpeedOfme, etc.

Speed recommendations for the Internet

Selecting the ideal internet speed can be challenging.

It appears that you can get by with a minimal plan when you consider how much speed each activity uses, like 5 Mbps for HD Netflix.

There are several things you should take into account, though.

Every time a provider lists an internet speed, they are always describing the speed over a wired connection.

However, practically everyone accesses the internet over WiFi, which often offers just 50% to 60% of the promised plan speed.

You may experience some problems if you just use the minimal speeds advised for your online activities.

What Internet speed should you get?

Most speed recommendations are for a single device.

However, practically every household now has many connected devices that are using bandwidth concurrently.

For example, if you have two devices using a 100 Mbps connection simultaneously, the bandwidth will be distributed equally among them.

Each will receive rates of up to 50 Mbps.

As a general guideline, allocate 20 Mbps to each device that will be concurrently connected to the internet.

A 100 Mbps internet speed is adequate if 4 people are using smartphones, one TV is streaming Netflix, and another person is playing online games.

Frequently Asked Questions (FAQs)
1. How much of a difference does a good Internet speed make?

Small speed increases like 15 to 25 Mbps probably won't have much of an impact on performance.

On the other hand, bigger jumps like 10 to 100 Mbps can completely change your experience.

In fact, having a 2,000 Mbps or faster Internet plan at this time is not necessary.

If your Internet is so fast, it's like having a raised 4WD work truck.

You can’t use it unless you engage in some industrial-strength online activity, like mining cryptocurrencies with many PCs connected to the same WiFi.

If your download speed is 500 Mbps, you can simultaneously stream ultra-HD video to 20 different devices or download an HD movie in one minute.

Moreover, you may easily stream ultra-HD movies to up to 20 devices at once if you have a broadband Internet connection with download speeds of 500 Mbps.

4. What is the fastest Internet speed?

The fastest Internet speeds in most cities hover around 1 Gbps or 1,000 Mbps.

In other places, you might only have access to slower cable or DSL Internet service or speeds twice as fast.

This article has helped you to understand what is a fast download speed Mbps. Now, try to run speed tests to check if your Internet service providers have given you the speed they promised.