Steam 2020 Year in Review: What a huge year for Steam and PC gaming!

Rating:4.6 - 50Votes
Table of contents
Many impressive figures
Not only PC gaming but VR is also on the rise 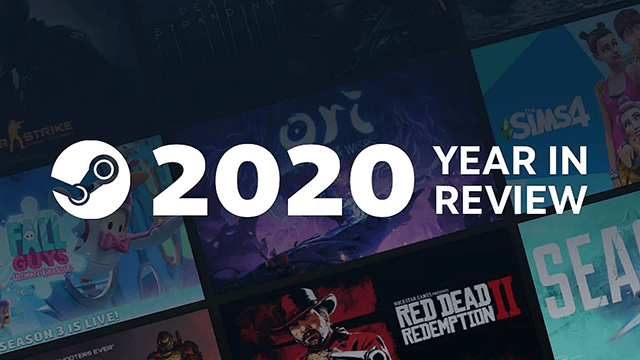 2020 did see a massive jump in the number of users on Steam. PC gamers increased their playtime by more than 50% last year, along with 2.6 million new purchasers bought games on the platform each month.

In addition to a lot of newcomers to Steam and the massive extra time spent playing, its data also revealed an increase of 21.4% in the number of games sold in 2020. Notably, the peak concurrent players on this platform were as many as 24.8 million people, setting a new record for the number of players playing at once for the second time last year. 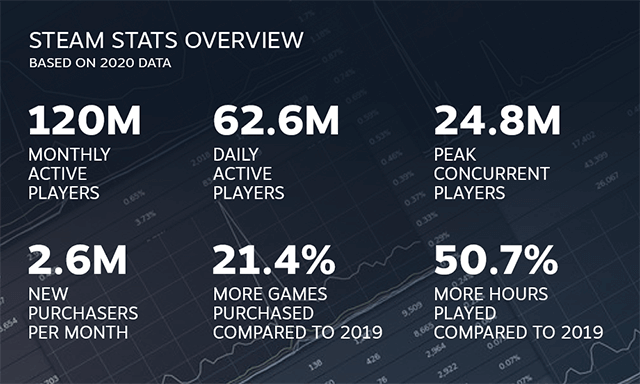 2020 did see a massive jump in the number of users on Steam (Image source: steampowered.com)

Not only PC gaming but VR is also on the rise

VR revenue also saw a nice rise on Steam with an increase of 71% year-over-year. Though Half-Life: Alyx made up 39% of that increase, other VR game sales also had great success, boosting 2020’s revenue by the remaining 32%.

According to the report, 1.7 million players were using Steam’s VR interface for the very first time. This is potential because of new headsets coming to rave reviews, such as the Oculus Quest 2. Besides, people were also playing more in VR, with playtime increasing by 30%.

See also: What is Good Internet Speed for Gaming?