Rating:4.9 - 50Votes
Table of contents
Despite the growths in paid subscribers, Spotify is still losing money

Spotify has recently revealed its financial results for Q4 last year, showing strong growth in the number of its glocal Premium Subscriber base in the last quarter of the year (ended December 31st). 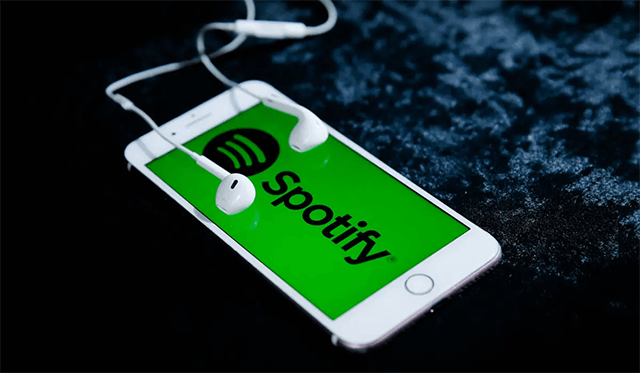 Despite the growths in paid subscribers, Spotify is still losing money

According to the Wall Street Journal (via the Verge), the average revenue per Spotify user decreased by 8 percent to €4.26 (about $5.13) as compared to 2019. That's due to the discounted plans used to attract new subscribers, as well as the lower prices the company charges in markets like India and Russia.

However, advertising revenue was up, accounting for 13 percent of revenue in spite of historically bringing in <10 percent. As per WTJ, advertising has become a growth area when the company expands the podcast business.

Overall, Spotify made a loss of €125 million; however, that's significantly down from the €209 million loss the company made in the previous year. The WSJ notes that it is rare for Spotify to post a profit as it continues to invest money in growth. 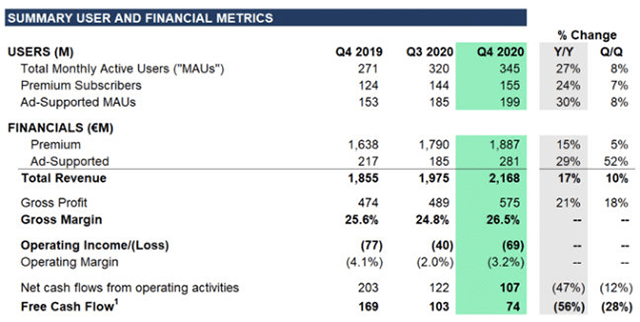 The earnings report comes as the company continues to make large investments outside the music. Spotify recently made moves into audiobooks. It's also heavily investing in podcasts, now offering over 2.2 million podcasts through its services. Spotify's podcast consumption was reportedly up almost 100 percent compared to Q4, 2019. The company also says that 25 percent of Spotify users engaged with podcast content during Q4 2020.

Details on Spotify’s financial results for Q4 2020 can be found here: https://investors.spotify.com/financials/press-release-details/2021/Spotify-Technology-S.A.-Announces-Financial-Results-for-Fourth-Quarter-2020/default.aspx