Rating:4.7 - 50Votes
Table of contents
It’s yet clear what games can hit the higher resolution

The rollout of 1080p support for PlayStation Now will take several weeks, according to Sony. Read along for more details.

Last Thursday, Sony announced on Twitter that PlayStation Now will soon support 1080p resolution for 1080p capable games. This cloud gaming service previously supported streaming at 720p, so the latest announcement from Sony about 1080p support is a welcome change. 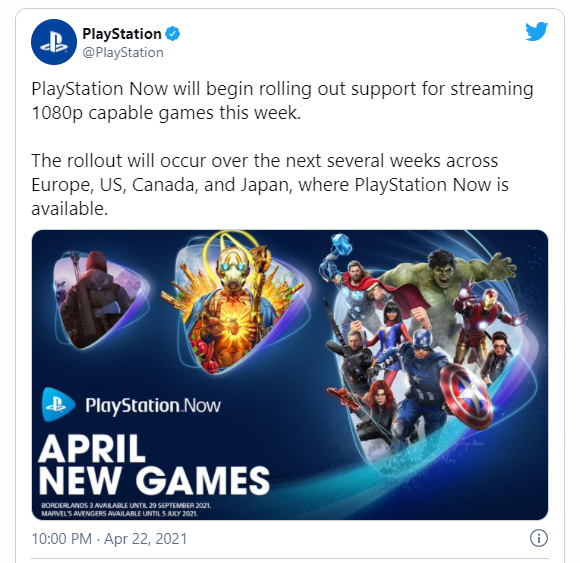 Sony announced on Twitter about the rollout of 1080p support for PlayStation Now (Image Credit: Screenshot)

It’s yet clear what games can hit the higher resolution

In its tweet, Sony said “1080p capable games,” meaning that only some titles will be able to stream in the higher solution. As of right now, Sony has not yet shared a list of what games get 1080p support.

Up until this rollout, PlayStation Now only allowed streaming resolution of up to 720p for more than 800 games available on this platform. Offering the higher resolution for some games on the service lets PlayStation Now be on par with other cloud gaming competitors like Google's Stadia, Amazone's Luna, and Microsoft's Xbox as well.

While Google's Stadia and Amazon's Luna already offer 1080p streaming, in which Google's Stadia can even hit up to a 4K resolution, Microsoft's Xbox cloud gaming service is currently testing 1080p support which appears to be soon available to subscribers. 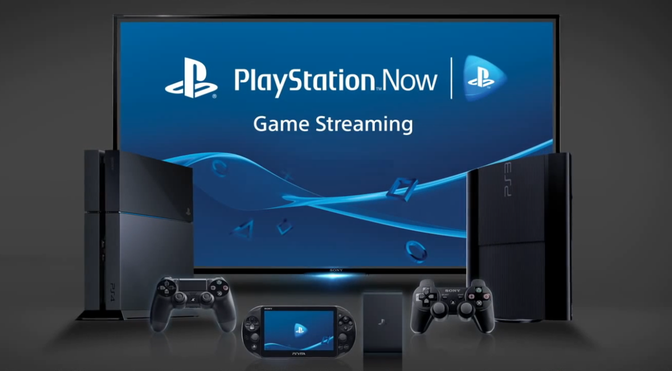 If you are unfamiliar, well, PlayStation Now (PS Now) is a cloud gaming subscription-based service that provides access to hundreds of PS4, PS3, and PS4 games. New titles are added to PlayStation Now on a monthly basis, keeping the service feeling fresh. It's also worth noting that some titles on PS Now can be downloaded to play offline. Earlier this month, Marvel's Avengers, The Long Dark, and Borderlands 3 were added to PlayStation Now. Many other games are also expected to be rolled out on the service throughout this year. PlayStation Now is a great option for those with a stable and fast internet connection speed to enjoy online gaming.

See also: Wired vs wireless internet for gaming: Which is better for you?