High speed internet vs WiFi: Why is WiFi 6E better than WiFi 6?

What is the difference between WiFi 6E and WiFi 6?

How advantageous is this latest WiFi standard compared to previous standards?

Is high speed internet the same as WiFi when it comes to WiFi 6E?

If you are looking for the answers to these questions, why don’t spend some minutes checking out this post titled “High speed internet vs WiFi: Why WiFi 6E is better than WiFi 6”? 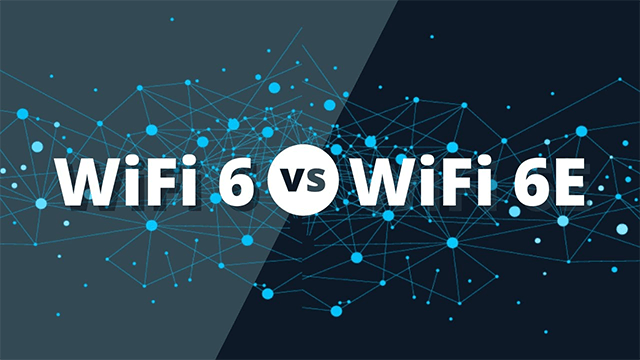 WiFi 6E is better than WiFi 6

Before jumping into exploring what next-gen WiFi 6E really is, let’s check out its previous WiFi standards, starting with the very first version of WiFi, 802.11b which dates back to 1999.

And just like WiFi 6, WiFi 6E is also called 802.11ax, but it operates on a different spectrum.

More details on the differences between WiFi 6E and WiFi will be discussed more specifically in the next part of this writing.

Now, back to what WiFi 6E is, generally speaking, it’s the latest standard for an extension of WiFi 6, enabling the operation in the 6GHz band along with the currently supported 5GHz and 2.4GHz bands.

In other words, WiFi 6E is WiFi 6 over the 6 GHz spectrum.

That means all the devices communicating on the 6GHz band would also be WiFi 6E devices.

Of course, WiFi 6E is better than the previous versions in terms of range, speed, latency, and bandwidth since it is the latest WiFi standard right now. 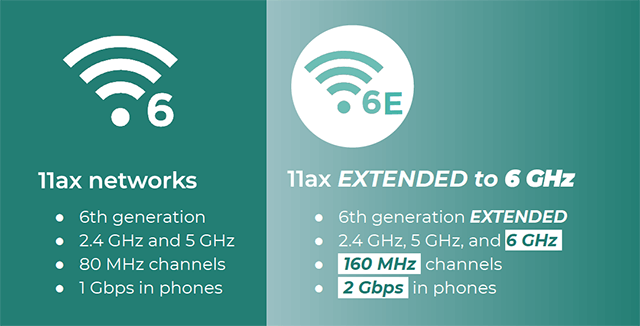 How is WiFi 6E different from WiFi 6?

As you can see, WiFi 6E is identical to WiFi 6 with the letter “E” added, which stands for “Extended,” indicating the extended usable wireless band of 6 GHz.

That’s why it’s said that WiFi 6E is the extension of WiFi 6. Due to that, there aren’t a lot of differences between these 2 WiFi standards.

The biggest difference between WiFi 6E and WiFi 6 lies in the spectrum they operate.

WiFi 6E network operates on the 6GHz band, offering much higher bandwidth as compared to any older WiFi generations, including WiFi 6.

About 6GHz, it is the new frequency band having the range from 5.925GHz to 7.125GHz that allows up to 1200MHz of additional spectrum.

Not like existing bands that WiFi users have been familiar with for years like the 2.4 and 5 GHz, the 6GHz band exists without interference or overlap.

Benefits of the next-gen WiFi 6E

In that way, users will be able to enjoy AR/VR gaming, 8K movies, and large file downloads without buffering.

Do you want to get a clearer idea of the potential benefits of the 6GHz band that the new WiFi standard of 6E operates on?

If that’s the case, let’s take a quick look at a simple comparison between 80MHz channel width availability to the 5GHz band of frequency.

But with the 6GHz band, there’s a 133% increase of channels to up to 14 non-overlapping 80MHz channels. 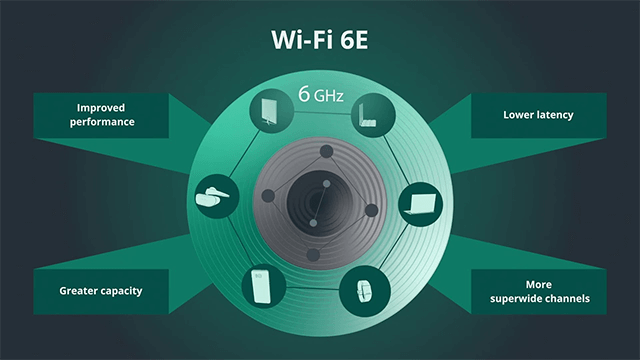 But that still can’t compare to WiFi 6E or WiFi 6 over 6GHz spectrum which allows a higher number of non-overlapping 160MHz channels (7 channels).

That will help eliminate significant congestion, especially in areas where so many networks are operating like MDUs, Enterprises, and more.

In a nutshell, WiFi working on the super-wide 6 GHz airwaves is expected to double the effective throughputs as it has multiple 160 MHz channels, compared to the practical 80 MHz channels in the 5GHz band. 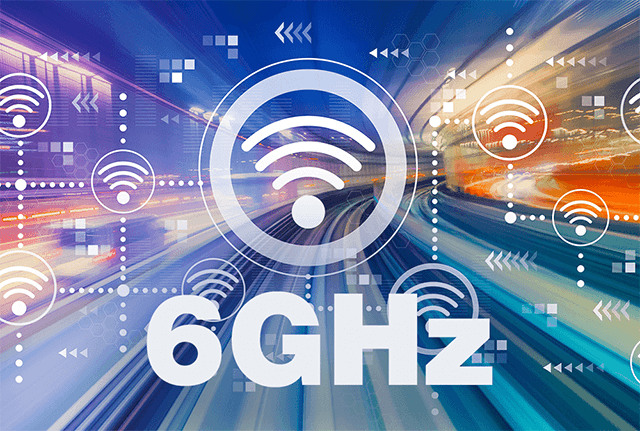 WiFi 6E or WiFi 6 over 6GHz band will help change the game for WiFi 6.

Though WiFi 6 offers upgraded performance in network capacity and efficiency, its advantages aren’t fully realized while competing with other transmissions.

But the availability of the 6GHz band only for WiFi 6 traffic (WiFi 6E) will allow it to meet its intended potential.

See also: is someone stealing my wifi

Here are some basics about WiFi 6E.

Though it’s the extension of WiFi 6, WiFi 6E, or WiFi 6 over 6GHz band of frequency, will help level up our WiFi experiences in a very significant way.

It’s no coincidence that next-gen WiFi 6E is considered the biggest upgrade to WiFi in 20 years. Want to know how fast your WiFi is?

That’s all for today’s article. The next posts will be about “How to limit Internet speed of wifi users?” and “Will mesh wifi speed up Internet speed?”; let’s check out now.