What is ping measured in?

How is ping different from latency and jitter?

Any gamer will likely claim that high ping is the most significant hindrance to their games.

This is because it’s the most common source of video game lag.

All of these concerns will be addressed in this post, along with the top 3 practical methods for checking ping.

After that, you’ll have a better grasp of internet speeds and can pick the ideal internet plan for your online needs. 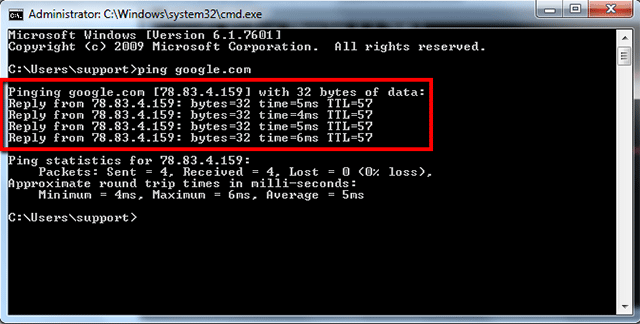 What is used to measure ping?

What is ping ms in speed test?

In an internet speed test, aside from important specs download speed and upload speed, ping is also vital.

Ping term is used to measure how fast a digital data signal delivers from one place ( eg. a computer) to another (eg. a website).

It is used to troubleshoot your connection and measure response time.

How does ping work?

Ping works by sending and replying to an ICMP request to a specified interface on the connection.

A ping signal is transmitted to a specified address if a ping command is created.

Once the target host gets the echo request, it’ll respond by sending an echo reply. 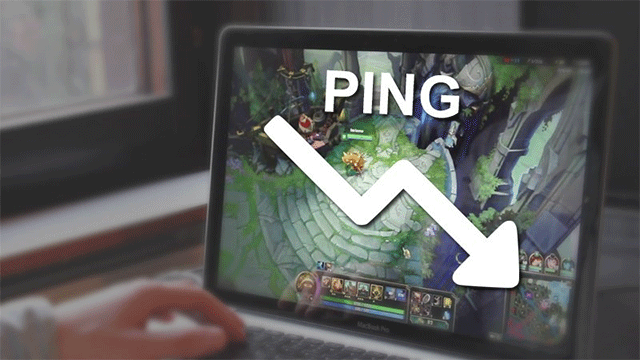 How does ping work?

Through this approach, we can verify whether the target host is available and measure round-trip time at the same time.

The reaction time is a measurement of how long it took to obtain a response.

While ping time is not vital for many internet users, it is appreciated in online games a lot.

It measures the amount of time required for a signal to travel from a computer or console to a game server.

Thus, it can be considered an essential factor affecting seamless gameplay. 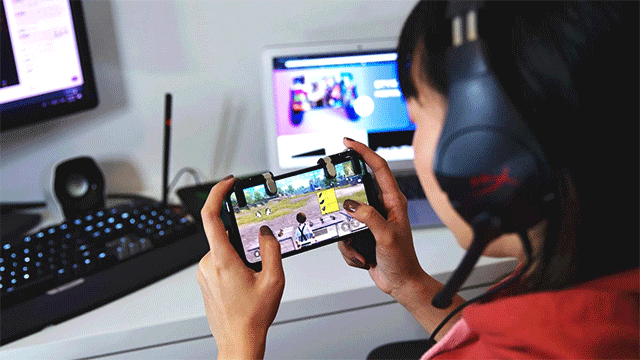 Role of ping in online games

Whether you’re shooting through sights in MW or rating every player to Elite in Smash Ultimate, the poor ping has put its fair share of yours on edge.

"Ping is a measurement of your connection's response time or how quickly you obtain a response when you make a request. The ping time is measured in milliseconds (ms)."

If your ping is 100ms, it takes 100 milliseconds from when you pressed a button for the console to get that information and the display to respond.

Simply said, it takes 100 milliseconds from input to action. 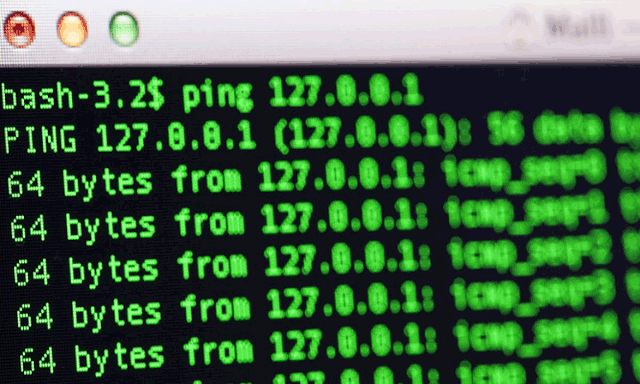 Ping is measured in milliseconds

Ping is critical when using real-time applications such as video streaming or online gaming.

The lower the ping value, the quicker your network connection.

To check your ping, read on more…

While understanding ping results, you need to distinguish some common confusing technological terms.

“Latency is the time it takes for data to move from your device to the server and is defined as the reaction speed of your internet connection.”

It’s vital to realize that latency, rather than speed, is measured by the quality of your internet connection.

Ping is the signal delivered from the device to the server.

Whereas latency is the time it takes for the ping to return to the device.

Ping rate and latency are both used to measure the time it takes an information packet to reach point A to point B.

Low ping rates are thus good for games since they eliminate latency and increase gameplay smoothness.

The fluctuation or change in latency across time is referred to as jittering.

Simply put, there is no jitter if every information packet takes the same amount of time to travel from point A to point B.

Ping time is the amount of time it takes for a ping packet to be sent to and received from a remote system.

Jitter is a measure of how constant that time is.

Ping vs. Latency vs. Jitter

What is a good ping ms speed?

That said, the lower the ping is, the better the network connection is. 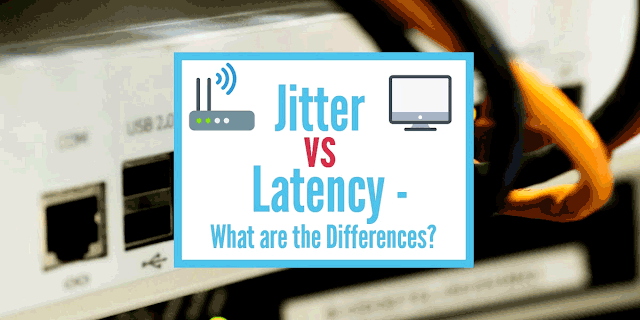 Jitter is different from ping

What is a good ping ms speed?

That said, the lower the ping is, the better the network connection is.

But what is the threshold of it? What is a good ping test result? How about 17 ms ping?

When finding answers to what is a good ping speed for the internet, you often hear the words “high ping” and “low ping”.

In general, a "low ping" is better, especially in games where time and position are critical. 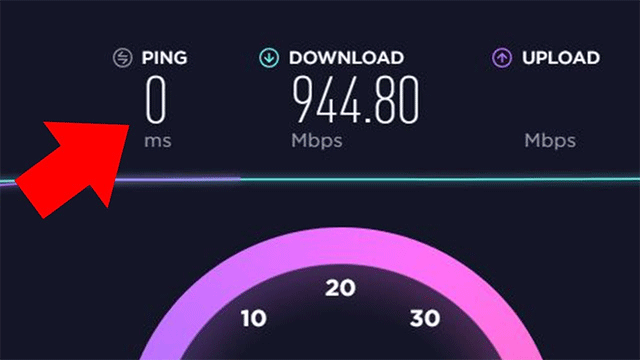 The lower the ping is, the better it is

Both "low ping" and "high ping" have values that fall within a certain range.

Ping times of 100 ms or less are typical for most broadband connections.

“In gaming, pings of 20 ms or less are regarded as excellent low ping. Pings of 50 ms to 100 ms are considered very good to average. Pings of 150 ms or more are considered less desired and high ping."

How to check ping in gaming?

You may measure internet latency in a variety of methods without installing many applications or software.

Simply, use MySpeed as an illustration:

Use the ping test app

Instead of using a web browser, you can also use the speed test app to measure ping.

Using the Speedtest by Ookla app as an illustration.

Perform the actions listed below: 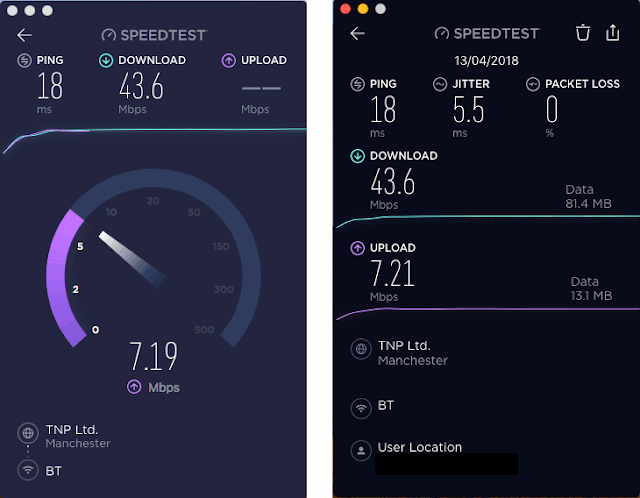 You may also use a browser plugin to measure the ping of the internet.

If you are interested in the topic of “What is ping measured in?”, don’t ignore the following common-asked questions:

1. How is ping calculated?

A packet is known as a block of data sent across a network from a client to a server or from a server to a client.

It's the method of communication used by clients and the server.

Also, a frame on the server is how frequently the server will carry out all of its operations.

Besides, it refers to how frequently the screen image is changed on the client.

In applications where timing is crucial, a low ping indicates a more responsive connection (like video games).

The lower the ping is, the better it is.

Anything 20ms or less is typically regarded as excellent.

So, 2ms ping is ideal for a smooth gaming experience.

As previously mentioned, a ping lower than 20 is ideal.

Well, it also means that your ping is too high if it is measured at 350ms.

Consequently, your game will lag and you’ll be shadowbanned, even worse.

4. I have a good internet, but why is my ping so high?

High ping does not have a single cause.

A fault with the gaming server, your ISP, or the location of your server could all be reflected by a high ping.

Let's look at each one and determine which one you fall into.

As said above, ping is measured by milliseconds (ms) and a good ping speed is under 100ms. In case your result is higher, you should find ways to reduce it by using a ping test website, test app, or web extension. If you are interested in our post about “what is ping measured in?”, comment below to let us know!

What is a good ping download and upload speed on speed test? Fully Explained

How to reduce LTE ping latency with easy tips: The first is a surprise